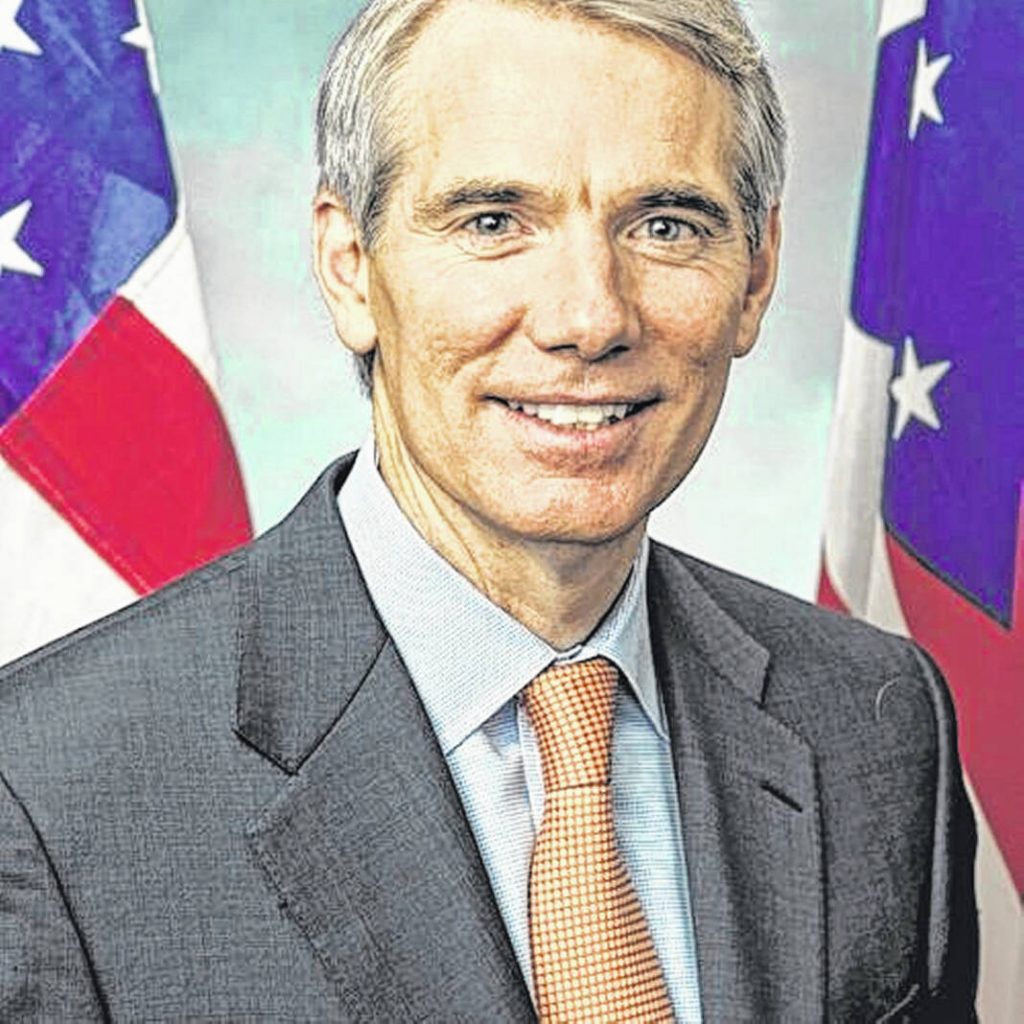 “It said the government would do more in terms of government subsidies for production of semi-conductors here in this country,” Portman said of the bill, which passed with the support of every Democrat and 19 Republicans. “Now that doesn’t seem like a very Republican thing, in a way, but I voted for it for the simple reason that we have no choice, if we’re going to remain competitive.”

The legislation, he said, has to do with more than just semi-conductors, also known as semis or chips.

“The semiconductor piece is about $52 billion of it,” Portman said at NCR Country Club in Kettering. “That is a lot of money, but frankly it is a lot less than other countries around the world are putting into their incentives for chips to be made in their country.”

Those chips are in everything from cars, smartphones and medical equipment to computers, gaming hardware and appliances like washing machines. But they’ve been affected by supply chain problems.

Chips also are “the single most important aspect” of the United States’ national security,” he said.

The United States, which about 30 years ago had made 37% of semiconductors in the world, after being the ones that developed the technology, now makes between 10 and 12% of them. Portman said it is “a national security concern” for the United States to return chip production to its former level.

The chip shortage, he said, coincides with Intel, one of the world’s leading semiconductor companies, deciding that it will build a semiconductor fabrication plant only 87 miles from Dayton, outside Columbus and representing a $20 billion investment, “the largest investment in the history of Ohio, by far.”

Portman also discussed his work to advance workforce legislation in the Senate, such as his Jumpstart Our Businesses By Supporting Students (JOBS) Act, a bipartisan piece of legislation aimed at better supporting today’s students by making “high-quality, shorter-term education and training programs” eligible for federal Pell Grants.

“You can get a Pell Grant to go to college but you can’t get a Pell Grant to get a certificate that’s industry-recognized at a place like Intel as a machinist, welder, truck driver, hospital tech or a coder,” he said. “There are young people going through programs like the Miami Valley Career Tech Center who are being told, ‘You want to go to college and get an English degree? We’ll give you a Pell Grant.’ To do it, your family has to meet the requirements in terms of relative low income, but if want to go get a degree to be able to become a coder, you’re on your own.”

“I know there’s strong interest from the Air Force Materiel Command at Wright-Patt to bolster our workforce,” he said. “We tried to do this in previous NDAA but I think we’re going to get it this time.”

Chris Kershner, president and CEO of the Dayton Area Chamber of Commerce, said it was exciting to have Portman address the 180 or so business leaders in attendance Friday.

“He’s been a friend to this business community throughout his time in Congress, throughout his time as a trade rep, as the director of the (Office of Management and Budget) and as a U.S. Senator, he’s always been there for us,” Kershner said. “We couldn’t do it without Senator Portman.”