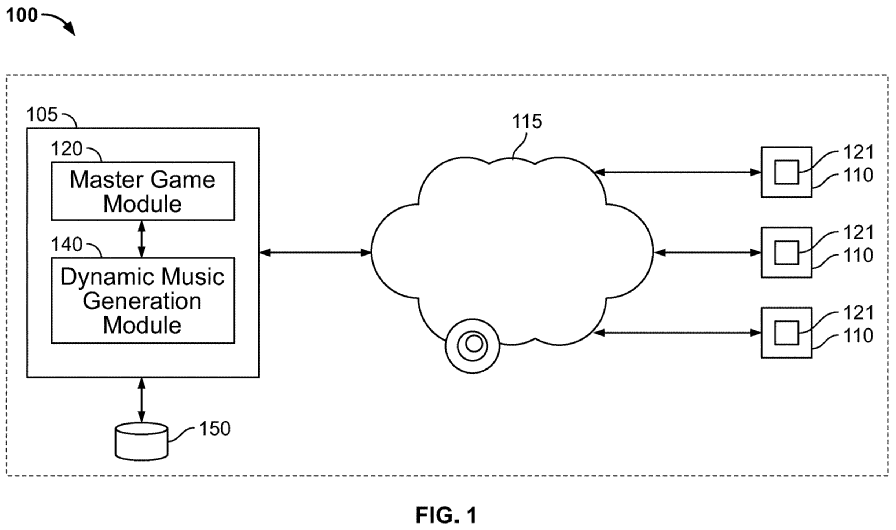 A patent filing by Activision Blizzard is exploring the idea of using machine learning technology to create custom soundtracks for players, which can potentially be used to enhance game experiences. As spotted by Exputer, the “Dynamically generating and modulating music based on gaming events, player profiles, and/or player reactions” filing details how artificial intelligence can be used to create a more dynamic sense of immersion in a video game, using variables to compose music on the fly.

“There is a need for systems and methods that generate and modulate music unique to individual players,” the patent filing reads, describing specific scenarios for how the software will change a user experience. One such example would be in a boss fight, where even if the player is easily overpowering a high-level antagonist, the music will be dynamically modulated to create a more intense atmosphere. According to the patent filing, the system could influence a “player’s success or failure during gameplay and that uses the correlation to improve the player’s performance in future gameplay.”

As for how it all works, Activision has described how the software will essentially read the room of its player, examine the “mood” of the location, and then modulate audio segments into various styles using machine learning models in conjunction with other techniques. The core idea is that the music generated will enhance the overall enjoyment of a player by subtly making encounters more thrilling and less frustrating.

“By automating the process of what kind of music is being played and how the music is modulated, the video game may become more immersive, become more enjoyable and provide players with a wide variety of customizable features in order to enhance the overall user experience,” Activision explained. Curiously, the patent filing mostly deals with scenarios for multiplayer games, but it does mention that the technology could be “applicable for single player and offline games” as well.

Video games have made tremendous advancements in terms of visual performance over the years, but only a handful of games have used music to enhance their design. One recent example would be Metal: Hellsinger, an FPS that combines run-and-gun brutality with a heavy metal soundtrack that guides your action. The internal system for that game has been a big hit, and fans will be able to eventually add their own tracks into it when custom music modding tools arrive in the future.