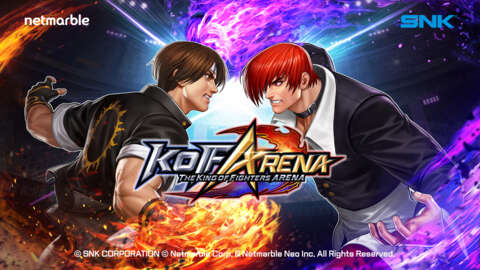 King of Fighters Arena, a new real-time PVP mobile game in the long-running fighting game franchise, has now opened up pre-registration on iOS and Android. Developer Netmarble has also launched the game’s official site, providing more information on the game, including a development roadmap, playable characters, and plans for blockchain monetization.

Described as a follow up to its mobile RPG King of Fighters Allstar, the new game is an action PVP game that allows players to battle each other in real time. The developer has promised to make all King of Fighters characters playable, with 37 characters available for free at launch. Netmarble hasn’t said whether any characters that may be added in subsequent updates will also be available for free, but has said that the roster will continue to “grow through special collaborations and events.”

As a free-to-play game, King of Fighters Arena appears to be basing its money around blockchain integration, including its own token called Fighters Club Token, and an NFT market based around “Fighters Cards.” Players will be able to trade the regular in-game currency for FCT if they choose to engage in the game’s blockchain economy, though KOF Arena’s timing is less than ideal with the crypto market currently in a downturn.

Pre-registration is available now on the Apple Store and Google Play, with players who pre-register unlocking limited edition cosmetic rewards including the “Fighter Illust Collection and Fighter Background Collection to adorn and represent your fighter, [and] a Limited version of Special Title and Title Panel.”