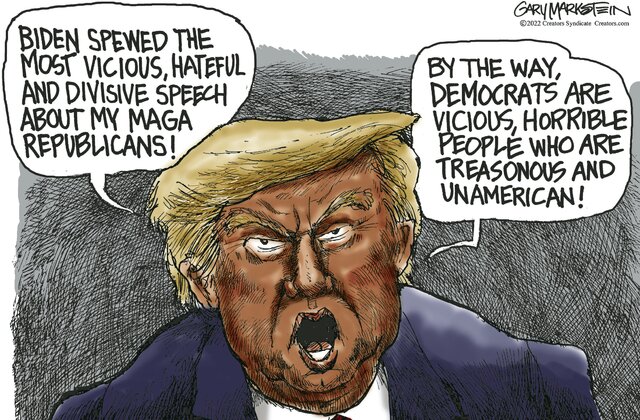 It was a tight race that wasn’t called until late Wednesday morning, and when the final results were in, Republican Don Bolduc was joyously celebrating his win in the New Hampshire primary for a Senate seat.

Democrats were celebrating his win as well. With control of the Senate at risk of flipping to the Republicans, Democrats were nervously eying the seat of sitting Sen. Maggie Hassan, whom Bolduc will face in November. Hassan eked out a victory in 2016 by a 1,017 vote margin and this year – a midterm election where the party in power typically loses seats – was shaping up as an even tougher battle.

But the primary win by Bolduc, a 2020 election-denier whom New Hampshire’s GOP governor, Chris Sununu, called “kind of a conspiracy-theorist type candidate” when refusing to endorse Bolduc in the primary earlier this year, offers a ray of hope for Hassan and the Democrats. With 93% of the vote counted, Bolduc had 37.1% of the vote compared to his closest competitor, the more mainstream Chuck Morse, who got 35.8% of the vote.

“Maggie Hassan may be the luckiest Dem out there this cycle. Started off likely to face Sununu, now she’ll go up against Bolduc instead,” observed The Cook Political Report’s Jessica Taylor in a tweet. Taylor added that she wouldn’t be surprised to see Republicans shift advertising money to other Senate races.

It’s a pattern that has played out throughout the primary season, which ended Tuesday night with nominating contests in New Hampshire, Delaware and Rhode Island. In a year when the GOP, on paper, should be able to take control of both the House and Senate without lifting heavy weights, the Senate is shaping up as a harder-to-get prize for Republicans. Even the House – where the GOP is still widely expected to take majority status after November’s elections – is no longer a given for Republicans.

In a stunning remark from a House speaker who is also a savvy political tactician, Rep. Nancy Pelosi, California Democrat, told Punchbowl News that she believes Democrats can actually pick up seats this fall.

Much of the Democratic optimism comes from the primary season results. Republicans, whose party is still very much influenced by former President Donald Trump and his MAGA base, nominated far-right and election-denying candidates who will have a harder time attracting independent and moderate Republican voters.

Democrats, meanwhile, have very often eschewed more progressive candidates in swing districts in favor of more moderate Democrats who have a better shot of hanging onto vulnerable seats.

In Arizona, for example, the GOP selected Blake Masters for Senate and Kari Lake for governor. Both are Trump-endorsed, far-right candidates who deny the 2020 election results. President Joe Biden won Arizona narrowly in 2020, becoming the first Democrat to win the state in a presidential election since 1996, and the state would be – or should be – ripe for the picking for Senate Republicans.

The same is true in other Senate races in Ohio and Pennsylvania, where the GOP has nominated far-right, Trump-aligned candidates to run against Democrats peddling a working-class message. In Maryland and Massachusetts, where the incumbent GOP governors are not running again, Republicans also nominated Trump-backed candidates, Dan Cox and Geoff Diehl, who are not favored to retain GOP control in those two blue states.

An analysis by 538, a polling and elections site, found that 60% of Americans will have an election-denier on the ballot this fall.

Democrats, meanwhile, have gone with more moderate contenders in swing districts and battleground states. Ohio Democratic Rep. Tim Ryan, for example, has campaigned on issues directed at working-class voters, essential to winning a state where Republicans currently hold all statewide elected offices except one – the post held by Sen. Sherrod Brown.

In Michigan, moderate Democratic Rep. Haley Stevens defeated a more progressive colleague, Rep. Andy Levin, in a redrawn congressional district targeted by the GOP. And in Texas, Rep. Henry Cuellar, the only antiabortion Democrat in the House, defeated progressive Democrat Jessica Cisneros, disappointing pro-abortion rights Democrats but providing the party with a chance of hanging onto the seat this fall.

In some cases, the GOP candidates have been rejected by senior elected officials in their own party. Sununu early on rejected Bolduc (it may not have helped that Bolduc called Sununu a “communist Chinese sympathizer” and said Sununu’s family “supports terrorism”). Massachusetts Gov. Charlie Baker refuses to endorse Diehl, and Maryland Gov. Larry Hogan won’t put his support behind Cox, who defeated Hogan’s preferred candidate in the primary.

Sen. Rick Scott, Florida Republican and chairman of the National Republican Senatorial Committee, said after Bolduc’s win that the party was ready for a fight in the Granite State.

“The NRSC is proud to stand with Don Bolduc as we turn New Hampshire red and flip the U.S. Senate,” Scott said in a statement.