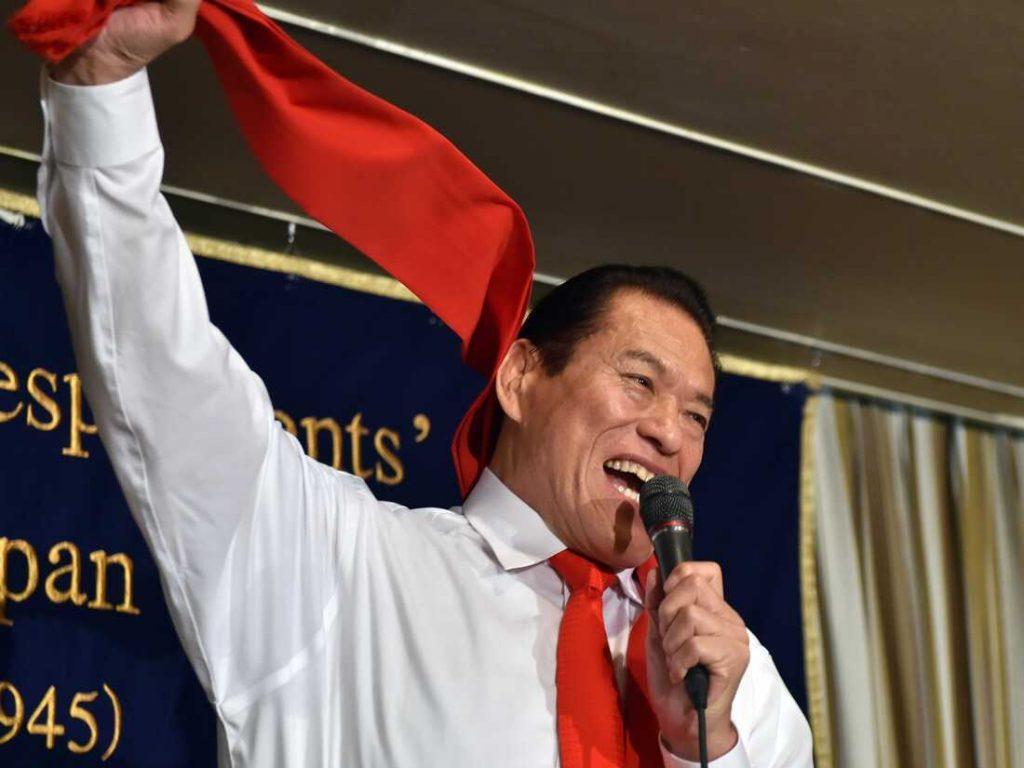 Antonio Inoki was revered for never being afraid of a challenge — whether it was dueling heavyweight champion Muhammed Ali or negotiating the release of hostages with the Iraqi government. That’s why he was often called “the fighting spirit that burns.”

Kanji “Antonio” Inoki was born in Yokohama, Japan in 1943 but spent most of his childhood in Brazil where his family relocated. There, Inoki found a passion for professional wrestling and took on the name “Antonio.”

He was soon recruited by Rikidozan, one of the the most famous Japanese wrestlers of all time, and returned to Tokyo to join the Japanese Wrestling Association.

Inoki quickly became widely popular for his versatility and charisma in the ring. Years later, he went on to start his own wrestling company in 1972 called New Japan Pro-Wrestling.

Inoki’s reached global fame in 1976 when he faced Muhammad Ali in a rare wrestler vs. boxer match in Tokyo. The match became credited for pioneering what is known today as mixed martial arts, where a fighter is allowed to use any style of combat.

Off the ring, Inoki was known for his attempts to forge peace and diplomacy through sports.

In 1990, Inoki was instrumental in freeing 36 Japanese hostages held in Iraq.

During his lifetime, the late wrestler also made more than 30 trips to North Korea, serving as one of Japan’s few links to the authoritarian regime. Most notably, Inoki organized two large sporting extravaganza — one in 1995 and another in 2014 — held in Pyongyang to garner international attention.

The first event, known as “Collision in Korea” drew nearly 380,000 spectators and was considered the biggest-pay-per-view in pro-wrestling history.

In 1998, Inoki retired as a wrestler and in 2010, he was inducted to the WWE Hall of Fame. He is technically considered WWE’s first-ever Japanese world champion but that title is not yet recognized by the organization.

“Antonio Inoki was among the most respected men in sports-entertainment and a bona fide legend in his homeland,” WWE wrote in a statement. “This passion for competition earned him the nickname “Moeru Toukon” amongst his peers, which translates to ‘The fighting spirit that burns.'”