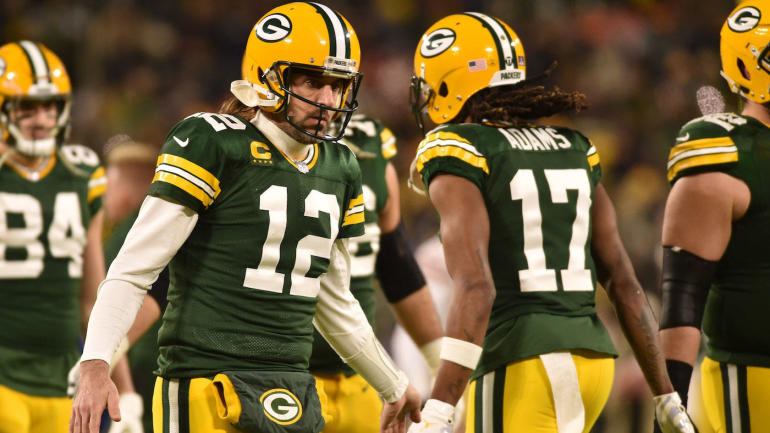 “He’s the best quarterback, in my opinion, to play this game,” Adams said of his former teammate. “He had the Michael Jordan effect. … (He’s) gonna make you play better … just by being on the field.”

Traded to the Raiders this offseason after eight years as Rodgers’ No. 1 target, Adams continued by recalling practices where the star Packers QB was absent: “You would just notice people start to (slip). … It wasn’t the same when Aaron was out there.”

That’s not to say Adams isn’t inspired to be wearing silver and black. In previewing the 2022 season, his first NFL campaign outside of Green Bay, the receiver told the “Pivot” crew that Carr, his new QB, is “extremely” underrated. He singled out fellow pass catchers Hunter Renfrow and Darren Waller as elite threats to beat one-on-one coverage. And while he refused to broadcast expectations for his new squad, he made it clear he wants to eclipse the best of his Packers days in Vegas.

“I ain’t come here just to be cute and hang out with Derek,” Adams said. “I wanna get that trophy at the end of the year.”