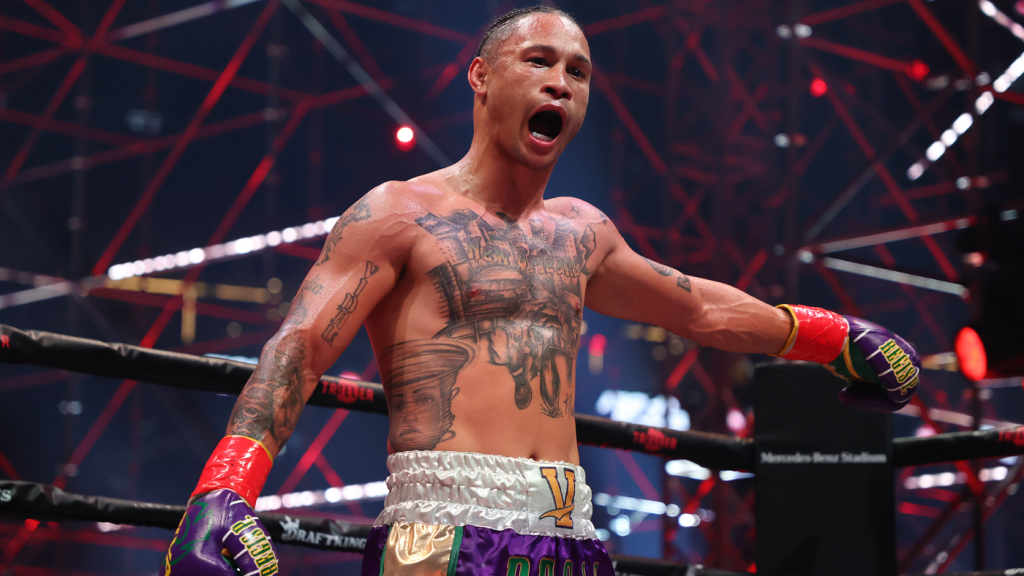 For years, Regis Prograis has been searching for any opportunity to get back to the quality of fights he felt he deserved as one of the world’s elite fighters. Prograis’ opportunity came on Saturday night and he made the best of it, knocking out Jose Zepeda in the 11th round to capture the vacant WBC junior welterweight championship.

The early rounds saw both fighters focus on working off the jab, trying to figure out timing and distance. Zepeda got the best of things in the first round, but Prograis appeared to figure out Zepeda midway through the second as he found success with hard left-hand counters from his southpaw stance and put some extra steam on his lightning-quick jab.

A notoriously gutsy fighter, Zepeda continued to try to look for answers, even as Prograis’ attack picked up steam. By the end of Round 4, Prograis’ pressure seemed to be overwhelming Zepeda, who also suffered a cut over his left eye in the frame.

In the middle rounds, it was clear Zepeda needed to make some dramatic in-fight adjustments. Instead, he continued to try to win the fight off his jab, a strategy that had clearly not worked since the earliest moments of the fight. With Zepeda trying — and failing — to beat Prograis to the punch, Prograis was able to further tighten his grip on the action.

Zepeda had a sudden burst of offense in Round 10, seeming to buzz Prograis with a massive overhand left and managing to follow up with some more clean shots. A return left from Prograis led to a wild brawl that brought the action many had fantasized about since the bout was announced.

Zepeda’s resurgence was short-lived, however, as Prograis landed a heavy left hand that put Zepeda on rubber legs. Prograis wasted no time closing the show, flurrying with Zepeda against the ropes, nearly knocking him through the ropes before one final left hand sent Zepeda to the canvas as the referee was stepping in to stop the fight.

The finish came at the 0:59 mark of Round 11. Prograis outlanded Zepeda 156 to 66 according to the CompuBox punch stats.

The win kicks off Prograis’ second stint as a world champion. Prograis previously won the WBA title before losing it by majority decision in a fantastic bout with Josh Taylor in the 2019 World Boxing Super Series finals.

Since that loss, Prograis has found himself frozen out of big fights, with fighters and their managers appearing to go out of their way to not have to face off with the New Orleans native. Even the opportunity to fight for the vacant title against Zepeda only came when Jose Ramirez withdrew from the fight due to conflicts with his wedding.

After the fight, Prograis made it clear he no longer had to call for the big names. The big names will now have to call for him, and he has all the power with a world title around his waist.