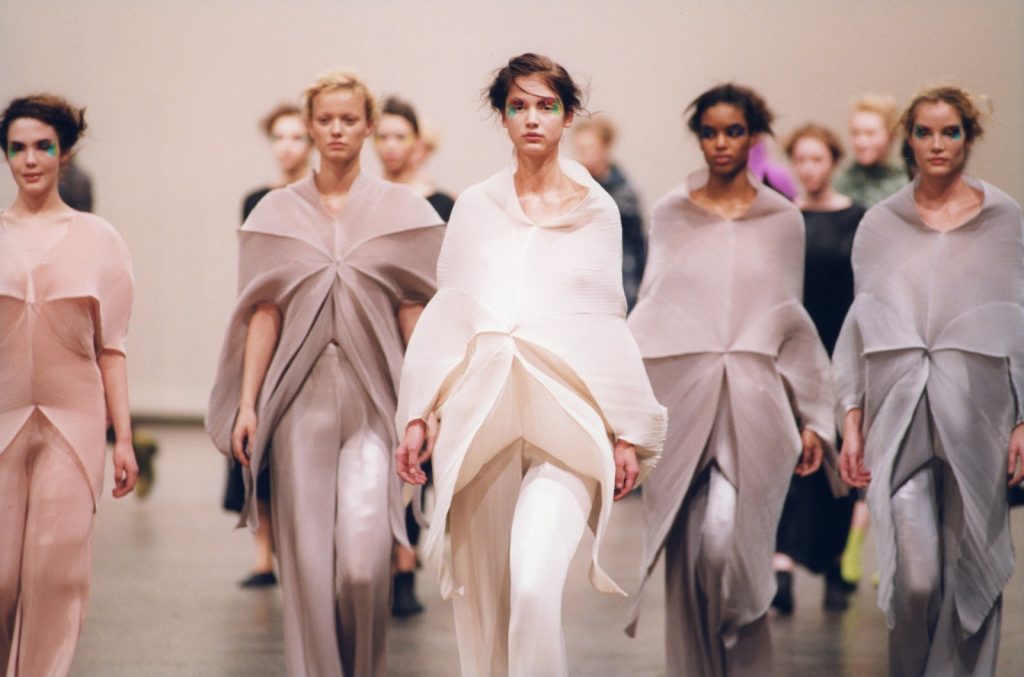 Issey Miyake, the Japanese fashion designer and the founder of the namesake fashion brand, has died aged 84 years old. According to the Kyodo news agency, the late designer was battling a form of liver cancer and passed away on 5 August.

Hiroshima-born Miyake leaves behind a legacy that most fashion designers can only dream of. He studied graphic design at Tama Art University in Tokyo, before moving to Paris in 1965 to study at the École de la Chambre Syndicale de la Couture Parisienne. In Paris he began to work with Guy Laroche, Hubert de Givenchy, and Geoffrey Beene, before launching his own label in 1973. Miyake built a globally-recognized fashion brand, which got the nod from Apple mastermind Steve Jobs, who favored its iconic turtleneck sweaters; Robin Williams, who famously sported one of the label’s bomber jackets to the Flubber premiere in 1997; Grace Jones; and more recently, contemporary figures like actor Steven Yeun and F1 star Lewis Hamilton.

Miyake was best known for experimenting with traditional and modern techniques of handcrafting throughout his career—he was the first designer to apply pleats after the fabric is cut and sewn, going against the traditional method of pleating first, and made a name for himself from the offset for creating clothing from “a Piece of Cloth”, with just one thread. In the late 1980s, he explored a new way of micropleating by wrapping fabrics between layers of paper and heat-pressing them, which worked so well that it turned into an entirely new line called Pleats Please line. He oversaw multiple lines, including Issey Miyake for men and women to those dedicated to bags, watches and fragrances, before retiring in 1997.

“Issey Miyake was a pioneer on two fronts,” said Alexander Fury, menswear critic at the Financial Times and fashion features director at Another Magazine. “Firstly as one of the first wave of Japanese designers to bring new perspectives and philosophies on fashion to Paris; and secondly as a pioneer in textiles with ideas such as Pleats Please and APOC—ideas that actually exist outside of fashion, transforming not only what people wear but how they interact with their garments. Miyake’s true importance lies in the fact that he wasn’t interested in fashion as such—rather a philosophy of clothing, systems of dressing and above all freedom of the body.”