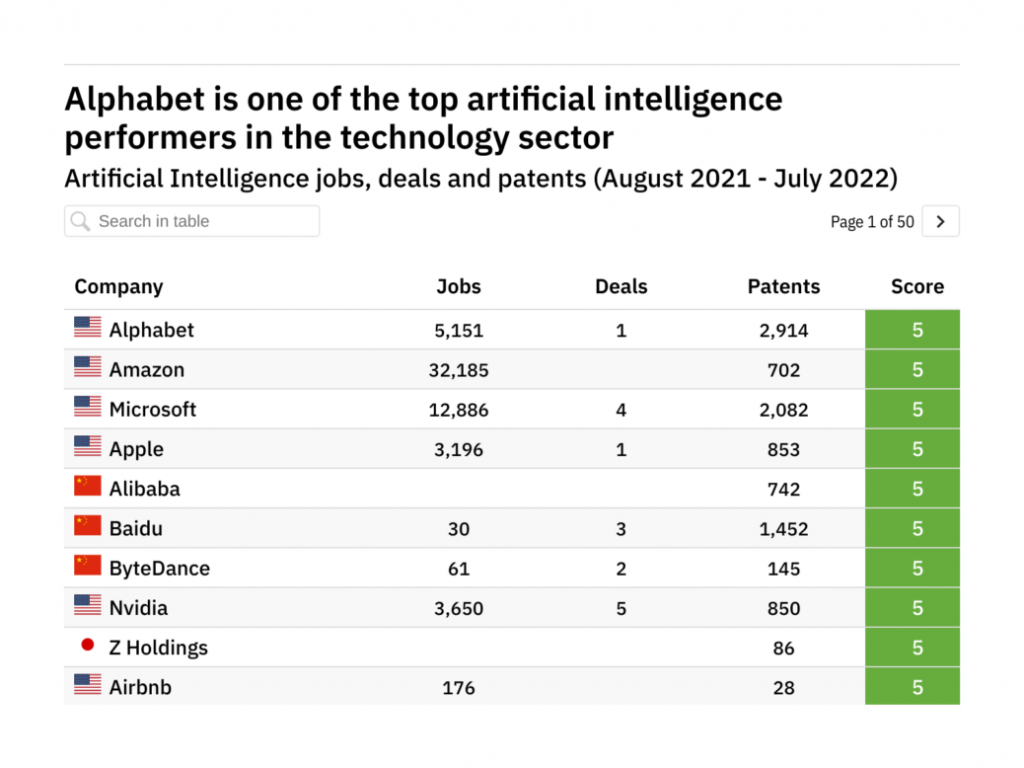 Alphabet and Amazon are among the companies best positioned to take advantage of future artificial intelligence disruption in the technology industry, our analysis shows.

The assessment comes from GlobalData’s Thematic Research ecosystem, which ranks companies on a scale of one to five based on their likelihood to tackle challenges like artificial intelligence and emerge as long-term winners of the technology sector.

The final column in the table represents the overall score given to that company when it comes to their current artificial intelligence position relative to their peers. A score of five indicates that a company is a dominant player in this space, while companies that score less than three are vulnerable to being left behind. These can be read fairly straightforwardly.

For example, a high number of deals could either indicate that a company is dominating the market, or that it is using mergers and acquisitions to fill in gaps in its offering.

This article is based on GlobalData research figures as of 19 August 2022. For more up-to-date figures, check the GlobalData website.