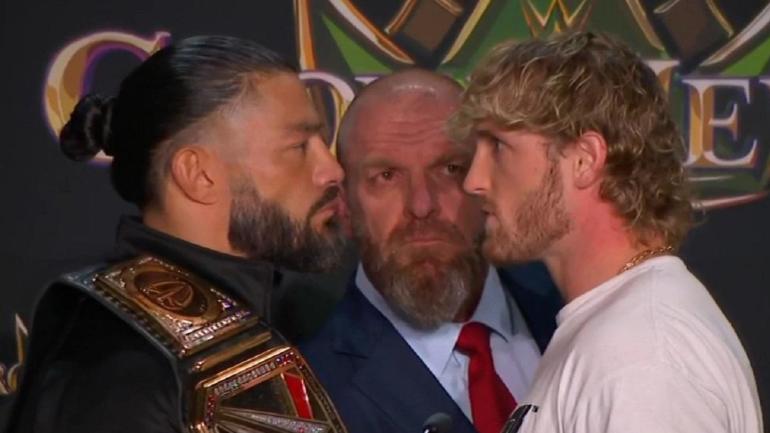 Logan Paul is set for the biggest match of his young professional wrestling career. WWE held a press conference in Las Vegas on Saturday announcing that Paul would challenge Roman Reigns for the undisputed WWE universal championship in the main event of Crown Jewel in Riyadh, Saudi Arabia, on Saturday, Nov. 5.

The match was teased during Paul’s SmackDown appearance on Friday night when the social media sensation kicked off the show by challenging Reigns. The request was brushed off by Paul Heyman, who serves as special counsel to Reigns. As a result, Paul dared Reigns to face him at Saturday’s presser.

Reigns is the longest-reigning WWE universal champion in history, and is approaching the top 20 all-time for combined days reigning as a world champion in WWE. Paul has more than 58 million combined social media followers across Instagram, Twitter and his two YouTube channels.

Paul signed a multi-event deal with WWE in June after an impressive showing at WrestleMania 38; his athleticism has earned him rave reviews from fans and many in the industry. Paul has competed twice inside a WWE ring. He, along with The Miz, defeated Rey and Dominik Mysterio at WrestleMania 38. He also won a one-on-one match against The Miz at SummerSlam.

Crown Jewel has featured a number of celebrity crossovers in the past, including Brock Lesnar vs. Cain Velasquez and Tyson Fury vs. Braun Strowman. It has also featured rare appearances by legends such as The Undertaker, Shawn Michaels and Bill Goldberg.