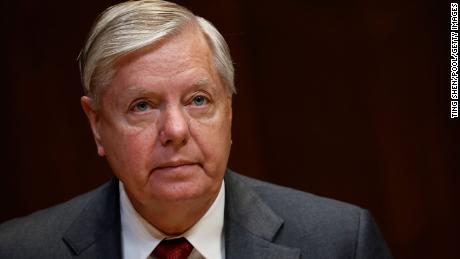 A prosecutor from the Fulton County District Attorney’s office called Giuliani’s Georgia counsel on Monday to inform him that Giuliani is now considered a target of their investigation, said Bob Costello, another attorney for Giuliani.

“This comes on the heels of us asking him probably six or seven times” whether Giuliani was a target, Costello said. He said the district attorney’s office previously declined to answer that question.

The development for Giuliani marks the first time a close adviser to Trump has been notified he is a target in a criminal investigation into the then-President’s inner circle around the aftermath of the 2020 presidential election. Both the Georgia grand jury and the Justice Department are investigating the post-election efforts to help Trump retain his office.

Giuliani’s status became public on Monday alongside other developments in the Georgia investigation — with a court ruling that Sen. Lindsey Graham must testify — as well as in several other criminal probes touching upon the ex-President and his advisers.

Those include the investigation into the handling of classified records at Mar-a-Lago after Trump’s presidency and the federal grand jury that is investigating January 6.

The January 6 federal grand jury subpoenaed Eric Herschmann, a former Trump White House lawyer and senior adviser, CNN and other outlets reported Monday.
Giuliani being told by prosecutors that he is the target of the investigation was first reported by The New York Times. The district attorney’s office declined to comment to CNN for this story.

Costello told CNN that while Giuliani “will appear before the grand jury,” he made no promises about how responsive his client would be.

Costello said he made it very clear to the prosecutor in Fulton County that his client would not answer questions about conversations between Giuliani and Trump but refused to say whether Giuliani would invoke his Fifth Amendment right against self-incrimination.

“If you think he’s going to talk to you about conversations he had with his client, you’re delusional,” Costello said. Everything, he says, “depends on the questions they ask.”

As for Giuliani’s response to being target of the of the special grand jury, he added: “I don’t think he was surprised. He has no faith or belief in this Fulton grand jury process. It’s a political stunt.”

Giuliani, who served as an attorney for Trump during the 2020 election, was ordered by an Atlanta-area judge to appear in person in front of the special grand jury this week.

Giuliani was subpoenaed in July, and a New York judge ordered the former mayor to testify as a witness before the special grand jury in Georgia after he failed to appear at a hearing in New York about blocking the subpoena. The former New York mayor also unsuccessfully tried to delay his appearance, saying he shouldn’t fly after he underwent heart stent surgery last month.

Giuliani met with Georgia state legislators three times in December 2020 in the aftermath of the presidential election — twice in person and once remotely. During the meetings, Giuliani spread conspiracy theories about widespread irregularities and fraud in the state. Among his many false claims, Giuliani accused two Atlanta election workers of smuggling fraudulent ballots for Joe Biden in suitcases.

Democratic state legislators previously recounted to CNN grand jury testimony they were asked to give in the district attorney’s probe that covered Giuliani’s conduct. They said they testified about Giuliani’s appearance at a December 3, 2020, Georgia Senate subcommittee hearing, during which Giuliani pushed false claims of mass election fraud.

Numerous state and federal officials have debunked Giuliani’s claims of fraud in Georgia, a state that Biden won by nearly 12,000 votes. Byung “Bjay” Pak, the former top federal prosecutor for the Northern District of Georgia, was among those who testified before the US House select committee investigating the January 6, 2021, insurrection that Giuliani’s claims of election fraud in Fulton County had been investigated by federal authorities and found to be untrue.

Fulton County District Attorney Fani Willis, a Democrat, has detailed the far-reaching scope of the investigation, saying that it includes potential “solicitation of election fraud, the making of false statements to state and local governmental bodies, conspiracy, racketeering, violation of oath of office and any involvement in violence or threats related to the election’s administration.”

This story has been updated with additional developments Monday.

CNN’s Katelyn Polantz and Tierney Sneed contributed to this report.