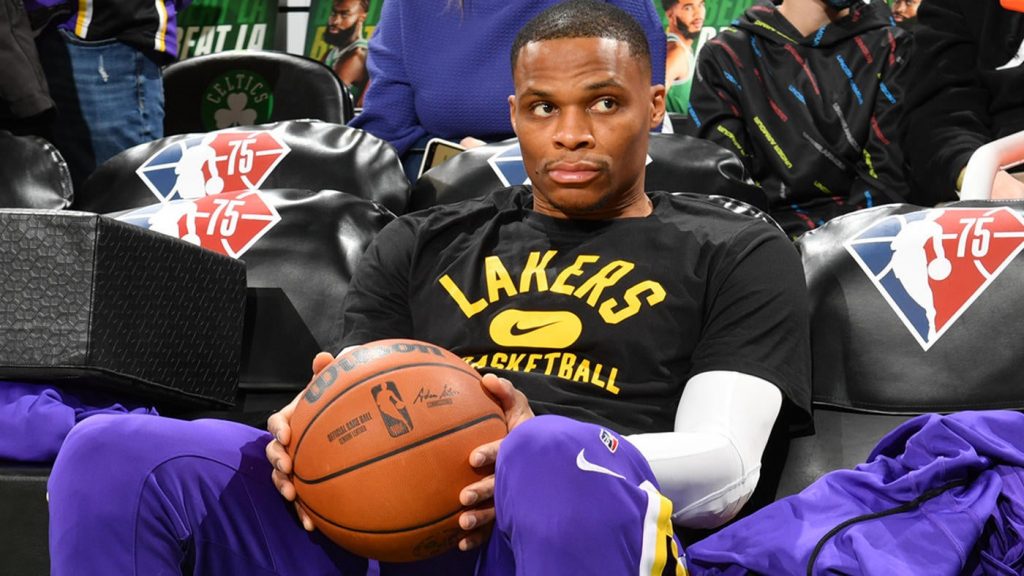 The Kyrie Irving trade speculation may have ceased (for now), but that doesn’t mean the Los Angeles Lakers’ point guard drama has come to an end. On Thursday, the Lakers acquired veteran defensive pest Patrick Beverley, leading to speculation about the status of beleaguered nine-time All-Star Russell Westbrook moving forward.

It’s no secret that the Lakers have been looking at trades involving Westbrook for quite some time, with multiple reports saying that potential deals have been squashed due to the Lakers’ unwillingness to include one or both of their available future first-round picks. With Irving off the table, it seemed plausible that the team would enter training camp with Westbrook as their starting point guard. New Lakers head coach Darvin Ham has already discussed a new offensive vision for the former MVP that involves shooting more corner 3-pointers.

However, the addition of Beverley reintroduces questions about Westbrook’s future with the Lakers. Trading him remains the preferred option, but if they’re unable to find one, what happens next? To this point there have been conflicting reports about such a scenario.

Westbrook could simply be sent away from the team, according to The Athletic’s Jovan Buha.

“Beverley’s arrival makes it more likely that Westbrook will be off the active roster by the start of training camp, either through a trade or the team sending him home a la the Rockets with John Wall last season, according to a source close to the situation.”

Other sources have indicated the Lakers are not inclined to go that route and Ham is “determined” to figure out a way to use Westbrook, according to Marc Stein.

I am also hearing that, if no trade involving Westbrook materializes and if he is on the roster when the Lakers start practicing on Sept. 27, new Lakers coach Darvin Ham remains determined to carve out a real role for Westbrook. Sources say that the Lakers, to date, have strongly resisted the idea of shelving Westbrook completely until they can find a trade for him like the Rockets tried last season with John Wall — even after trading for longtime Westbrook adversary Patrick Beverley. Westbrook, who turns 34 in November, appeared in 78 of the Lakers’ 82 games last season.

Beverley is a serviceable starting point guard and will potentially add some grit to a Lakers defense that plummeted from an NBA-best in 2020-21 all the way to 21st last season. Westbrook was one of the worst offensive players in the league last season in terms of efficiency — his 0.844 points per possession were second-to-last for any player with at least 1,000 possessions, according to Synergy Sports — but if he’s willing to accept a new role under Ham, he potentially provides a lot more dynamism and offensive firepower than Beverley.

That being said, projections from SportsLine data scientist Stephen Oh say that the Lakers would be significantly better in 2022-23 without Westbrook, even without any pieces coming back in a trade.

“The sims have a long history of viewing Westbrook as a case of addition by subtraction going back to when we had OKC improving by several games with Chris Paul and Houston getting worse after trading for Westbrook,” Oh explained.

The fact that the Lakers may be willing to pay Westbrook $47 million to sit at home speaks to the deteriorated relationship between the two parties. Obviously, a trade is the preferred option — deals involving Myles Turner and Buddy Hield of the rebuilding Indiana Pacers come to mind — but that would almost certainly require the Lakers to surrender at least one of their future picks, especially since Talen Horton-Tucker, one of their only young assets, went to the Utah Jazz in the Beverley trade.

So far the Lakers haven’t been willing to compromise their future to get Westbrook off the roster, but that may change now that they’ve acquired Beverley and LeBron has signed an extension. Sending Westbrook home would solve the fit issues without sacrificing any future assets. Actually going through with such a drastic measure is not a simple decision, however, and Ham doesn’t seem inclined to press that button without at least making an effort in training camp.

Whatever happens over the next month, the Westbrook situation is going to be one of the biggest stories in the league heading into training camp.