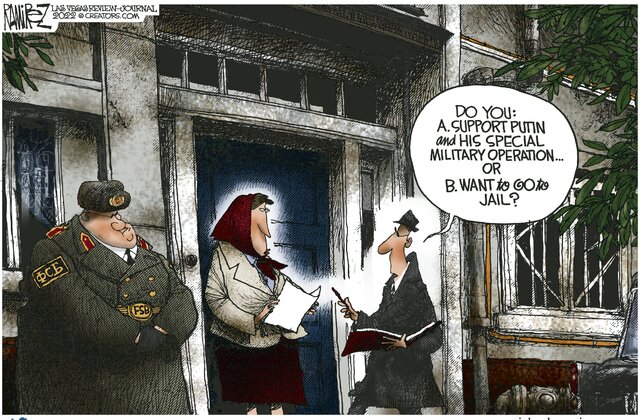 MILAN (AP) — Milan’s famed Teatro alla Scala on Monday announced the celebration of next season’s gala premiere with the Russian opera “Boris Godunov,” in a move the opera house hopes will underline the separation of culture from politics.

La Scala’s 2022-23 calendar, set long before Russia’s invasion of Ukraine, also marks the Milan opera house’s premiere of another Russian opera, Antonín Dvořák’s “Rusalka,” and includes a host of Russian stars singing roles in the Russian composition as well as other titles.

“We hope that we will have a St. Ambrose (feast day) that will also celebrate peace,’’ said Mayor Giuseppe Sala, who is president of La Scala’s board, calling the opera by Modest Mussorgsky “a masterpiece.” He referred to the Dec. 7 feast day for Milan’s patron saint when La Scala holds its gala season opener each year, one of the most anticipated events of the European cultural calendar.

General Manager Dominique Meyer emphasized that choices were made two to three years ago, in keeping with opera world’s practice of drafting calendars and booking stars years in advance.

The announcement of an unusually heavy Russian calendar comes months after La Scala became one of the first opera houses to exclude Russian conductor Valery Gergiev after he failed to respond to their appeal to denounce the war.

Opera house management was quick to separate Gergiev from other Russian artists who will be performing in Milan, noting his position as the general director and artistic director of the Mariinsky Theater in St. Petersburg puts him close to Russian President Vladimir Putin.

“We considered him like a politician. The others, no. He is almost culture minister. It is another case,’’ Meyer said.

“Boris Godunov,” which the La Scala program calls “a disturbing fresco on the brutality and solitude of power,” opened the 1979-80 season, conducted by Claudio Abbado.

Chief conductor and musical director Riccardo Chailly, who assisted Abbado’s 1979 premiere of “Boris Godunov,” said he has long been pushing for more Russian music on La Scala’s calendar, historically heavy on the Italian repertoire as the premier opera house in the birthplace of lyric theater. Giuseppe Verdi is by far the composer most represented on the Dec. 7 gala season opener.

“It would be serious to penalize the artistic aspect for the tragedy that we are all aware is happening in Ukraine,’’ Chailly said. “It seems to me necessary, in light of what we are living unfortunately for more than 90 days, (to say) that great music can live independently, as it should be.

“It is important to distinguish the two things. Give merit to those who deserve it and to bring back to life masterpieces completely independently of events.”

The 14 operas on the calendar also include “Lucia di Lammermoor,” starring American soprano Lisette Oropesa in the title role opposite Juan Diego Flórez. The Donizetti opera was supposed to open the 2020-21 season, but was delayed because of pandemic restrictions.

The ballet season opens with Rudolf Nureyev’s choreography for “The Nutcracker,” marking the 30 anniversary of the Russian dancer’s death. The program, which includes both classics and contemporary choreographies, contains another homage to Nureyev, with his choreography to Tchaikovsky’s “Swan Lake.”