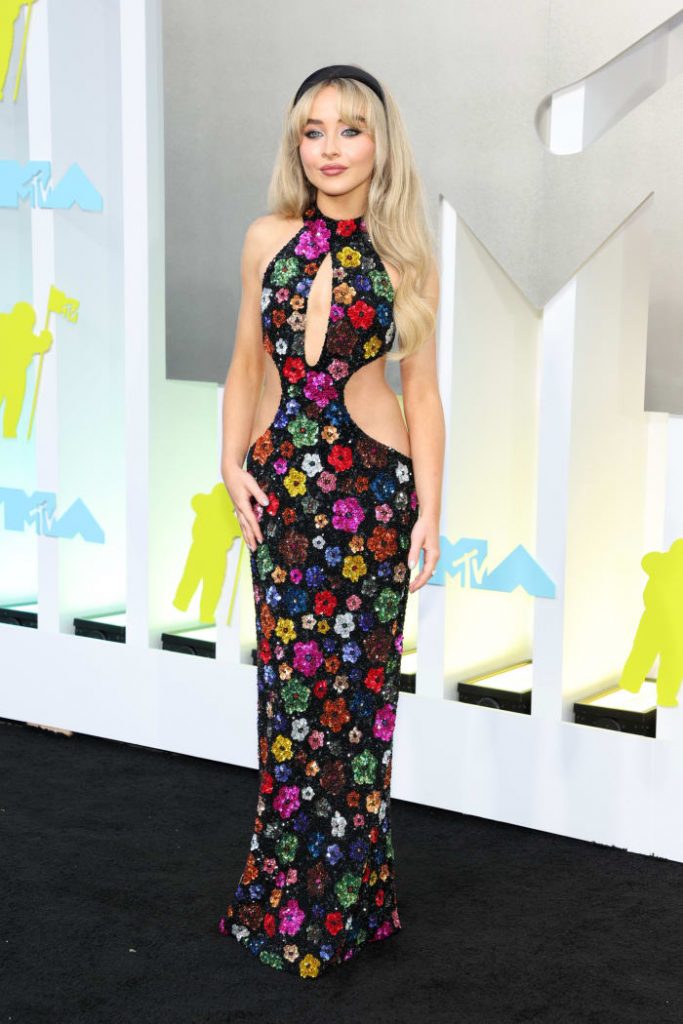 The singer wore a floor-length Moschino dress covered with colorful sequin flowers. The groovy feel of the dress was amplified by her dark eye makeup, black headband and wavy bangs.

But one of the boldest parts of the dress were the symmetrical cutouts on both hips, along with a teardrop-shaped cutout at her sternum.

Carpenter is not nominated tonight, but she certainly made an impact with her red carpet look.

While on the VMAs red carpet, Carpenter was asked who she was most looking forward to seeing at the Video Music Awards, and she had a quick, determined answer: “BLACKPINK. That’s kind of it for me. I’m a huge @BLACKPINK stan.”

Many other musical artists arrived at the awards show with shocking and stunning red carpet looks, including Lizzo, who wore a vast dark blue couture gown and Becky G, whose dress had cutouts down the whole side.

Carpenter released her new album, emails i can’t send, on July 15, with the main single, “because i liked a boy.”

The 23-year-old singer and actress spoke with Vogue about the album, saying, “I would hope that if someone had never listened to my music before, and they listened to this album, they would leave it feeling like they know me better as a person.”

She explained that this album is very personal and emotional, which made her nervous about the release.

But Carpenter soon realized, “there’s far more strength in vulnerability and insecurities, because they are the emotions that I think we’re all kind of scared to face—even if that doesn’t make them any less real.

Minaj is also being honored with the Video Vanguard Award for her contributions to music. Past honorees include Madonna, Beyoncé, Rihanna, Justin Timberlake, and more major names.