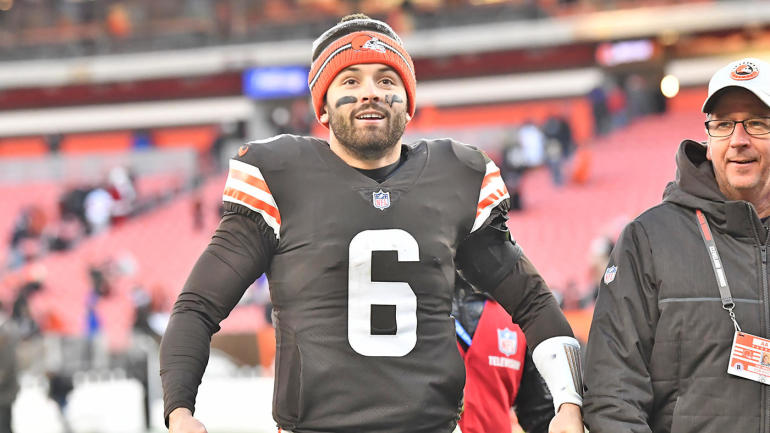 Training camp is right around the corner, and Jimmy Garoppolo and Baker Mayfield are still looking for new NFL homes. Both players saw their respective franchises choose other quarterbacks over them, and both have been waiting months for the call that they have been traded. Mayfield could find himself on the move soon, however, as Russell Wilson’s replacement.

According to CBS Sports NFL Insider Josina Anderson, the Seattle Seahawks still have a high-level of interest in Mayfield, and are even open to extending him. Nothing is imminent just yet, as Anderson reports that Seattle is still in the process of collecting information.

Things are certainly ratcheting up, as this development comes just a week after CBS Sports NFL Insider Jonathan Jones reported that the Carolina Panthers were operating with urgency to get a deal done for Mayfield. Money is likely the main holdup in negotiations for both the Cleveland Browns and Panthers, as Mayfield is due $18.85 million in the final year of his rookie contract.

Despite dealing Wilson away to the Denver Broncos earlier this offseason, the Seahawks haven’t shown much desire to add another quarterback. They passed on selecting a signal-caller in the 2022 NFL Draft, and head coach Pete Carroll even said recently Seattle was in “good shape” at the quarterback position with Geno Smith and Drew Lock. Then again, he also said he had “no intention” of trading Wilson just weeks before the Seahawks did just that.

Mayfield threw for 3,010 yards, 17 touchdowns and 13 interceptions in 14 games played last year in what was a tough season for the former No. 1 overall pick. Mayfield went 6-8 as the starter and fought through multiple injuries. For the quarterback who helped the Browns win their first playoff game since Jan. 1, 1995, things went downhill very quickly. But, this looming change of scenery could bring out the best in the 27-year-old.