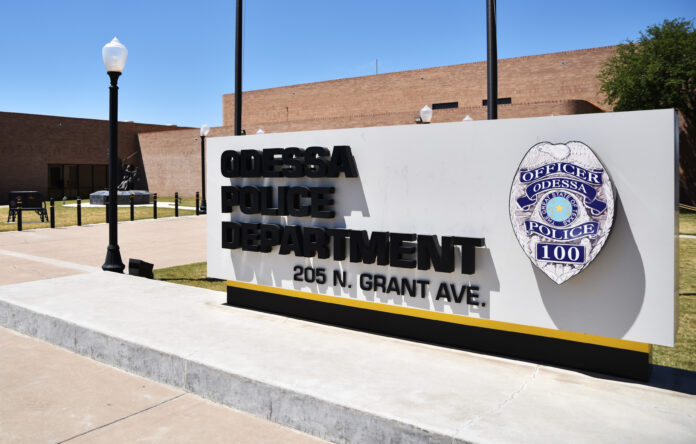 Local law enforcement agencies seized just over $1.3 million in cash from suspected drug dealers and alleged illegal gambling establishments from 2019-2021, enabling them to invest in technology and equipment upgrades.

According to records obtained from the Ector County District Attorney’s Office through the Texas Public Information Act, the Odessa Police Department did 90% of the seizing, taking in $1.18 million. The Ector County Sheriff’s Office seized just under $81,000 and DPS took in just over $48,000 during that three-year time frame.

“We never have hearings on those cases because they usually don’t show up,” Gallivan said.

Seizing property and cash and filing forfeiture proceedings have caused controversies in other jurisdictions, but Gallivan said he will not file forfeiture actions unless criminal charges have been filed against the defendant or his office is close to pursuing a criminal case.

“Legally there doesn’t have to be a conviction,” Gallivan said. “My policy is we will not seize funds or property unless there’s an associated criminal case. The case may not have been resolved yet, but they’ve been charged with something whether it’s in the state system or the federal system, because occasionally you’ll get drug cases where they’ll seize money, but it’s not of the quantity that the feds want to deal with it, but the drugs were high enough the feds want it. So the criminal case goes federal and we take the forfeiture action.”

Filing only when there is a criminal case is fair, he said.

“I don’t get to break into your house and steal your TV and then, when they arrest me for doing that, keep your TV. So I mean, it goes the same with any other crime, but not all prosecutors have that philosophy,” he said. “I can’t speak for everybody across the state. That’s how we do it here.”

According to records, the law enforcement agencies have also seized vehicles, televisions, drones, power tools and a sound bar in recent years. OPD records show a few of the vehicles have been kept for use by undercover officers, the rest of the property has been auctioned off.

Records show that while the vast majority of the seizures are linked to drug cases, that’s not necessarily the case when it comes to the percentage of cash seized.

In 2019, 51% of the cash seized by OPD was tied to just two illegal gambling cases. The other 16 cases filed involved drugs.

In 2021, 50 forfeiture cases involving OPD were filed and roughly 30% of the $421,589 seized was connected to five illegal gambling cases. Seven of the 50 cases involved theft cases and the remaining were drug cases, records show.

“It depends. We’ve had some people, game rooms, who were just employees and the cops seized money out of their purse, for example. Well, we gave that money back because that, obviously, in my opinion, was not proceeds, even though it’s their salary and it came indirectly from the illegal proceeds. They didn’t earn it illegally. They earned it as part of their salaries, so we gave that money back,” Gallivan said.

“But you know, with any criminal enterprise, that’s the quickest way to try to shut them down. You go after their money. If can’t make money or keep the money, they’re not going to stay in business,” Gallivan said.

There are strict rules about how law enforcement agencies can spend the cash they seize or get after seized property is auctioned off, Gallivan said.

“We use it to keep our computers up to date and we have Surfaces. Because of COVID, we need the ability to work from home and that’s where the Surfaces come in. We currently have two employees who are remote and we actually just hired another two that will be remote so they just have Surfaces,” Gallivan said.

Records obtained from OPD through TPIA requests show the department has also used its seizure money for technology.

“There’s a very limited amount of things that you can actually use those funds for,” OPD Chief Mike Gerke said. “You can’t use it to like build a new building. I can’t fly to Mexico for a vacation. None of those things. It’s just equipment.”

Gerke strongly believes in intelligence-led policing which results in police officers being deployed to areas where the data shows crimes are occurring. In recent years, the department has invested in drones, incident management cameras that are monitored at the city’s Real Time Intelligence Center, Flock safety cameras that read license plates and CloudGavel, which is an electronic warrant system that allows officers and judges to create, review and process arrest and search warrants in the field.

Asked about the extent of the drug issue in Odessa, Gerke said we’re not unlike other communities.

“I would say like any other community in the United States there are drug dealers in Odessa and we target those guys. That is part of our intel-led policing strategy, because everything’s related, right? So narcotics dealers and violent crime and property crimes, the vast majority of that stuff is all interrelated,” Gerke said. “So the strategy is to use whatever means, legally, to remove people from our community that are causing social harm. So if that means if we know of someone that is potentially violent and we can make a narcotics case on them, then we would go that route. Are there connections to cartels in Odessa? I would say there’s probably connections to cartels in any community in Texas.”

The most prevalent drug in Odessa currently is methamphetamine, followed by marijuana, Gerke said. Most cases are prosecuted in the federal court system, he said.

OPD’s narcotics unit is comprised of a sergeant and six investigators, but thanks to CloudGavel, patrol officers now play a role in narcotics investigations, too, Gerke said.

“We really changed the role of patrol when we went to intelligence-led policing, so we gave them a lot more power,” Gerke said. “A patrolman’s job is not just to drive around and write a few tickets and take reports. We actually have patrolmen getting (arrest) warrants and search warrants and that sort of thing on stolen property and on narcotics sometimes.”