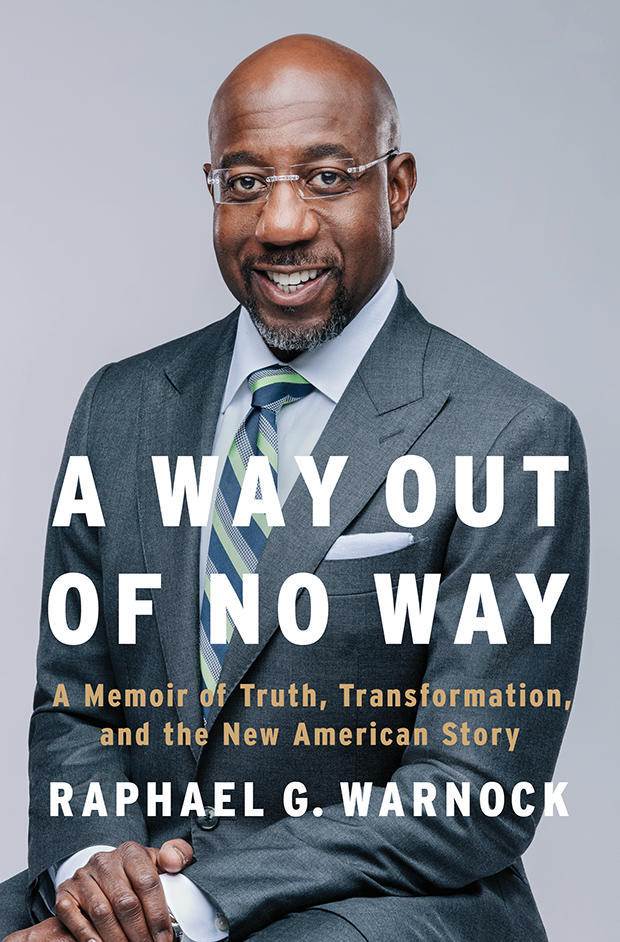 Raphael Warnock might have two job titles, but spend enough time with him, and you’ll see a lot of overlap between the preacher and the politician. At an appearance at his campaign office, he said, “You elected me, you joined my congregation!”

CBS News’ John Dickerson asked Warnock, “What’s the difference between a political speech and a sermon?”

“Oh, for me, I don’t know that there’s much difference!” he laughed.

Senator Warnock made history last year when he became the first African American elected to the U.S. Senate from Georgia, a state that had two segregationist senators when he was born in 1968.

Reverend Warnock’s other job title is senior pastor at Ebenezer Baptist Church, the storied Atlanta congregation where John Lewis worshipped and where both Martin Luther King Sr. and Jr. were pastors.

“I’m not in love with politics; I’m in love with change,” Warnock said. “Politics is, for me, a tool. I got involved in something as messy as politics with a hope that I could continue to work on the issues that I’ve worked on anyway.”

Warnock and fellow Georgia Democrat Jon Ossoff were elected to the Senate in a runoff election last year, giving Democrats 50 votes and control of the Senate when Joe Biden became president. Whether or not Democrats can hold onto that majority this November will once again rest in large part on what happens in Georgia, where Warnock faces a tough re-election fight in a race Republicans hope will be defined by President Biden’s low approval ratings.

To escape from the gloomy national environment, Warnock (like all Democrats) will have to distinguish himself. It helps to have a good biography, something the senator is highlighting in his new memoir: “A Way Out of No Way: A Memoir of Truth, Transformation, and the New American Story” (Penguin, published on June 14).

Speaking at his Atlanta church, Warnock told Dickerson, “Anytime you walk into a sanctuary like this, on any Sunday morning, at some point, there’s a good chance that the preacher or somebody in the choir or somebody who’s giving a testimony is going to say, ‘God makes a way out of no way.’ And it’s a kind of faith in the Black church born of struggle, the recognition, first of all, that sometimes we find ourselves in impossible situations. You keep pushing, you keep pressing, and even as you make your way, God makes a way out of no way.”

Warnock, the son of pastors, was raised in public housing in Savannah, Georgia. His mother once picked cotton; his father, who earned money collecting people’s junk, is a frequent subject of Warnock’s stump speech:  “My dad would wake me up every morning. Six o’clock. Didn’t matter whether it was a school day or the weekend. ‘Get up, get dressed. Put shoes on!'”

That, Warnock said, “was his sermon. Every morning.”

“I think it’s a sense of readiness, of I don’t know exactly what the day is going to bring, but somehow I’m going to make a way out of no way.”

Warnock invokes his hero often on the campaign trail – and on the Senate floor. But this fall, that might not be enough to counter headwinds for Democrats, like rising crime and high inflation.

Warnock will face off against Republican Herschel Walker. The legendary former football star, who won a national championship and the Heisman Trophy while playing for the University of Georgia in the 1980s, has been endorsed by Donald Trump.

Dickerson said of Walker, “He says you’re running on separation? What’s your response to that?”

“I think that the people of Georgia have a real choice in front of them about who’s ready to represent them in the United States Senate,” Warnock replied.

In a campaign ad, Warnock described himself as “a dad, a senator, a pastor – but a magician, I’m not. So, in just a year in the Senate did I think I could fix Washington? Of course not.”

Dickerson asked, “You’re saying ‘I’m not a magician’? Is that the difference between what you say in a campaign and the reality of governing?”

“Oh, I was clear about the reality of governing when I ran,” Warnock replied. “Because I’ve been engaged in the work of change long before I got involved in politics. It’s hard. It’s slow. But you keep moving.”

Warnock stresses the rewards of passing the infrastructure bill and bringing down the cost of insulin and expanding Medicare, but where Democrats might feel frustration, he takes a historical view about the nature of progress.

Dickerson asked, “Another issue that people care a lot about is voting rights. You in particular care a great deal about voting rights. That’s why you’re in Washington, to improve the situation. It hasn’t improved.”

“Well, I don’t know about that. I wouldn’t say that,” Warnock replied.

“Legislation has not passed to fix the problem.”

Warnock said, “The people of Georgia did an amazing thing: The State of Georgia stood up and in one fell swoop sent its first African American senator, and its first Jewish Senator, to the United States Senate.”

For now, Senator-Reverend Raphael Warnock’s toughest job politically might be a lot like his toughest job as pastor: trying to convince Georgians to have faith.

Warnock replied, “I just keep doing the work. I think we all have to get up every morning and do our work. Put your shoes on, as my dad used to say.”