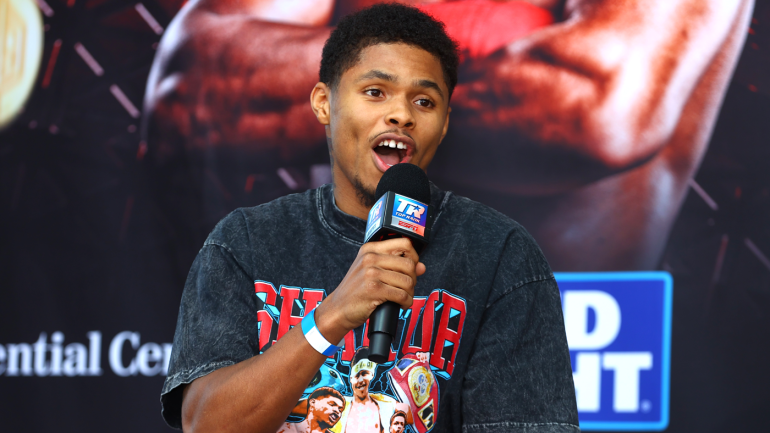 Shakur Stevenson is done a junior lightweight. The unified champion at 130 pounds no longer holds that title after missing weight by 1.6 pounds for his matchup with Robson Conceicao on Thursday. Stevenson had the chance to cut the last bit of weight after hitting the scale but chose not to.

He addressed his miss on social media.

“I gave it my all. I’ve been professional my whole career and made weight, but my body just can’t make 130 anymore,” Stevenson wrote. “My health has to come first. I’m moving up to 135 in my next fight.”

The titles will still be on the line for Conceicao, who made weight at 129.6 pounds. The belts won’t be officially vacant until the fight begins on Friday night in Newark, New Jersey.

Stevenson was mostly expected to move up to lightweight next even before his miss on the scale. A lack of top-tier opponents at junior lightweight, along with how deep 135 pounds currently is, made this decision seem a lot easier. Bouts with the likes of undisputed champion Devin Haney, Vasiliy Lomachenko and even Gervonta “Tank” Davis all now feel very possible.