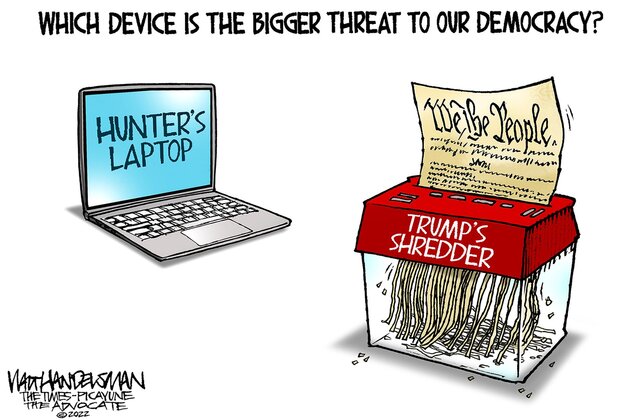 NEW YORK (AP) — The Rev. Al Sharpton has been called a lot of names in his public life: a hustler, a racist, an opportunist, a fraud, a rat, a jester.

He embraces at least one of the intended insults, a name often hurled by his critics on the right and the left: “Loudmouth.” That’s also the title of a two-hour documentary about the national civil rights leader debuting at theaters in 50 cities Friday.

Sharpton’s brash and combative styles, deployed in his advocacy for victims and families seeking accountability over police brutality and racial injustices, are on full display as filmmakers trace his evolution from Brooklyn rabble-rouser to sought-after figure in the U.S. political arena. Sharpton said he hopes the film inspires up-and-coming generations of loudmouths to join movements against injustices in their own communities.

“You had to be loud because you were not invited to address the public,” he says in the documentary framed around a wide-ranging, sit-down interview.

The lean physique Sharpton sat for the interview dressed in a three-piece, tailored suit and tie — a noticeable contrast to the rotund, chain and medallion wearing young man in a track suit, who many older Americans may remember.

The documentary opens with the civil rights leader’s 2019 birthday party, which was attended by A-list celebrities and top New York elected officials. The film concludes with a tearful Sharpton leading a prayer in 2021 after a jury convicted a white, former Minneapolis police officer for the murder of George Floyd. In between those bookends, viewers see an in-depth exploration of Sharpton’s upbringing by his mother, Ada Richards Sharpton, mentorship by the Rev. Jesse Jackson and soul music icon James Brown, as well as his headline-grabbing activism in New York in the 1980s.

It’s arguably the most nuanced look at the leader to date.

Directed by Josh Alexander and executive produced by singer-songwriter John Legend, “Loudmouth” has already screened at the Tribeca, Chicago, Philadelphia, Martha’s Vineyard and Denver film festivals. Its nationwide release comes at a “critical point” in U.S. politics, when divided government via the Republican-controlled House and the Democrat-controlled Senate could mean intensified activism around a civil rights agenda, Sharpton said.

“I think it’s more needed now than ever,” he told The Associated Press, “the kind of direct action and work on the ground that create the climate for protest. It’s going to double our efforts.”

As he wraps up 2022, Sharpton reflected on what has been a mixed, yet consequential stretch in progressive politics. On one hand, the midterm elections showed larger than expected engagement among a younger generation of voters, which blunted a predicted “red wave” in state and federal offices. By that, Sharpton said he is encouraged.

“I think that the shooting showed that we were not nearly as far as we thought we were going to go after George Floyd,” Sharpton said. “From the shootings in Buffalo, to the synagogue attacks, to the LGBTQ attack (in Colorado Springs), there’s widespread violent hate out there.”

“We’re going to have to have strong, hard enforcement legislation,” he added.

Alexander, the director, said whether viewers come out of the film loving or hating Sharpton, they will go away understanding what the leader was up against.

“If he’s saying the same things now that he’s been saying for decades, but now he’s celebrated and back then he was castigated, what does that tell us not about him but about the media ecosystem at the time?” Alexander told the AP.

Sharpton, 68, has been a go-to advocate for grieving Black American families seeking justice for nearly countless incidents that highlight systemic racism. Democratic politicians see him as a necessary ally for shoring up their credentials on racial justice issues.

It took Sharpton more than two decades to get there. Born in 1954 in Brooklyn, he showed promise as a preacher at age 4 and was ordained as a minister by age 10. At 13, Jackson appointed Sharpton as youth director of New York’s Operation Breadbasket, an anti-poverty project of the Rev. Martin Luther King’s Southern Christian Leadership Conference.

By the ’80s, a young adult Sharpton constantly courted controversy for using inflammatory language against his opponents. His most fiery rhetoric was reserved for the elected officials from whom he demanded action on cases of racial violence and police brutality.

“Loudmouth” relies heavily on footage from that period. The documentary highlights Sharpton’s activism in the cases of Michael Griffith, a 23-year-old Black man killed in 1986 by white men outside a pizza parlor in the then-predominantly white Queens neighborhood of Howard Beach; Yusuf Hawkins, a Black teenager fatally shot in 1989 after being confronted by a mob of white youths in the historically Italian American neighborhood of Bensonhurst in Brooklyn; and most controversially, Tawana Brawley, a 15-year-old Black girl who in 1987 accused six white men, including police officers, of assault and rape in upstate New York.

A grand jury later found evidence that Brawley had fabricated the story. Although Sharpton was hardly the only prominent New York figure who believed Brawley’s story, many of Sharpton’s critics still bring up the case to discredit him.

“Later in life, I became more conscious,” Sharpton says in reflection in the documentary. “I saw Tawana, in many ways, like the Black mother I had that was fighting for kids. … I saw in her a Black woman that Black men wouldn’t stand up for, and I wasn’t going to be the one to walk away from her. No matter how hot it got, I just wasn’t going to do it.”

Sharpton told the AP that the documentary does a good job of dispelling the narrative that racism was largely a problem of the U.S. South.

“Racism was not just a Southern thing, it was a Northern thing,” he said. “But it was manicured racism, until we got out there and marched.”