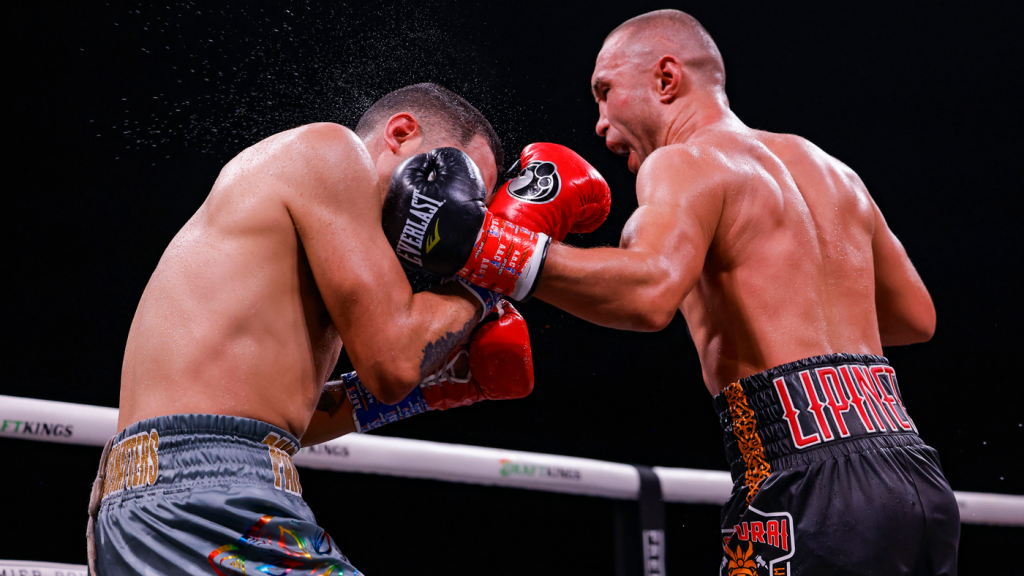 When Adrien Broner pulled out of his bout with Omar Figueroa Jr., it opened the door for Sergey Lipinets to jump into the spotlight of the main event of Saturday’s Showtime Championship Boxing card. Lipinets made the most of that opportunity, dominating the fight and forcing Figueroa’s corner to stop the fight at the conclusion of eight rounds.

Figueroa was certainly game, coming out firing from the opening bell and attempting to apply constant pressure to Lipinets against the ropes. That strategy may have worked well against Broner, a fighter who is notorious for having fits of low offensive output. Against Lipinets, it was a recipe for disaster.

Lipinets defended well as Figueroa flurried inside and used any space he could find to sit down on heavy punches. It became clear in the second round that Figueroa could not succeed in a firefight when Lipinets connected with a heavy right hand that resulted in a knockdown.

Figueroa, a former lightweight world champion, continued trying to fire away, but Lipinets calmly picked him apart with thudding shots to the head and body.

As the rounds wore on, the fight seemed to drain from Figueroa and his corner took note, calling a halt to the fight after a rough eighth round for their man.

Lipinets unofficially landed 172 punches to just 44 for Figueroa. The way the fight played out led to Figueroa, who also had his previous fight end in a corner stoppage, calling it a career in the ring.

“I’m just disappointed, you know? We worked so freaking hard,” Figueroa said after the fight. “I guess my body has reached its limit. I’ve been doing this for 27 years and I put in work like never before. … I worked my ass off, I promise you guys. But I guess my body is just done.

“[The change in opponent] is no excuse. We worked our asses off and my body just couldn’t do it. I think I’ve reached the end of the line here with boxing. I think it’s just had enough.”

Figueroa also noted that his daughter was born earlier in the day.

Lipinets picked up his first win since 2019, returning to 140 pounds, where he’s a much better fit than he showed in his failed welterweight stint.