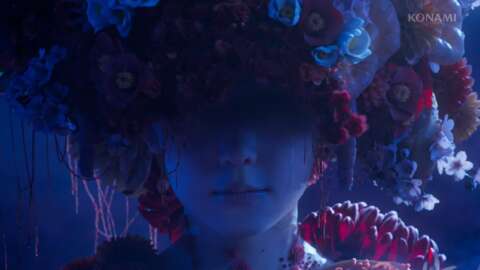 The game’s story will be penned by famed Japanese writer Ryukishi07, the author of the When They Cry visual novel series. Motoi Okamoto, who previously worked at Nintendo from 1998 to 2007, has been named a producer on the project.

The trailer shows a girl standing over what looks to be a memorial of some kind, which is adorned with red and pink flowers. The video then shifts to a town overrun by red vines, which slowly take over a Japanese village and attempt to capture the girl. The final scene shows the same girl floating on a small boat after being overtaken by the mysterious plants, who then looks at the screen and sheds a single tear before her face falls off of her head.