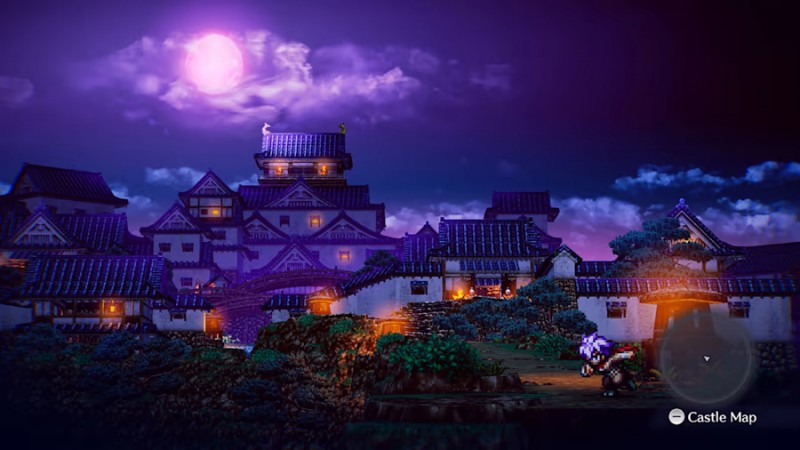 Nearly 30 years after its initial release, Live a Live is finally coming west. This 1994 Super Famicom RPG is from creator Takashi Tokita, one of the key developers behind Chrono Trigger and Final Fantasy IV. While it would be fascinating to play through Tokita’s original vision of Live a Live, we’re getting an enhanced remake using the same HD-2D graphical style from the Octopath Traveler games.

I recently spent roughly five hours in this ambitiously designed title, and can confidently say I enjoyed almost every second of its unique approach to storytelling and how it’s brought to life through beautiful retro visuals. Square Enix is releasing Live a Live on Switch on July 22. Here are a handful reasons why you should put it on your radar:

Seven Distinct Stories
Think of Live a Live like a JRPG version of the Marvel Cinematic Universe. When first booting up the game, you are asked to select a playable character from a pool of seven. Each character occupies a different point in time, such as The Sundown Kid from the Wild West and Akira from the near future. All of their stories are interwoven in some way and point toward a larger truth. Each timeframe brings a different presentation, soundtrack to fit it, and approaches to gameplay and storytelling. Part of the fun is learning how distinct each timeframe is upon entering them. You play through a chapter in a timeframe and then return to the character select screen to play a different story. I still don’t know how the second chapters for characters are handled. It appears you must complete the first chapter for all seven of them to unlock the path ahead.

A Fun Assortment of Characters
I’ve spent time with three of the main characters and have enjoyed each of them for different reasons. The Sundown Kid is the gruff drifter you’ve come to expect from Westerns. He lets his gun do the talking and isn’t afraid to down a glass of milk in one gulp. He is surrounded by a fun cast of characters that work at a saloon/inn. In the Imperial China story, The Earthern Heart Shifu is an old soul who is training the next generation of combatants. His words of wisdom and history of war are not lost on the odd group of disciples he’s chosen. These characters are interesting and conflicted in their own rights and help the Master develop as a fascinating lead. In the Distant Future scenario, life aboard a small spaceship takes a strange twist when a small robot named Cube enters the picture. Cube wears a baseball cap backward, has small wings instead of arms, and uses rollerskates as a means of locomotion. He also apparently needs to wear glasses. All three of these scenarios are radically different, and I have no idea how they’ll eventually connect.

Adult Language and Humor?
Live a Live looks like a Super Nintendo game, but its themes and dialogue never would have gotten Nintendo’s seal of approval back in the day. In one scenario, I gathered an item simply labeled “horse s—” and another character freely spit out the expletive during a conversation. The scenario themes and associated stories are equally as mature, exploring sequences filled with death or dire consequences. Live a Live is breathtakingly colorful, yet surprisingly dark in tone. 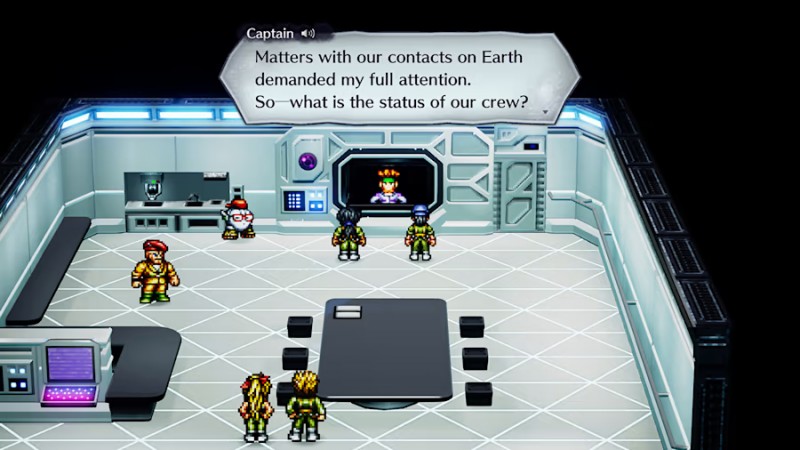 Excellent Writing
Each character is brought to life with nicely penned banter and the situations they find themselves in offer plenty of variety in both setting and gameplay. In the Wild West, I asked the town’s citizens to help me set traps to thwart a bandit attack. I had to pick which citizens handled which tasks, hoping my choices would be handled correctly before the eighth bell of the day rang out. This choice-driven task supposedly determines the difficulty of a forthcoming boss battle.

Combat Has Depth…But Will We See It Enough?
Live a Live’s first chapters focus intently on story and only give a small taste of the nicely designed combat system. This is a bit of a knock against the game, as I didn’t feel like I had much input in the early moments other than exploring and chatting with NPCs. The few battles in each scenario show a combat system that offers plenty of depth and strategy. Holding true to most SNES RPGs’, combat is turn-based and the beings you take on in battle look much different (and more terrifying) than when you talked to them. Within battle, you freely move your character on a grid to line up attacks. Some can be shot diagonally at a range, others torch a block of rows, and some require close precision. In two boss fights I engaged in, the battles were balanced nicely, forcing me to heal up several times and be strategic in my deployment of special abilities. I hope combat becomes a bigger part of each story as new chapters are unlocked. It wasn’t used enough in chapter 1.

It’s Beautiful
The 2D-HD look is every bit as stunning as it is in Octopath Traveler. The backdrops in each story are a feast for the eyes. The sprite characters don’t offer much animation but do move appropriately to convey an emotion or to highlight a dramatic sequence. The visuals scream of the 16-bit age, but also have modern touches everywhere, like realistic lighting of saloon doors swinging when the stranger strolls in to grab a drink.