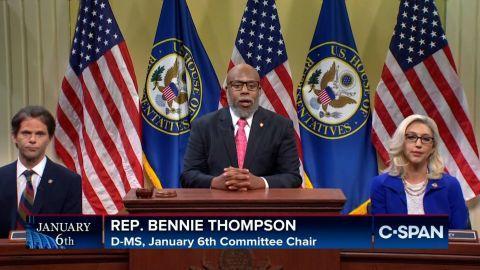 “Saturday Night Live” opened this week’s episode taking on one of the most notable moments in news as of late: the House Select Committee investigating the January 6, 2021, insurrection.

Kenan Thompson, who played Rep. Bennie Thompson, opened the NBC variety show by introducing the crowd to the committee’s ninth and final hearing.

“January 6 was one of the most dramatic and consequential moments in our nation’s history, so to fight back we assembled a team of monotone nerds to do a PowerPoint,” Thompson’s Bennie Thompson said.

He then went on to say the committee has been looking into the attack for more than a year but this session would be a “little different.”

“We are going to summarize our findings, hold a history-making vote and then and only then we all get to have a little treat,” Thompson’s Bennie Thompson said bringing out pastries.

After this introduction, Rep, Liz Cheney, played by Heidi Gardner, took the floor.

“Over the past few months, this bipartisan committee has presented our case to all Americans,” she said. “Whether you’re a Republican who’s not watching or a Democrat who’s nodding so hard your head is falling off, one person is responsible for this insurrection: Donald Trump. And one person will suffer the consequences: Me.”

Gardner’s Cheney said audiences may be wondering what makes her so tough, and she said that she would ask the audience, “Who’s your dad? Is it Dick Cheney?”

“So yeah, I guess you could say I have big Dick Cheney energy,” she said.

The committee then went over some of its evidence including a video of House Speaker Nancy Pelosi, played by Chloe Fineman, and Senate Majority Leader Chuck Schumer, played by Sarah Sherman, in a bunker.

“Hello, DoorDash? It’s Chuck Schumer,” Sherman’s Schumer said on a phone from the bunker. “Yes, we still haven’t received our lunch order. And I did change our drop off location due to some unfortunate treason, but it should have arrived by now.”

The committee then went to evidence of then-President Donald Trump asking a bunch of people if he lost the election including a White House janitor who said that he did, in fact, lose the election.

Trump even asked a dog who “shook his dead side to side.”

“Donald was desperate to hang on to power,” Rep. Adam Kinzinger, played by Andrew Dismukes, said. “While real heroes like Nancy Pelosi and Chuck Schumer were the ones actually running this country.

Then it immediately cut to Sherman’s Schumer and Fineman’s Pelosi talking to then-Vice President Mike Pence.

“Let me tell you, if Trump comes here right now I’m going to punch him right in the face,” Fineman’s Pelosi said. “I’ll go to jail, but I’ll be happy.”

“The fact is that Trump planned to declare victory no matter the results,” she said. “Look at this video of the President a day before the election.”

The video shown was of James Austin Johnson as Trump on the phone saying the “votes don’t matter.”

The committee then took a vote to subpoena Trump. They all voted yes and thought he would actually show up.

“Alright, I can already see that this is a complete zero,” Thompson’s Bennie Thompson said. “I want to thank my colleagues for throwing their summers and in some cases their careers to serve on this committee.”

He then added it was “a fun country while it lasted.”

After that, it led to the show’s signature phrase, “Live… from New York! It’s Saturday night!” 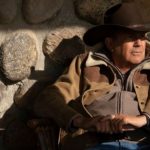 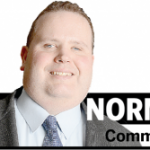 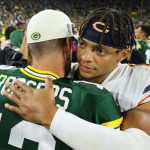