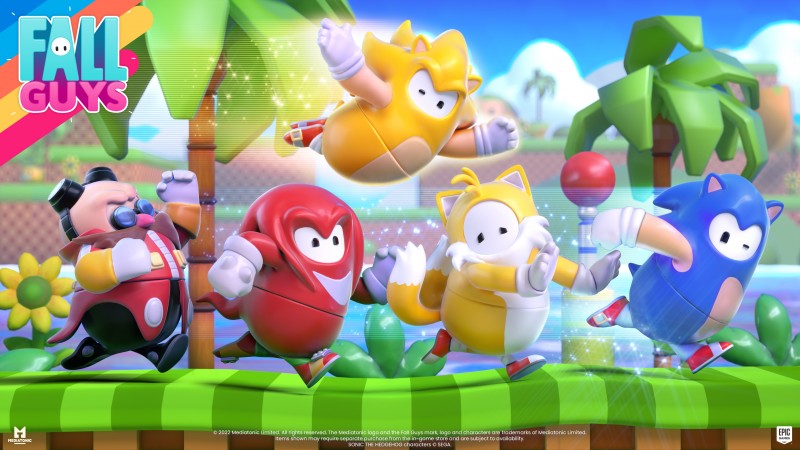 The Sonic the Hedgehog franchise may have turned 30 years old last year, but the party is still going for some. We already knew additional Sonic-themed costumes were planned for Fall Guys this month, but developer Mediatonic this morning announced the details of the collaboration event with Sega’s iconic brand. The event is meant to celebrate over 30 years of Sonic the Hedgehog and includes a new Sonic-themed level and new outfits.

Those aren’t the only rewards you can snatch up during this event, though. New costumes for Sonic, Tails, Knuckles, Super Sonic, and Dr. Robotnik are all available in the store during the event. You can also buy the Sonic Foot Tap emote.

This isn’t Sonic’s first appearance in Fall Guys as a costume. Back in 2020, players could pick up this Sonic costume. This special Fall Guys event featuring Sonic the Hedgehog begins on Thursday, August 11, and runs until Monday, August 15.

Fall Guys originally launched on PlayStation 4 and PC, where it found overwhelming success as a fun gameshow-style twist on the battle royale genre, in 2020. In 2021, publisher Epic Games acquired Fall Guys developer Mediatonic. Earlier this summer, Fall Guys changed from a premium model to a free-to-play model, and launched on PlayStation 5, Xbox Series X/S, Xbox One, and Switch.