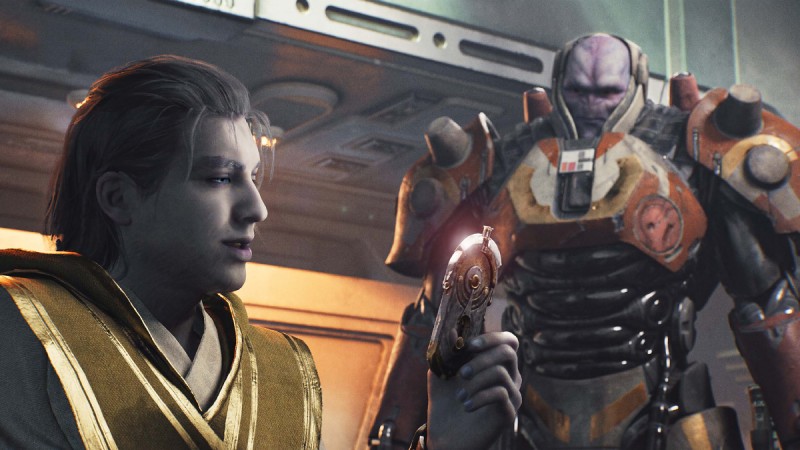 The sequel to Star Wars: Fallen Order, Star Wars: Jedi Survivor, was announced some time ago, but developer Respawn Entertainment has remained mostly silent on what to expect. That changed earlier this month when a new gameplay trailer pulled the veil back on several new gameplay features, not to mention an impending March release date. We followed up with game director Stig Asmussen to learn more details about the anticipated title.

One of the most notable additions is the arrival of several new fighting stances for Cal Kestis as he goes into battle. “We have five fully realized stances in the game,” Asmussen shares. “A lot of it depends on the enemy that you’re coming across. It’s advantageous to use certain types of stances against certain types of enemies, and it’s up to the player to figure that out. It requires the player to break down the enemies and figure out what the best weapon of choice is.”

The new stances include a dedicated dual blade option, showing Kestis flipping and spinning his two separate blades at high speed. A separate new stance finds the Jedi wielding a blaster and lightsaber simultaneously, adding a new ranged dynamic to his moves. “It really speaks to where we find Cal in this part of the story,” Asmussen says. “It’s five years since the first game, and the dark times are still in full swing. He’s an unconventional Jedi, and he has to do unconventional things. So, something that would be frowned upon during the height of the Jedi Order? Cal’s finding he’s going to do whatever it takes.”

Players also get a new heavy stance leveraging the crossguard-style lightsaber, made familiar by Kylo Ren. “It’s a more confident approach,” Asmussen says. “It’s weighty; it’s beefy. But you have to be very measured on how you use it because the timing windows are longer with the blade.”

In addition to the return of well-received characters like BD-1 and Cere Junda, Respawn is introducing new faces, including a mercenary named Bode Akuna. “He and Cal form a special bond,” Asmussen says. “It’s almost like they’re brothers. And they’re not exactly the same, but they really do complement each other.” Beyond story considerations, Bode plays a role as a buddy A.I. character who aids in both combat and traversal. 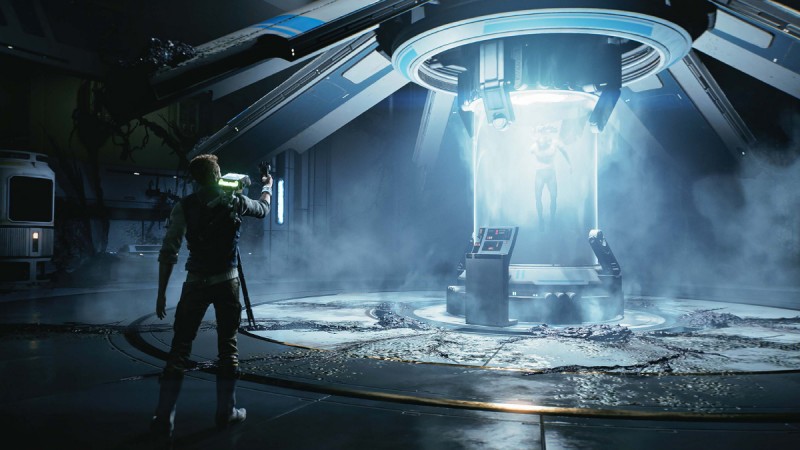 Jedi Survivor embraces several new traversal mechanics, allowing for much greater flexibility in exploration. That includes using an ascension cable for climbing and crossing distant points and Kestis’ ability to tame and ride mounts. “It’s much of a wider Metroidvania approach,” Asmussen says. “Cal can cross huge gaps by chaining several types of skills together. But it’s also about how we approach these mounts and how they’re used to negotiate and dominate the world.”

It’s clear we’re just scratching the surface. There’s a new gang of enemies Cal must contend against. We also know Cal is visiting a new planet in the Star Wars fiction, which Asmussen says will be a central proving ground and place of exploration, alongside visits to numerous other worlds. The action and visuals (with some particularly impressive ray-tracing) look phenomenal. All signs point to a sequel that is more than ready to step up from the role of Padawan to that of a true Jedi Knight.