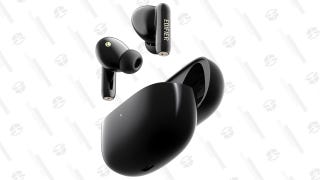 What makes the Steam Deck the most unique piece of gaming hardware currently available? You might be tempted to suggest its impressive graphical horsepower crammed into such a small form factor, or portable access to Steam, or even the software gymnastics it does to make Windows games play on Linux. That’s all cool for sure, but for my money the Deck’s killer feature is its rear grip buttons and dual front touchpads, which make it totally unique among gaming devices. These non-standard controls are quickly changing the way I play one genre in particular: first-person shooters.

Just being able to so easily enjoy such games on a handheld is certainly worthy of praise on its own. But as I’ve played around, mapping shooter controls to different areas on the machine, I’ve started to realize that the Steam Deck stands uniquely positioned to change the way we interact with shooters. Crunching PC mouse-and-keyboard control schemes onto gamepads has always required compromises, but Steam Deck’s unique array of inputs allows for novel combinations that prioritize movement and aiming while providing new ways of interacting with the game.

Consider the rear grips. Anyone with a Scuf or Xbox Elite controller is no stranger to back paddles. While many swear by these things, which clearly offer advantageous control flexibility that isn’t otherwise possible, Scuf’s patent on rear-side control features mean paddles will remain rarely enjoyed novelties until hardware manufacturers figure out a way to standardize their inclusion. Arguably, Valve has done just this with the Steam Deck.

Every Steam Deck model, even the cheapest, gives you a set of four rear-mounted buttons which absolutely help with games that weren’t designed with controllers in mind. But they also benefit games that are designed for gamepads.

While it’s been great to play games like Halo without needing to take my thumbs off the analog sticks, firing up Crysis has keyed me in to the other benefit of rear buttons: moving past the tyranny of the standard video game controller layout as it’s existed, virtually unchanged, since the late ‘90s.

To be fair, Crysis has been translated well enough to a standard controller experience ever since its 2011 Xbox 360 / PS3 port. But the 2008 PC original took PCs’ expansive array of buttons and keys for granted. Changing between suit functions, picking up objects, and swapping attachments and fire modes all felt much more natural on a mouse and keyboard.

The console gamepad controls were full of compromises. Sprinting, for example, automatically engaged the suit in Speed mode and thus drained energy. On PC you used a combination of buttons and mouse movements to switch up suit powers, something that translates well to the Steam Deck’s rear grips. Switching the controls to “Classic” mode allows you to quickly pull up the selection menu with either bumper, and then select the appropriate mode with mapped buttons on the back, leaving your thumbs free to focus on aiming and movement. Such a control scheme retains the advanced functions of the PC original, without the need to compromise and cram too many functions into fewer inputs.

Another great example of a game where the additional inputs would rule—though in a heartbreaking twist, Steam Deck can’t play it at the moment—comes in Halo Infinite and its weapon dropping. Usually that requires holding down Y, but you can map “weapon drop” to a paddle or keyboard key to drop guns instantly, and without sacrificing a thumb on your sticks. This instant weapon drop is so disruptive to the competitive meta that eUnited’s Tyler “Spartan” Ganza recently expressed how it unfairly favors those with paddles.

If having more functions at your fingertips can modify and perhaps elevate a game, why not consider a future in which paddles come standard on game controllers? Imagine the expanded features and ease of play we’re missing out on by sticking with the same decades-old sets of inputs every “new” console generation.

The Steam Deck offers a glimpse of such a future. In Crysis, the rear paddles let me instantly execute the strength jump, crouch and go prone, swap weapons, or change suit functions, all without sacrificing aiming or movement. Crysis can get rather tough and hectic, so prioritizing agility while still having quick access to the suit functions is not only very convenient, I think it lives up to the spirit of the game’s fantasy of being a soldier with super-powered armor. It’s a shame Destiny 2 is not as easily accessible on the Deck; it’d benefit greatly, too.

The front-facing touchpads are just as revelatory. With the ability to recognize simple directional gestures on top of being clickable, the touchpads are my go-to option when sniping. It’s kind of a shame Halo: The Master Chief Collection’s anti-cheat for multiplayer doesn’t play nice with Steam Deck, as dropping to the touchpad under the right analog stick for some quick, precision sniping offers a wild new level of control I’d love to try it out against other players. For now, only the Covenant, Flood, and Prometheans of the campaigns will have to cower in fear of my newly deadly snipes.

The Steam Deck control experience isn’t perfect. Halo: The Master Chief Collection in particular doesn’t want you using a keyboard, mouse, and controller at the same time, so you’re still limited sometimes in how much you can rearrange bindings. But even just having a secondary form of analog input to control fine aiming, or zoom level, makes the game feel a bit more complex and nuanced. I’d love to see what a developer could do if it natively factored Steam Deck’s expanded inputs into a game’s design.

First-person shooter controls have been long stuck in the mud; the genre has rotated around the same handful of control schemes for decades now. The Steam Deck offers a potent demonstration of how new input styles and button arrangements can offer legitimately better ways of interacting with even these very standardized types of games. There’s a lot to build on here, but first hardware makers have to choose to make such innovations possible by moving beyond today’s antiquated gamepad conventions and actually try something new. 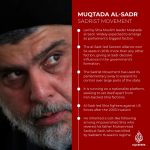 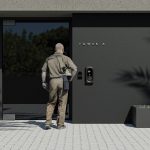 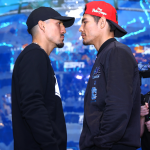 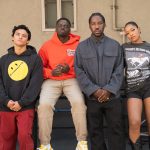