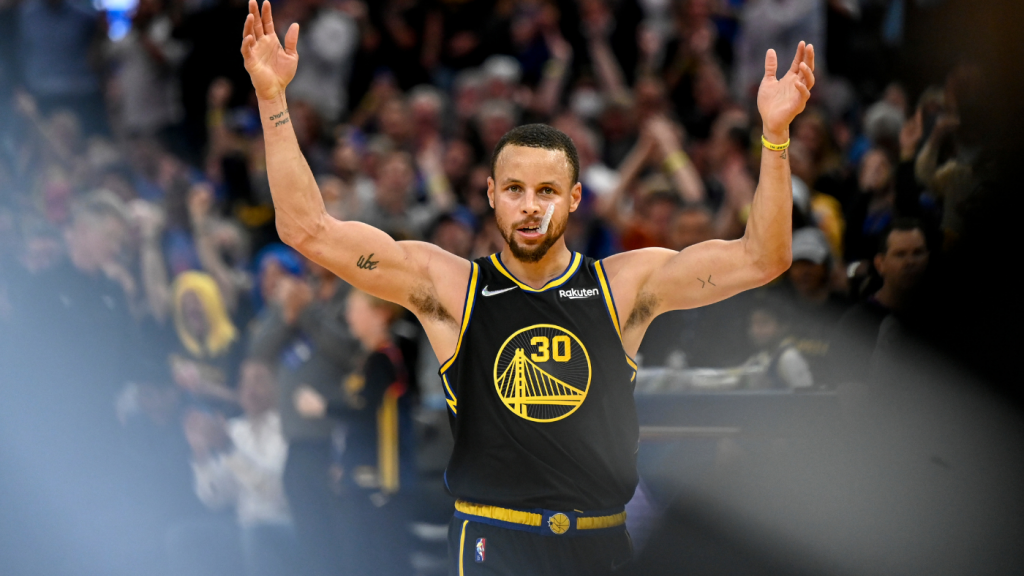 It’s not really accurate anymore to say Stephen Curry is disrespected by his peers or the media or even by random idiots on Twitter. It sure used to be. It look a long time for a lot of people to simply accept, without qualification, his all-time status. But there’s still some residual ridiculousness hanging around. The latest example come from former NBA player Mike James.

James, if you don’t remember, logged 49 career NBA games with the Suns, Pelicans and Nets over the 2017-18 and 2020-21 seasons, although he plays in Europe these days. On a recent episode of the Players Choice podcast, James named his top five players in the league: Kevin Durant, Joel Embiid, Giannis Antetokounmpo, LeBron James and Luka Doncic. You’ll notice Curry missing.

That’s not the problem. Reasonable minds can disagree as it pertains to the top five players in what is an immensely and deeply talented league at the moment. It was James’ rationale for leaving Curry off that is just so tired and wrong.

“Steph, how he plays and how he gets stuff off, it’s just kinda one dimensional at times,” James said. “He’s not the primary ball-handler a lot, and for a point guard that kinda bothers me.”

“I think those other five can do whatever they want to do on any team in the world right now,” James added. “I just don’t know about that for Steph. It’s a little murky for Steph… If you put him in Minnesota, he would still kill, but I don’t know if it would be the same.”

Here we go again. Steph is only Steph because of the Warriors system. It’s so ridiculous that it hardly warrants a response, but it’s a quiet weekend in early August and I don’t have much else to write about. Even more ludicrous is the one-dimensional tag James is trying to put on Curry. The fact that he isn’t the primary ball handler, which James points out, is precisely what makes him NOT one dimensional.

There has never, in the history of basketball, been a more lethal scorer in terms of on- and off-ball ability. Never. Not even close. If you want to say Luka Doncic is better than Curry, fine, but don’t back it up with the one-dimensional thing. Luka ONLY knows how to play with the ball in his hands. Have him start running around screens and shooting threes off the catch and see how effective he is.

Curry is a three-level scorer. He is lights out at the rim, in the short and long midrange and obviously from 3. He can score off the dribble, off the catch, in transition, and yes, in isolation, which basketball players will be enamored with until the end of time — 71 percent of Curry’s buckets in these last NBA Finals were unassisted.

Curry is a world-class ball handler, a magical passer — when he’s keeping his freewheeling instincts in check — a terrific screener, and a plus defender. Yes, I said it. He’s a plus defender; though if you want to make the “Curry is a product of the Warriors’ system and the players around him” at least make it about the defensive side.

Trying to negate or question or qualify anything Curry does on offense is such a bad look. And I just love that Curry noticed. At his annual Curry camp, he was asked how some of his campers would fare against him in a 1-on-1 matchup.

“Oh, it’s all bad for them,” Curry said. “All bad for them, even as one-dimensional as I am.” There was a brief beat of silence, and then Curry couldn’t contain his laughter. “I’m sorry, I’m petty. I’m so petty! Keep it going, I like that one a lot.”

Again, I love this. It’s playful, yes, but it illustrates the unending search for motivation from a guy who has absolutely nothing left to prove. Guys like Curry, who were counted out any any point in their life, no matter how high they eventually ascend, never lose the chip on their shoulder. That’s how they stay on top this long.