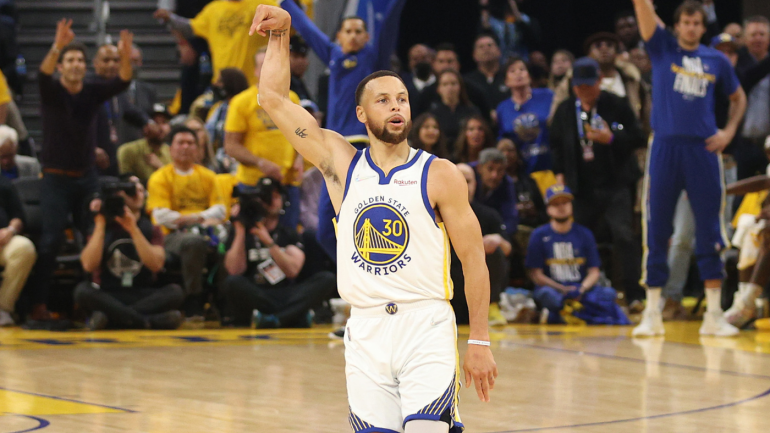 The idea that Stephen Curry somehow needs a Finals MVP to validate his all-time resume is preposterous, but if you believe he does need that hardware, he got off to a pretty good start on Thursday night. The Warriors star erupted for 21 points in the first quarter of Game 1 of the NBA Finals against the Boston Celtics.

Curry finished the quarter 6 for 8 from 3, and one of those misses was a half-court heave at the end of the first quarter. The six made 3-pointers are a Finals record for a single quarter.

Curry has now made at least five 3-pointers in a single Finals quarter three times during his career. Per ESPN Stats and Info, all other players in NBA history have combined for two such quarters (Kenny Smith and Ray Allen each did it once).

The Celtics didn’t do themselves any favors by losing track of Curry a couple times in the early going, allowing him wide-open looks. Once he was in rhythm, he barely hit the rim the rest of the quarter.