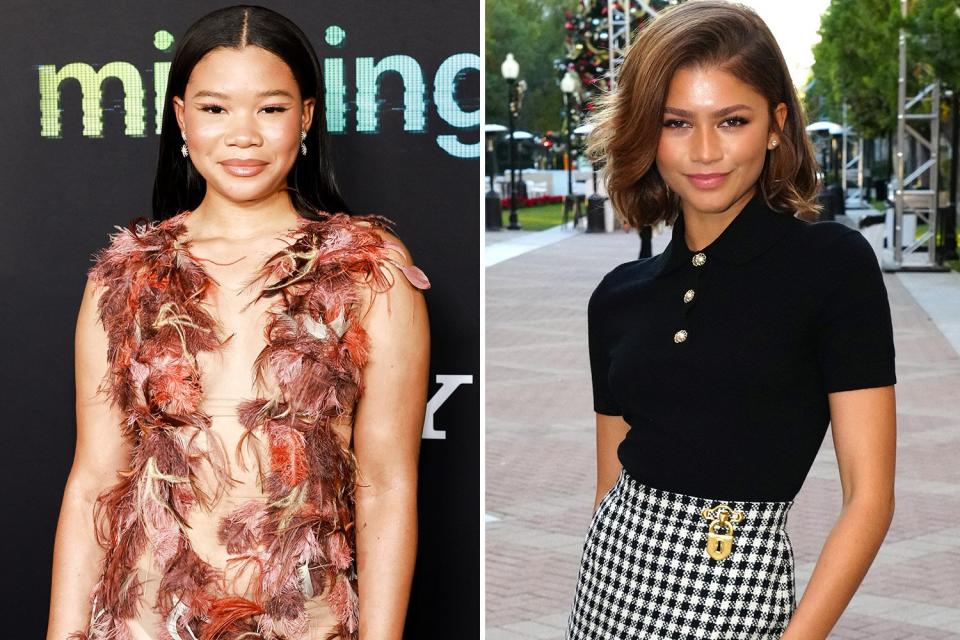 Storm Reid knows she can always lean on Euphoria costar Zendaya when she needs support — and honesty.

On the latest episode of the PEOPLE Every Day podcast, Reid opened up about the close bond she’s built with her TV sister.

“I always go to her for advice,” said the Missing actress, 19. “She’s always just super honest, super blunt, in the most loving, gentle way. But she’s still gonna tell you how she feels. And I love that because I am a very blunt, straightforward person. Just cut around all of the extra fluff and, you know, get straight to the point.”

Reid plays Zendaya’s younger sister Georgia “Gia” Bennett on Euphoria. Even though their characters in the acclaimed HBO drama frequently butt heads, the pair’s off-screen dynamic is far from that.

From Reid’s own experience, the 26-year-old Emmy winner — who plays Ruby “Rue” Bennett — is “sweet.”

“That’s my big sis,” Reid continued. “With each other and in general, I think it’s just important to be real. I think we live in a very, very fake world sometimes. So it’s good to cut through the fluff.”

Want to get the biggest stories from PEOPLE every weekday? Subscribe to our podcast, PEOPLE Every Day, to get the essential celebrity, entertainment and human interest news stories Monday through Friday.

Zendaya, who is also an executive producer on Euphoria, previously said Reid was her “dream casting” for the role of her character’s younger sibling.

“As she’s come up, I’ve always been told, ‘Oh my gosh, she looks just like Zendaya!’ So when a role for my little sister came around, I was like, ‘Storm! We have to work together,'” she told BuzzFeed U.K. in 2018. “She’s adorable and she’s awesome.”

In addition to the pair’s friendship, something else Reid is “so grateful” for is her new role opposite Nia Long in Missing. The film follows June (Reid), a young woman who attempts to find her mother Grace (Long) after she goes missing on vacation with her new boyfriend. To help with her search, June utilizes tools that are accessible online

“Thankfully I haven’t been put in a position to where my mom goes missing, but that unconditional love that parents have for their children, and that children have for their parents, you’ll go to the end of the earth or you’ll do anything to be able to make sure that your parent is safe,” Reid said, describing the film. “So that’s what June did, and she did it in a clever way. And I don’t think I would be able to ever do what June did, so I admire her for that.”

Missing is now playing in theaters.