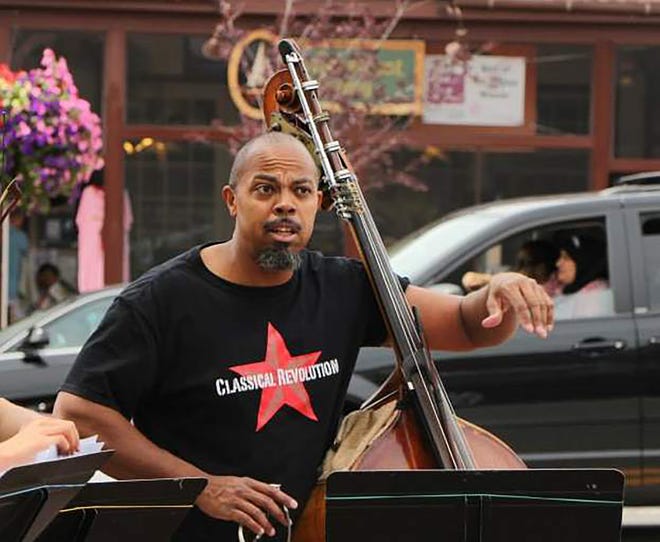 Two string concerts are planned for Thursday and Friday in Hillsdale, both are free and open to the public.

The performances, at 7 p.m. at David Middle School auditorium, are presented by Hillsdale County School of the Arts, as a part of its “Summer String Festival,” a two-week camp for all levels of string performers in the Hillsdale area.

The first show is Thursday with a guest artist recital by Rick Robinson and CutTime Simfonica.

Robinson, now popularly known as Mr. CutTime, also will perform with local students in their final concert on Friday.

After retiring from 22 years as a classical bassist and composer who played with the Detroit Symphony Orchestra, Robinson founded CutTime Productions, dedicated to helping students of classical music further their musical education and talents in low-cost and accessible ways.

CutTime Simfonica also began more than 10 years ago in Detroit as a group of string and percussion players from Detroit Symphony Orchestra decided to start a separate group.

According to its mission statement, the group hopes to “join together to inspire stronger communities with your local classical and symphonic musicians.”

Both of these missions align with the Hillsdale County School of the Arts’ mission. It also hopes to help local students of all ages and abilities through musical opportunities, like the string festival.