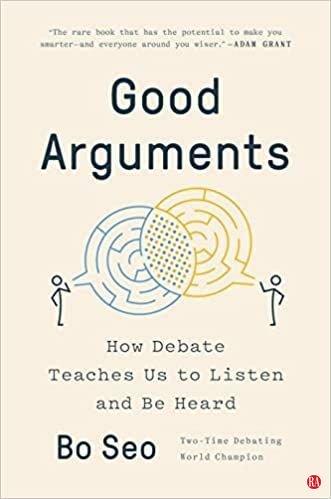 Not too long ago, my son told me he had a problem with his camera’s sensor.

“Not a problem!” I said helpfully. “Just ask one of the photographers at the newspaper. I’m sure they’ll give you great advice.”

Ok, I thought. Then I did the maternal version of Google Maps “recalculating.” Son is 21 and does not want Mommy’s help. I get it. “What about asking one of your advisors at school?” I suggested.

“Why would I do that when I could just look on You Tube?” he asked.

Yes, of course. Why would anyone talk to anyone at all when YouTube solves everything for you and you never have to have engage in that prickly, awkward, draining activity called Human Conversation?

I understand that I have a taciturn son, no doubt the result of his mother’s loquacity. But I fear my son’s evasion of conversation is not singular. Fewer and fewer teenagers and young adults want to engage in conversation, certain, that in this touchy, easily offended world, they’re going to say the Wrong Thing.

Two-thirds of teens surveyed in 2018 said they would rather text their friends online rather than see them in person. Texting is short, precise and direct. It risks nothing. In particular, it risks disappointment. A too-earnest text can easily be dismissed with a “JK” for just kidding. Most importantly, a text comes devoid of the 70 to 93% of our conversation scholars estimate is non-verbal.

Self-protection, rather than self-revelation, has become the default position of our younger generation.

We no longer know how to talk with one another. We’re too afraid.

In a fascinating interview with 12 public school teachers by The New York Times, a reporter asked the group to use one word to describe their “biggest concern about the United States.” Here are a few of their responses: Extremist, divided, unbalanced, turmoil, polarized, inequitable. When asked why so many of the words focused on division, one teacher said, “I find we don’t even have the art of conversation anymore. My students can’t talk to each other. They can’t talk to adults.”

Part of that is the corrosive effect technology has had on society, and our willing participation in this cultural degeneration. When we cave to the techno-companies whose only mission is to get us all hooked on devices, when we pacify 2-year-olds with cellphones and tablets, we are eating away at the marrow of what holds us together as human beings. I cannot go to another family dinner in which one member is distracted by the incessant bleating and yawping of some infernal device to which they are drawn. It is hard to know what is worse, the disturbance itself or the ignorance that such conversational sabotage is impolite.

Second is the position too many of us have taken as victims-in-waiting. The frequency of the victim antennae is pitched so high that many young people are terrified that they will not just say the Wrong Thing, but the offensive thing. They may victimize someone. They may “trigger” someone. They risk the millennial version of excommunication: They’ll be “canceled.”

A Knight Foundation-Ipsos study in January found that 65% of college students felt today’s campus climate prevents people from saying what they believe for fear of offending someone.

Worse, none of this occurs in person. If my son’s experience is common, most of it occurs online, after the comment has been heard and when it can be picked over like a decaying side of beef.

This does not help. It does not encourage the virtues we need, which include standing up for oneself, defending one’s position, and, most critically, the opportunity to ask forgiveness.

“I’m sorry. Could you explain where you’re coming from?”

In his new book, “Good Arguments: How Debate Teaches Us to Listen and Be Heard,” Bo Seo, a 28-year-old two-time world debating champion, argues that our problem is not that we disagree, but that we “disagree badly.” He maintains that rebuttal, or arguing back, needs to be done fruitfully and respectfully. Rebuttal, he writes, is “a vote of confidence not only in ourselves but in our opponents, one that contained the judgment that the other person was deserving of our candor and that they would receive it with grace.”

Imagine, you could actually disagree rewardingly, and in person, if you only learned to do it well.

We need less technology and more humanity. The best that schools may offer students is a device-free classroom and a robust debate team.