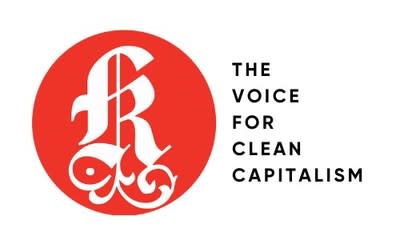 In celebration of its 20th anniversary, Corporate Knights announced the results of this year’s Best 50 Corporate Citizens in Canada during an evening gala held at the Gardiner Museum in Toronto.

In recognition of Canadian sustainability leaders, Corporate Knights announced both the results of its Best 50 ranking, as well its annual Award of Distinction. The award is presented to leaders who have made a substantial contribution to advancing the conditions required for a sustainable economy. This year’s awardee, Vicky Sharpe, is the Founding President and former CEO of Sustainable Development Technology Canada (SDTC).

Sharpe has demonstrated lifelong commitment to being at the nexus of ecology, capital and innovation.  At the heart of her efforts is the outcome for which she is recognized as this year’s recipient: catalyzing green venture capital in Canada. While CEO of SDTC, Sharpe increased the foundation’s public funding pool from $100 million in 2001 to over $1.4 billion in 2014 with a roster of 280 companies, in addition to mobilizing private sector capital to enable more than $4 billion of investments for project and commercialization activities. These investments supported cleantech innovations in industries ranging from power, oil and gas, and transportation to agriculture, forestry and mining, while making  Canada more productive and boosting exports.

With nearly 20 years of board service, Sharpe has demonstrated a deep commitment to clean capitalism and Canada’s innovation ecosystem. She is a founding director of: The Indigenous Infrastructure Fund Corp., The Capital Markets Regulatory Authority the precursor to a national securities regulator, Alberta Enterprise Corporation – a fund of funds mandated to diversify the oil and gas economy of the province and Carbon Management Canada Research Institutes a national network focused on a low carbon future for Canada’s fossil fuel sector. Vicky also sits on the Board of EfficiencyOne, an energy efficiency utility and the Verschuren Centre board.

Previous Award of Distinction recipients include Adèle Hurley (for beating back acid rain in North America), The Hon. Dalton McGuinty (for phasing out coal power), The Hon. Gordon Campbell (for implementing a carbon tax model for the world), Munir Sheikh (for standing up for evidence-based policy), The Hon. Danny Williams (for converting fossil fuel wealth to sustainable energy prosperity), The Rt. Hon. Paul Martin (for championing the addition of natural capital indicators in the system of national accounts), and the late Maurice Strong (as Chair of the Rio Earth Summit).