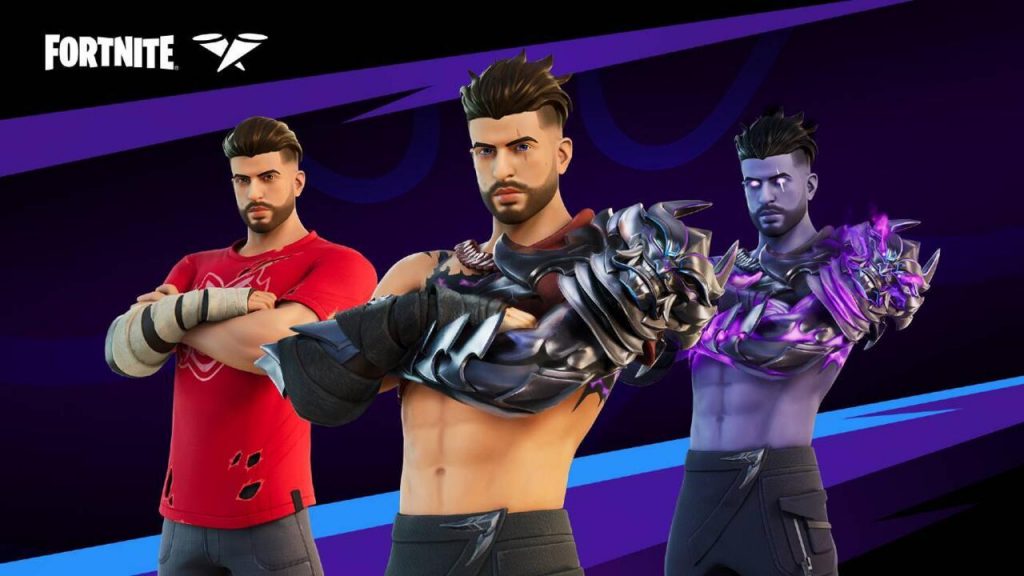 Streamer and content creator Ali “SypherPK” Hassan will be the latest Fortnite-related personality to put his own digital skin in the game when his Icon Series outfit and accessories hit the Fortnite Item Shop next week. SypherPK getting his own set of cosmetics puts him in rarified air, joining the likes of Kathleen “Loserfruit” Belsten, Tyler “Ninja” Blevins, and most recently Maria “Chica” Lopez in Fortnite’s Icon Series.

Like the other content creator sets, SypherPK’s will feature his outfit, the Oni’s Curse back bling, Sypher’s Scimitar pickaxe, and the Sypher’s Strut emote. You’ll be able to grab them separately or in a bundle when they arrive in the item shop at 8pm ET on September 22.

The outfit is rather robust in terms of features, coming with a default style that’s essentially just SypherPK in real life along with both reactive and non-reactive ghostly styles. With the reactive style, he gets more ghostly with each kill. If you’re familiar with the Marigold skin’s reactive gold style, then you more or less get it. The outfit also has a masked option, and the accessories will have the same basic style options as the outfit, so you’ll be able to keep them coordinated.

As is standard when Epic introduces new Icon sets, there’ll be a tournament before the set lands in the Item Shop that will give you a chance to win the outfit and back bling for free. And there’s actually a bonus way to earn that skin this time, plus a free wrap, as shown below.

The SypherPK Icon Cup–a zero-build duos tournament–will take place September 21, and top performers, by placement and kills, in each region will get the skin, as usual. But this tourney will also include an alternate leaderboard for kills with a new device called the SypherPK Trap Tower. Top placements there will also get you the outfit and back bling. So that’s neat.

And on top of all that, SypherPK’s team has put together a new Creative map called PIT Island, which will be available as soon as Fortnite’s Chapter 3, Season 4 kicks off. On this map, you’ll be able to chill in the oasis social hub or, of course, shoot people in the free-for-all PvP zone. If you complete the zone’s quests then you’ll earn the Oni Ascension loading screen and the Sypher Is Here spray. Honestly, the loading screen ain’t half bad.

The PIT Island map will be sticking around until October 2. The SypherPK cosmetic set will likely remain in the Item Shop until that date as well.