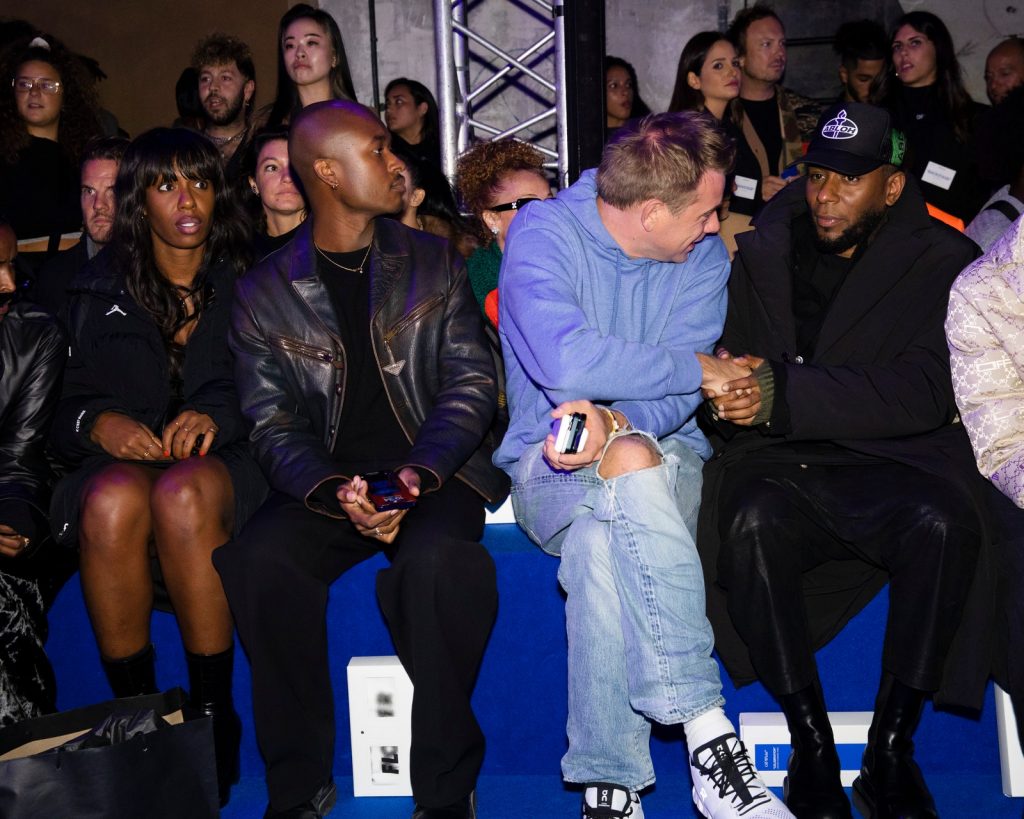 As the Paris fashion cognoscenti continue to swap rumors about who will succeed the late Virgil Abloh at the helm of Louis Vuitton Men’s, one of Abloh’s longtime collaborators is confidently asserting a new direction at Off-White. Ib Kamara, the British stylist and editor-in-chief of Dazed, was named Off-White’s Art and Image Director in May, following an inspired three year stretch as Abloh’s most trusted stylist. Since then, Kamara has been deepening the grooves Abloh laid down at the brand he founded in 2012. After Thursday night’s Off-White show, the first overseen by Kamara, he explained how he and the design studio approached the SS23 collection, which was originally started by Abloh before his death. “We sort of discovered all of our house codes, and we’re experimenting, and we’re trying new ideas,” Kamara said. And he laid down an ambitious goal for the future of Off-White: “We want to make it the most desirable, the most luxurious house.”

The runway show, titled “Celebration,” certainly rivaled any in terms of the crowd: despite being on the outskirts of Paris, hundreds of young Abloh offspring mobbed the entrance as Naomi Campbell, Erykah Badu, Lucien Clarke, Bloody Osiris, and other members of the extended Off-White family strode into a warehouses carpeted in a warm hue of royal blue. Now that luxury labels are gobbling up signature shades left and right, it seems fitting that Off-White would formalize one as well: meet “Impossible Blue.”

As Jonathan Anderson and new Ferragamo designer Maximilian Davis looked on, out marched a troop of models in trim overstitched jackets and form-hugging sheer knits adorned with muscular embellishment. Backstage, Kamara elaborated on the theme: “Complete imagination is one of the key things we latched onto,” Kamara said. “One of our codes that Virgil [explored for a] very long time is the sense that you can just dream and reimagine.”

A key element that the Off-White team reimagined was the clothes themselves. The loose threads were gestures to Off-White’s signature deconstruction, the sense that the garments, partially finished, are works in progress. But here it was showcased within a new sense of refinement. “We wanted to strip back and really find the codes,” Kamara explained, “but in a more simple way, a more artistic way.” (Kamara used the word “codes” many times in our brief conversation. Abloh was famous for the “cheat codes” that guided his creative process, but Kamara is talking about the signature visual and thematic elements of the brand.)