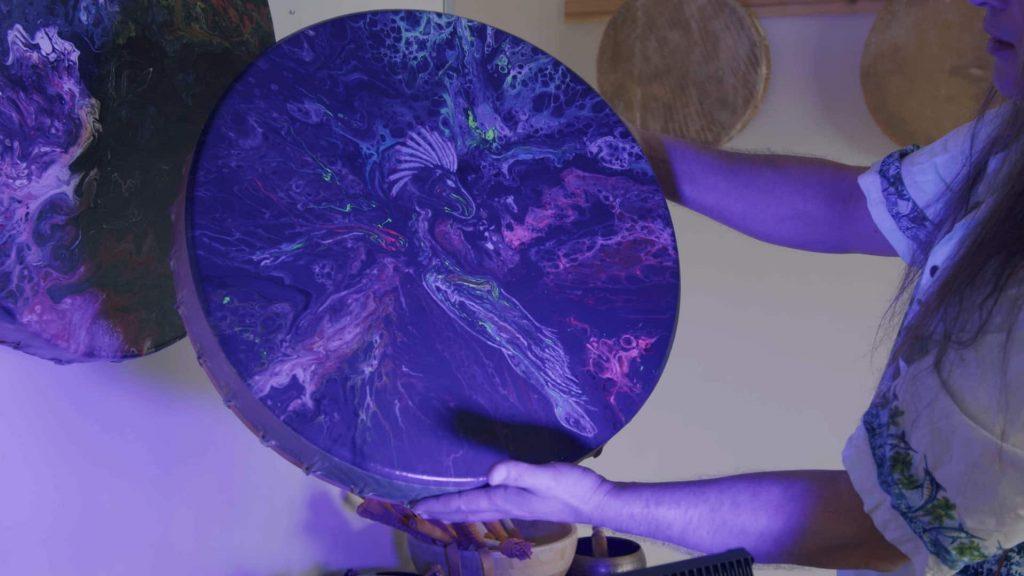 From the outside, the last few years have seen a non-stop series of revolutions in the art world.

From the time they found widespread notoriety early last year, non-fungible tokens (NFTs) have commanded price tags in the tens of millions for pieces of digital art. But critics describe them as a fundamentally valueless grift that offers nothing of substance to arts patrons, and artists themselves have complained of their work being stolen and “minted” without their knowledge.

At the same time, the web3-based metaverse has been touted as the new home for that art — a digital environment Facebook has sunk billions of dollars into, even as its own employees fail to adopt its use.

And most recently AI art (which can create art based on either text prompts or simply an unfinished sketch) has been pitched as a route to art’s “democratization,” allowing those without the technical abilities to create illustrations themselves cheaply and quickly — though only after the systems have been trained on billions of examples of existing art, often without the consent, or remuneration, of the original creators.

So what gives? Why has the art world been buffeted again and again in the past year with changes marketed as benefiting artists but that have seemingly upended the way art is made and consumed? Why have innovations from the tech world that are supposed to affect the way society as a whole operates seemed to blow up and court controversy, the most notably in art spaces?

WATCH | Can the tech that powers crypto, NFTs be used for more than making money?:

Can the tech that powers crypto and NFTs be used for more than making money?

Take a look at how blockchain is being developed to authenticate Indigenous art and for use in health care.

“These technologies present themselves, look for ways to get talked about by the art world,” explained Rob Horning, a technology writer and founding editor of Real Life magazine, pointing particularly to the rise of NFTs.

An NFT is a creation primarily operating from the Ethereum blockchain — effectively a system that publicly records and tracks online transactions. The main purpose of that system is to make it possible for the Ethereum cryptocurrency — which uses “fungible” (exchangeable) tokens, meaning they can be traded one for another as functionally identical items — to function.

In contrast, an NFT’s “non-fungible” nature means it is unique — no two are interchangeable. That means they can be linked to a digital artwork (which themselves are very rarely stored on the blockchain themselves) to give it authenticity.

In essence, that means the valuable part of an NFT in the visual arts world is the perception of value. While the digital art it’s tied to can be copied a limitless amount of times, only one person can say they have an “authentic” copy.

That technology, Horning said, had little to no clear purpose before inventing a market for itself for selling digital artwork.

While the initial expressed goal was to give artists without representation the ability to sell their work, NFTs have proven much more divisive among artists.

While theft and piracy have proven to be huge issues in the space, there has been pronounced pushback against NFTs from the group they were initially supposed to help: smaller artists who, instead of finding new avenues to sell their work, are finding themselves mashed up against tech and crypto subcultures using — and selling — their work without the artists’ consent.

But despite the pushback, the technology continues to be pitched and promoted, Horning said, as NFTs and cryptocurrency remain only “as significant as the buzz around them.”

“There’s a constant pressure for people who are invested in crypto to get crypto in the news, get people talking about crypto,” he said. “And one of the ways you can do it is to get artists to talk about crypto, or get artists to make things that tangentially involve crypto or NFTs.”

The bumpy intersection of the art and tech worlds is seeing a more recent, though not unfamiliar, collision now with AI art. Through machine learning models such as DALL-E, Stable Diffusion and Midjourney, anyone with an internet connection can input a few prompts and generate any image they’d like.

Like with NFTs, some artists have fought back against it. Artists such as Simon Stålenhag — whose sci-fi scenes gave inspiration to the Amazon Prime series Tales from the Loop — and web-comic artist Sarah Andersen have complained that those systems are trained off of publicly available art, including their own works. That gives users the ability to request that images be generated in a living artist’s style, mimicking their work — and potentially taking business away from them.

Artificial intelligence art generators are “not in the hands of artists right now. It’s in the hands of early adopters of tech,” Stålenhag told Business Insider in a recent interview.

Blair Attard-Frost is a PhD candidate at the University of Toronto who studies the impact of AI and ethical ways to implement it in industry. They said that those artists fall into the camp of the “labour-displaced,” those whose workflow has been fundamentally changed by the implementation of AI. And like Stålenhag, Attard-Frost said they are concerned about how AI art’s creation has been built from those artists’ creations for little or no pay.

But those issues crop up in many industries that implement artificial intelligence. The reason it is more visible in the art world is the central position art has in people’s daily lives.

“One reason why this ‘AI artist’ stuff is attracting so much attention is because it’s much more generalized, right?” Attard-Frost said. “It affects everybody, and it unlocks all kinds of new abilities for many people … in a way that those more specialized applications aren’t quite doing.”

As to why these tech inventions have built such strong connections with the art world as opposed to other areas, there are a number of reasons. Robert Enright, senior contributing editor to Manitoba’s Border Crossings magazine and research professor in art theory and criticism at the University of Guelph, said it partly stems from the industry shifting to value the selling of art over its creation.”

“One of the things that has happened — and I think this explains why NFTs and why there’s this sort of search to find a new thing to sell — I think that in lots of ways, the marketing of art has become a very, very significant part of this process,” Enright said.

“Because there’s so much money in the world now, and because the wealthy have to find things to do with their money, one of the things they do is pay exorbitantly high amounts of money for art.”

At the same time, as Attard-Frost explained, these are technologies that are coming to all arenas of life sooner or later. They’ve simply taken their first stumbling steps in the art world, while regulation around many of these technologies is still so much in its infancy, they compared it to the “Wild West.”

But Sara Ludy, an American artist whose work often utilizes new technologies, says that’s just indicative of the field. The nature of art is experimental, which will always draw artists to new mediums and techniques, which have yet to be widely understood.

While that can make it incredibly difficult to keep up with the shifting requirements of tools an artist needs to master — and lead to potentially predatory business practices from those outside the world of art who see opportunity — art and tech will always find themselves intertwined, she said.