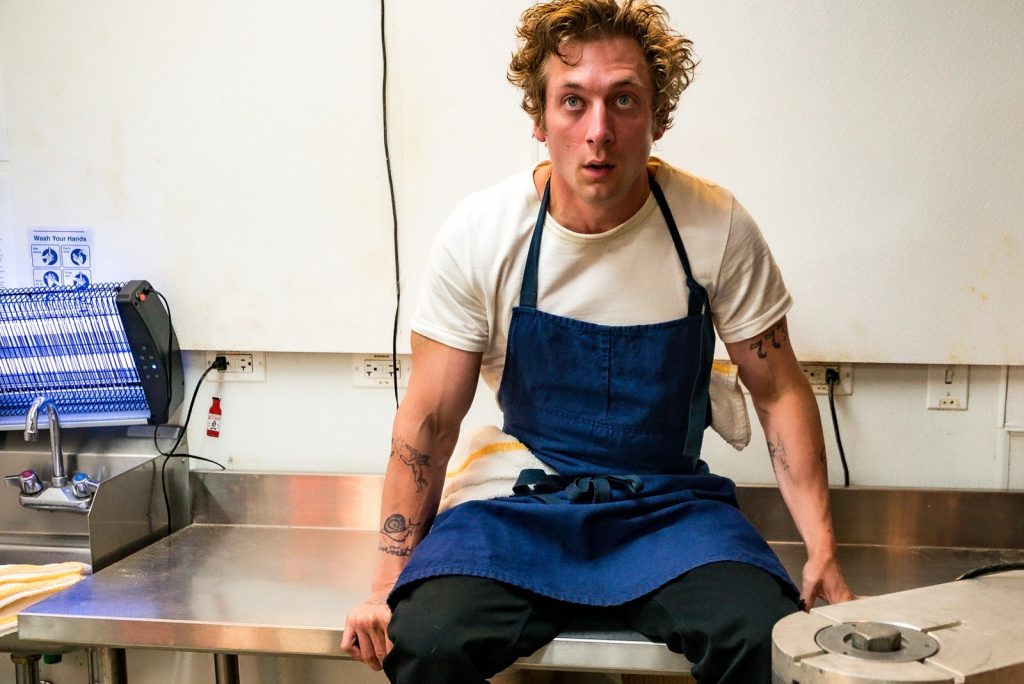 Carmine “Carmy” Berzatto, Jeremy Allen White’s character on this summer’s breakout series The Bear, is kind of a menswear head. Though the show’s subplot about Chef Carmy’s side hustle collecting vintage selvedge denim all but drops off after the pilot episode (in which Carm reluctantly agrees to trade a rare American-made Levi’s jacket in exchange for his restaurant’s lost shipment of beef), his appetite for meticulously well-made clothing still lingers throughout the season. How else would a chef’s uniform of plain white T-shirts and black Dickies pants inspire so many articles about where you can get some of your own?

(For the record, Cristina Spiridakis, the costume designer for The Bear’s pilot, confirmed to GQ that Carmy’s white tees are from the small German brand Merz b. Schwanen, as well as Whitesville’s Supreme x Hanes collab. And while the notion that a grisled restaurant chef would wear expensive shirts working the line is partially the move of a TV costume department, it’s also not hard to imagine that Carm would spend his paycheck on some quality IYKYK wares.)

Meanwhile, the show’s success has landed Jeremy Allen White, the actor, on the fast track to wearing innumerable expensive shirts, because that is simply what actors do. (Jeremy Allen White, the person, still dresses pretty low-key; he wore his own clothes during his GQ photoshoot in Brooklyn earlier this summer.) For his Wednesday night appearance on the Tonight Show Starring Jimmy Fallon, White wore an ultra-luxe, cashmere-silk knit polo from Loro Piana, the Italian luxury brand favored by real-life billionaires and fictional media heirs. The star of the show of the summer wearing the shirt of the summer feels right—and though Loro Piana’s version would set Carm back a cool $1,695, White’s smattering of tattoos helped it read a little more “young Henry Hill” than “young Henry Ford.”