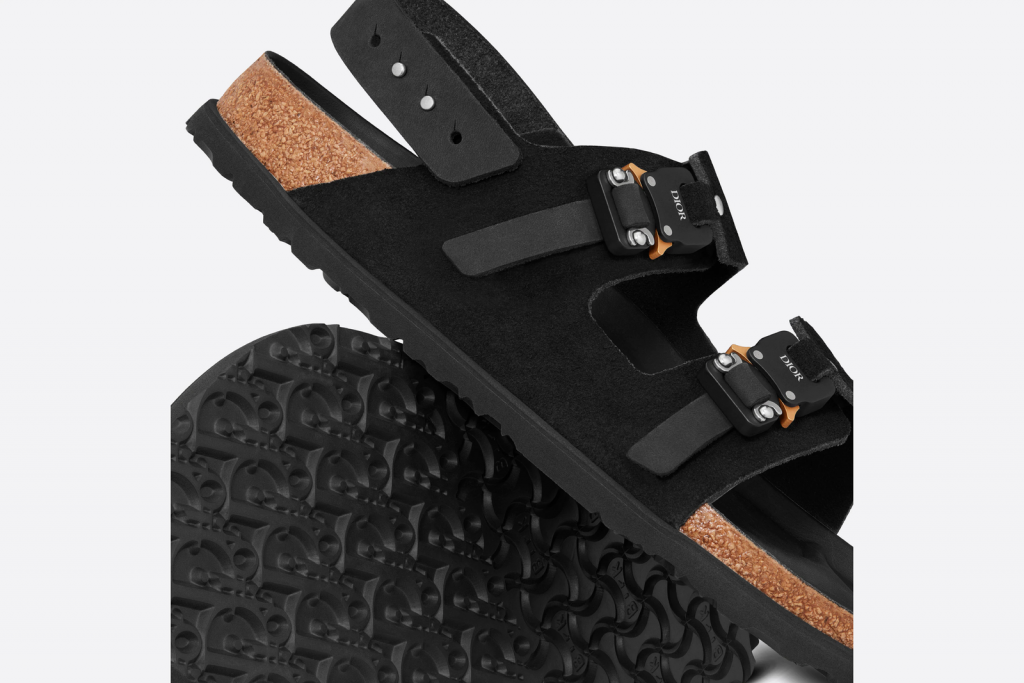 The Dior Birkenstocks first struck ground in the depths of winter, with models’ stockinged feet tucked into nubby felted clogs and sandals as they traversed a Paris runway. But it is now, in the not-quite dead heat of summer, that they have at last arrived, ready to roam the world over.

The House of Dior released its variations on two pairs—the Tokio back-strapped mule and the Milano back-strapped sandal—for sale on their website this morning, with both styles coming in at a cool $1,100 each. The sandals come in two colorways, black nubuck leather and “Dior gray” felted wool; same goes for the mules, which also come with an additional option of “greige” nubuck. They each feature Dior’s hallmark rollercoaster buckle (a motif that 1017 ALYX 9SM founder Matthew Williams brought to the brand a few years back) and embossed soles featuring a mash-up of Dior Oblique motif with Birkenstock’s signature bone-patterned tread.

As of press time, the collaboration—which Dior says “pays an ever-subtle tribute to Monsieur Dior’s passion for gardening by combining functionality and elegance” (chic)—is already nearly sold out on the brand’s website, though you should be able to pick up a pair at your local Dior maison. And now the Diorkenstocks shall undoubtedly cross into uncharted territory where the map ends, otherwise known as…the secondary resale market. We can only hope they will meet up with the puffy skate shoes from Dior’s other waviest collab of the year, with ERL’s Eli Russell Linnetz, along the way. In the meantime, best of luck!