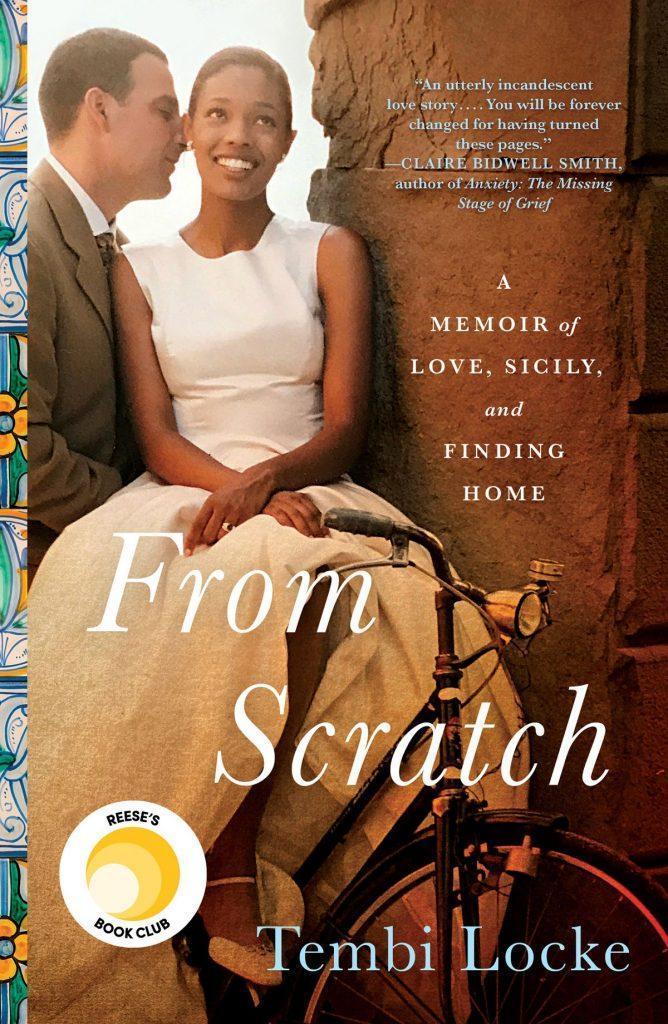 For co-writers and sisters Tembi and Attica Locke, the Netflix series From Scratch is a deeply personal one. Based on Tembi’s best-selling memoir, From Scratch: A Memoir of Love, Sicily, and Finding Home, the eight-part romantic drama follows a cross-cultural love story set against the idyllic Sicilian countryside. Offering a glimpse of Tembi’s whirlwind life, the show stars Zoe Saldaña as Amy Wheeler, a law student who travels to Italy for a six-week art program and meets and falls for Sicilian chef Lino Ortolano (Eugenio Mastrandrea). The two embark on a sweeping journey filled with love, great food, and unforeseen challenges that bring their families together in a way they could have never imagined. Be prepared—it’s a tearjerker.

Having Tembi and Attica so heavily involved in the project made it all the more special for costume designer Amanda Riley. Tasked with creating an artful sartorial narrative to support the incredible love story of Amy and Lino, Riley worked closely with the sisters every step of the way. In addition to sharing family photos, which helped set up each character’s look, Tembi and Attica were readily available around the clock to share feedback and work through any questions Riley and her team had. “Throughout the journey, there were moments where Tembi would share personal stories that would help to color moments and characters, allowing for a deeper vision of how to paint this story,” Riley shares.

For Tembi, it was important that Amy’s looks mirrored her surroundings and adventurous spirit. “There’s always a little of the unexpected with Amy,” Tembi says. “I wanted the clothes to evolve and change with her over time.” There were also lots of discussions around Amy’s Texan roots, which served as a through line for her fashion choices throughout the series. “An intrinsic part for me in developing each outfit was hand-selecting items that felt personal and individual in order to recreate the feeling that, even while back in Los Angeles, Amy was walking through the streets of Firenze creating wearable art,” Riley adds.

Color, especially red, and print are a foundational part of Amy’s style, and when it came time to source pieces for the series, Riley worked with local vintage vendors to find one-of-a-kind pieces. “I had a great advantage while working in Italy, in that my incredible local team was connected to vintage wholesalers throughout Tuscany and the south,” Riley says. “I also chose contemporary Italian and French designer marques whose design inspiration is pulled from classic vintage prints, fabrics, and cuts. I love the look of feminine florals and drapey fabrics with classic lines that continue to be worn season after season.” For Riley, it was important for each piece to feel alive and have a story.

This rang particularly true when it came time to design Amy’s wedding dress, a replica of Tembi’s own Amsale gown. “I came across Amsale quite by chance,” Tembi recalls of her bride-to-be shopping experience. “It was a serendipitous encounter, instantly magical.” The late designer is widely credited as being the inventor of the modern wedding dress. Searching for a classic and elevated design, Tembi was shown the dress by a sales associate at a Beverly Hills boutique. It was a floor sample and happened to be the last of its kind. “I tried it on, and it fit perfectly! Not a single alteration,” she shares. “When I later learned that Amsale was a Black woman with Ethiopian roots, I felt all the stars aligned.”

The stunning sleeveless satin gown featured classic lines via a high neckline, drop waist, and full skirt. But it was all drama in the back. Anchoring the low-cut back are two flowers that descend into a sweeping train. For Tembi, the flowers meeting in the midline symbolized the conjoining of two hearts.

With Tembi’s help, Riley and her team approached Amsale, now run by the designer’s daughter, to re-create the look. The designers referenced the past catalog and resurrected the pattern, working closely with Riley and her team on getting the measurements exactly right. “The process was truly divinely guided,” Riley says. “The dress arrived after being custom-made to Zoe’s exact measurements, and when she put it on for the first time, it fit her perfectly. I can’t say there was a dry eye on set the day Zoe appeared in the gown to shoot the wedding scene. It was a truly magical moment.”

Riley also chose to use Amsale for Amy’s sister’s bridesmaid dress and for both of the mother-of-the-bride dresses.

Seeing the final dress again years later while in the midst of recreating one of the most joyous days of her life was a visceral sensation for Tembi. “It brought me joy, tears, longing, and so much gratitude,” she says.

With Riley and the Locke sisters at the helm, the From Scratch wardrobe is as personal and breathtaking as the story itself—full of magical moments that spark happiness and love.

From Scratch is now streaming on Netflix.