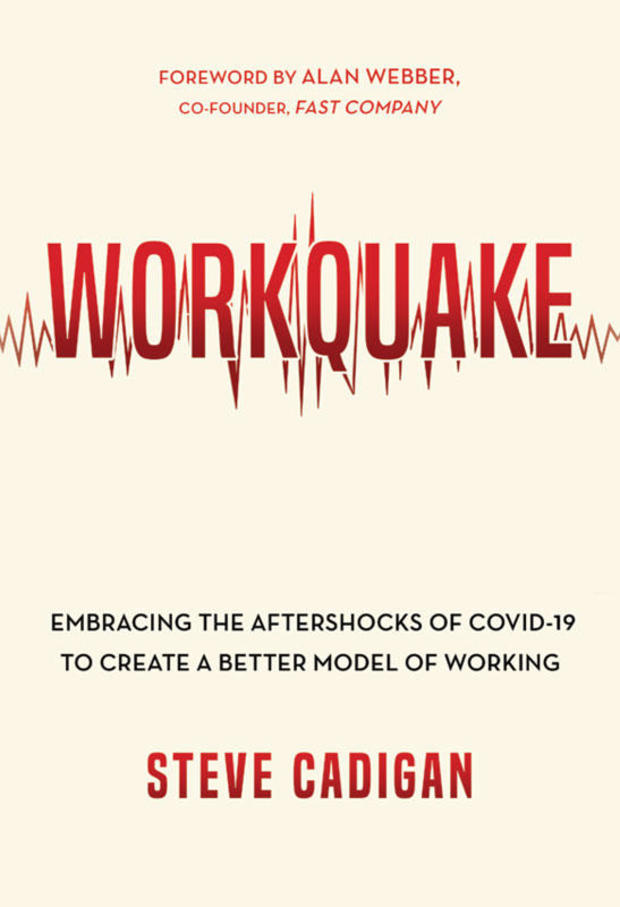 As the pandemic subsides, we’re going back to flying, back to theaters, back to restaurants. But back to the office? Well, yes … and no.

Ryan Williams is the founder and CEO of Cadre, a real-estate investment firm in New York City. His employees work are back in the office three days a week. “We believe the time is now to bring folks back into the office, to bring them together,” he said. “I do think that there’s no replacement for in-person mentorship, training, guidance for younger employees in particular. I don’t think you can replace that virtually. You don’t get that serendipitous sort of brainstorming, talking about an idea, and then white-boarding it virtually.”

On the other hand …

Jeremy Stoppelman is the CEO of Yelp, the business-review service. As the pandemic ebbed, he gave his 4,400 workers the option of coming into the office. But, he exclaimed, “They didn’t show up! It was something, like, one-percent utilization in all these beautiful offices that we had set up.”

“And nobody came in?” asked correspondent David Pogue.

“Which makes sense – they save on commute, they have more flexibility in their day, they can spend more time with their family, have more time for activities.”

Now, Stoppelman said, “We are fully remote, and have decided that this is gonna be our posture going forward. We feel very strongly that it is simply the future of work for a lot of knowledge workers out there.”

Like a number of other big businesses, Yelp gave up most of its office space around the country, and that wasn’t the only benefit to the bottom line: “What we’ve seen from our employees is productivity has sustained at least as good, if not better, and in fact our revenue is now higher than it was pre-pandemic.”

Pogue said, “Here’s where I get stuck – there are other companies, as you know, who’ve looked at the same data, and drawn exactly the opposite conclusion: Everybody’s gotta come into the office.”

“In my mind, if you’re not going remote, or seriously thinking about it, you’re missing out on one of the greatest free lunches in business.”

It’s true: Remote workers get to live anywhere; they can adapt a more flexible schedule; and they get to avoid the commute, the office politics, and some of the childcare headaches.

But it’s also true that meeting in the office can be better for spontaneous collaboration; mentoring; building a corporate culture; and cultivating a social life.

Maybe that’s why some companies have gone virtually all-remote (including Airbnb, Deloitte and Dropbox); some require your full-time presence in person (Goldman Sachs, Netflix and Tesla); and others request your presence a few days a week (Apple, Starbucks, and JP Morgan).

Steve Cadigan, a workplace consultant and author of “Workquake: Embracing the Aftershocks of COVID-19 to Create a Better Model of Working” (Amplify Publishing), said, “I think we’re going through a phase where I would call it an ‘experimental phase.’ There is no major in any MBA school that I’m aware of that has a, How do you have to change your culture, your recruiting strategy, your supply chain, all at the same time?

“My advice right now is to really not make a decision for now or never after, ‘We are this. We are remote. We are going to be hybrid.’ I don’t think you can, because you don’t know how this is gonna play out in six months. If you ask any executive search firm right now, when we call a candidate, the first question they ask is, ‘Is the job remote?'”

Cadigan said the Coronavirus presented us, for the first time in history, with a moment in time where everything hit “pause”: “And everyone stood back and looked at their reality from a different perspective. ‘Gosh darn it, I love shopping on Tuesday and not having to elbow people at the grocery store every Saturday and Sunday.'”

Brooke Weddle, a partner at the consultancy McKinsey & Company, said that, since the pandemic started, the balance of power between management and workers has radically changed.  “How do we keep people productive, but then how do we keep [them from] leaving? With the Great Attrition, the Great Resignation, we’re seeing a lot of talent leave the workforce in record numbers. Forty percent of employees are considering leaving their work in the next three to six months. That is a hard figure to not take seriously as a CEO.”

Pogue said, “This conversation, ultimately, is about, Are your workers happy?“

“Yeah. And what drives happiness? They want that belonging, they want to feel valued by their organization and their manager,” Weddle replied. “I think employees are saying, ‘Look, we want something different and we want something more meaningful.’ And I don’t see that going away any time soon.”

“We’re having this conversation about jobs that can be done at home or hybrid, right? I mean, a nurse, a pilot, a bus driver, they’re not going to have any of these options.”

“However, you can still create flexibility for those roles,” said Weddle. “You can still talk to a bus driver about her connection back to what an organization’s purpose is.”

Those efforts are already underway. Already, 58 percent of American workers say they have the option to work from home for at least part of the week.

In April, after she’d been working at home for two years, AT&T ordered her department back to the office five days a week. “My heart sunk,” she told Pogue. “It’s almost a slap in the face, due to the reason we’ve been doing the job, it’s been proven for those two years. You’ve patted us on the back for our productivity.”

To make matters worse, Wilson said, AT&T consolidated three departments onto a single crowded floor of a new building. “We’re all on edge,” she said. “And all it takes it for one person to cough or sneeze, and that anxiety kicks in again. Because you’re like, Where did it come from? So, your office morale right now is none.”

Pogue asked, “Do you think they’ll lose some good talent with that approach?”

“Are they in any danger of losing you if this situation doesn’t get better?”

“I’m sorry, I get emotional when that comes up,” Wilson replied, “because I feel like I’ve done so much and put in so much to get to 30 years of service. And to make that decision to leave early, it’s painful.”

As a union steward, Wilson has proposed a hybrid plan to her bosses; she’s hopeful that they’ll allow working at home two days a week.

“We have been very clear that employees would not work from home indefinitely. …

“We believe we serve our customers better when employees are in the office collaborating and learning from one another.  Many of our employees never left the workplace and our track record supporting our employees’ well-being and health throughout the pandemic has been beyond reproach. While we hope all our employees find their work fulfilling and engaging, we understand if life circumstances cause an individual to seek a new environment either inside the company or elsewhere to meet their needs.”

In the meantime, Yelp CEO Jeremy Stoppelman concedes that the great shift to remote work might strike some traditionalists as radical: “It’s a crazy idea. I totally get that. It’s a huge transition. It’s disruptive to the way that we’ve thought about the office for 100+ years. You have a lot of employees that are doing their job, simply at a computer every day? You could probably go remote, and it’s gonna be a win for everybody.”