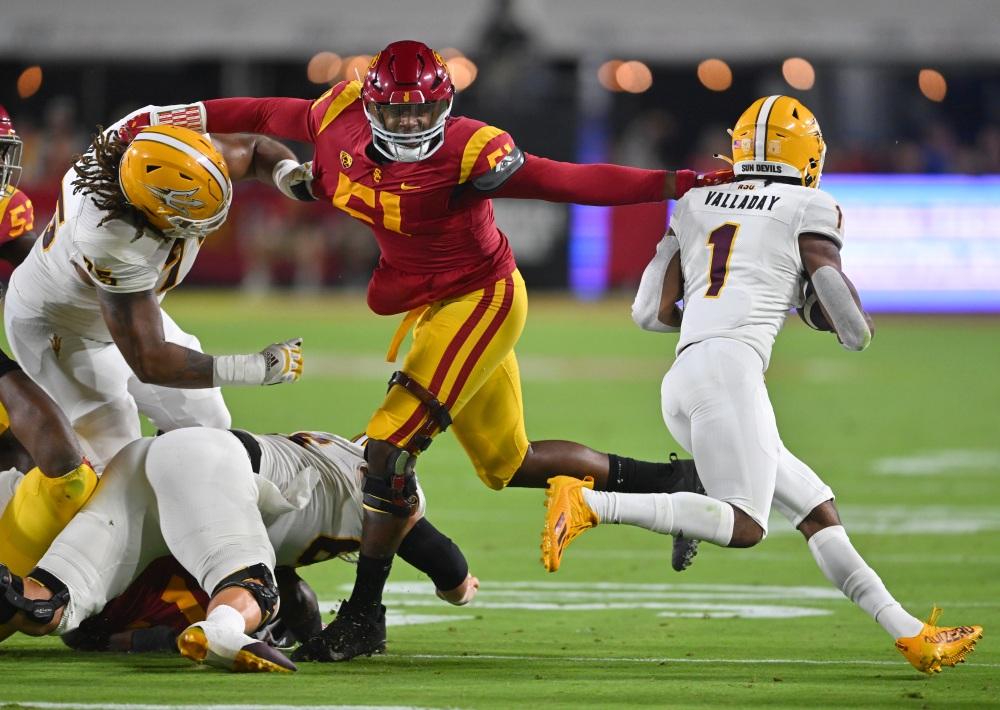 The USC Trojans continue to win games. However, this game against the Arizona State Sun Devils isn’t going to be especially memorable. This was a stepping-stone game in preparation for Washington State on Oct. 8.

After Alex Grinch’s defense got off to a hot start to begin the season, the defense declined a little bit against the Sun Devils.

Nonetheless, the Trojans’ offense did more than enough in a bounce-back performance after the Oregon State slog a week before. USC won, 42-25, at the Coliseum in a contest that ended late on Saturday night.

Caleb Williams threw for 348 yards and three touchdowns, although he did throw his first interception of the season in the end zone. Travis Dye had 13 carries for 62 yards and a pair of scores, and Jordan Addison led the aerial attack with 8 catches for 105 yards.

The Trojans are 5-0 regardless of how it happened, and here are the best photos from the victory over Arizona State: