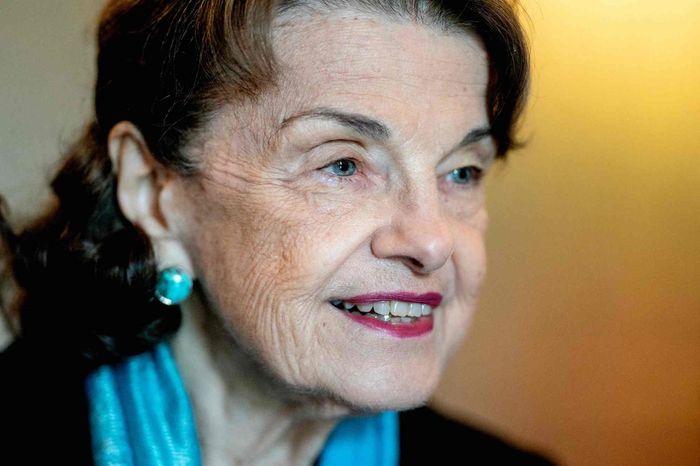 During the second Presidential debate of 1984, in response to the question of whether he was too old to be president, the 73-year-old incumbent, Ronald Reagan, deflected the question by good-naturedly teasing his 56-year-old Democratic opponent, Walter Mondale.

“I will not make age an issue of this campaign,” Reagan says. “I am not going to exploit, for political purposes, my opponent’s youth and inexperience.”

Of course, Reagan was well aware of the reservations a number of people had about someone his age continuing to hold such a demanding job. Playing on those concerns by flipping them gave his quip extra punch.

““The reality is that the racial, ethnic and gender makeup of our political leadership does not accurately reflect the demographic makeup of the country. So why are we singling out age as the primary defining characteristic?””


— Tracey Gendron, chair of Virginia Commonwealth University’s Department of Gerontology and executive director of the Virginia Center on Aging.

But at the time, Reagan wasn’t the only older person with power in Washington. Speaker of the House Tip O’Neill was 72, and Senate President Pro Tempore Strom Thurmond was 82.

Although pessimistic views about getting old have been a longstanding feature of American culture, being a politician of advanced age didn’t carry as much of a stigma back in the 1980s as it does in this election cycle.

Recent articles and op-eds in newspapers and magazines have cited the ages of long-term officeholders — 25 Senators are more than 70 years old and 76 Representatives are at least that age — to suggest that the United States has become a gerontocracy, a government ruled by old people.

What is causing this?

There’s a reason for this growing preoccupation with lawmakers’ ages. “We are living longer, healthier lives than ever before,” says Tracey Gendron, chair of Virginia Commonwealth University’s Department of Gerontology and executive director of the Virginia Center on Aging.

“The average life expectancy in the U.S. is rising, and that trend will continue,” she adds. “Longevity at this scale is a relatively new phenomenon, which is why this conversation is happening more and more.”

Nevertheless, Gendron notes, “describing present-day America as a gerontocracy is an easy, convenient and frankly lazy way to argue the current state of American politics…Age is but one component of a political leader’s identity, as are race, gender, education and experiences, etc.”

“The reality is that the racial, ethnic and gender makeup of our political leadership does not accurately reflect the demographic makeup of the country,” she says. “So why are we singling out age as the primary defining characteristic?”

The politics of ageism

Gendron, the author of “Ageism Unmasked: Exploring Age Bias and How to End It,” believes that ageism has permeated political discourse and that what qualifies people for public service should have little to do with their birthdays. Further, the same criteria for not judging people in other occupations should be applied to political figures as well.

Other experts in the field of aging agree.

“The media have often used derogatory terms like ‘silver tsunami’ to describe the rising numbers of seniors,” notes Dr. Dilip Jeste, professor of psychiatry and neurosciences at the University of California San Diego and past president of the American Psychiatric Association and the American Association for Geriatric Psychiatry.

“This has led to greater scrutiny of older leaders in politics and elsewhere,” Jeste adds. “Just as people should not be stereotyped and stigmatized because of their sex or race/ethnicity, they should not be discriminated due to their chronological age.”

Related: Must be ‘fit and active’ or ‘digital native’: how ageist language keeps older workers out

Like any other “ism,” ageism categorizes and stereotypes people, ignoring the variety of their individual backgrounds, experiences and traits.

“America is diverse, and age is just another part of that diversity,” says Paul Irving, senior fellow and founding chairman of the Center for the Future of Aging at the Milken Institute and a 2016 Next Avenue Influencer in Aging.

“The argument [that America is a gerontocracy] simply reflects negative age bias,” he adds. “Power is found in the hands of people of all ages. Joe Biden is old; Mark Zuckerberg is young. Nancy Pelosi is old; Pete Buttigieg is young. Greta Thunberg is young; Al Gore is old.”

The value of older leaders

Since longevity alone doesn’t explain the reason why older people may hold positions of political power, could there be other factors related to aging that explain why they do?

A case could be made that the leaders of government bodies have been able to rise to those positions because they have been re-elected multiple times and thus over the years have honed the political skills necessary to do their jobs.

“Many people mistakenly think that our development ‘stops’ at some point (e.g., ‘You can’t teach an old dog new tricks’),” says Gendron. “But throughout our entire life, as we age, we continue to develop skills and abilities resulting from our years of experience.”

Adds Irving: “If someone is intelligent, informed, cognitively healthy and passionate about their work, experience and maturity are likely to enhance their effectiveness. Older adults know how to navigate, to deal with internal politics, and to reach multi-sectoral solutions.”

Jeste, who gave a 2015 TEDMED talk on elder wisdom, makes a key point.

“Chronological age is different from biological age — including brain age,” he explains. “Some people in their 80s and even 90s are cognitively functioning at a higher level than some in their 50s and 60s.”

More: Assaults on the ‘gerontocracy’ reek of ageism — creativity and inventiveness don’t fade with birthdays

“It is true that the incidence of Alzheimer’s disease and other dementias increases with age,” he says; “however, it is worth noting that a majority of older people do not develop dementia. Nothing happens overnight on the 60th or 70th or 80th or 90th birthday to make people incompetent as leaders. Aging is heterogeneous — that is, as people get older, they become more different from one another. There is no one size of age that fits all.”

Youth have a place in politics

That’s not to say that young people who seek political office lack advantages or gifts. “Youth bring energy, excitement, ambition, and innovation,” says Jeste, “while older adults bring empathy, emotional regulation, self-reflection, and openness to diverse perspectives, which all are components of wisdom.”

But he poses this caveat: “Needless to add that not all the youth and all the seniors exhibit these traits, but many do.”

That’s the point experts want to make. In elections, considerations other than age should matter at the polls.

“There is no age at which someone is ‘too old’ to run for office or to do anything else,” says Gendron. “Make a determination based on specific issues, views and actions. How well does the candidate represent your personal ideology? Will they support the causes you support?”

Read next: In youth-obsessed Hollywood, this has been a golden summer for older actors

“Focus on the person, not their birth date,” advises Irving. “Whether they are old or young, these decisions should be made based on the candidate’s capability, integrity, leadership skills, performance, and similar factors — about the quality of the individual, not their age.”

In short, there’s no room for age on the ballot.

This article is reprinted by permission from NextAvenue.org, © 2022 Twin Cities Public Television, Inc. All rights reserved.

More from Next Avenue: