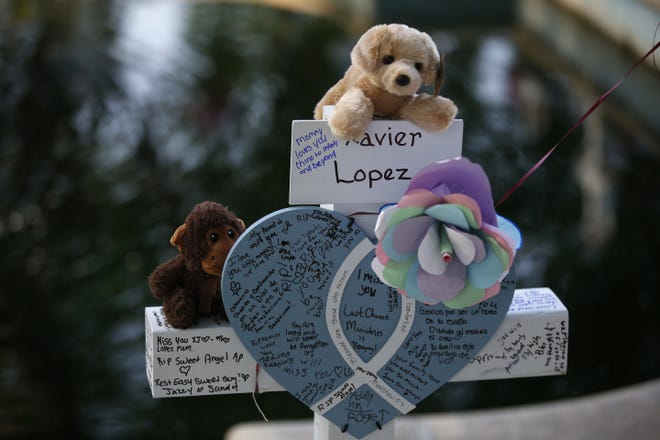 After every mass shooting, politicians, pundits, and your uncle on Twitter will claim that the problem is mental illness and not access to guns.

Making psychiatric disease the bogeyman is politically expedient – it allows policymakers to shy away from the true culprit. It also fits into how the public often views mental illness – as something to fear. Afterall, what else would cause someone to do something so heinous? The problem with this thinking is that it’s wrong.

Of all violent incidents, only about 4% can be attributed to people with mental illness. In research conducted by my team at UTMB, we found that symptoms of several mental health symptoms were not related to carrying or threatening someone with a firearm. Instead, not surprisingly, those with access to guns were over 18 times more likely to have threatened someone with a gun, even after accounting for several demographic variables and mental health symptoms. Adding to all this is the fact that rates of mental illness are similar throughout the world, yet other countries do not come close to sharing our rates of gun violence. What these other countries don’t have are guns.

While it is true that some mass shooters have had diagnosable mental health disorders, they are not representative of the population of individuals with mental illness. Indeed, disorders like depression, anxiety, and ADHD have little to no connection to violence and people with schizophrenia are far more likely to be victims than perpetrators of violence.

It is also true that generally healthy and well-adjusted individuals do not go on killing sprees; however, that does not mean that perpetrators of gun violence necessarily have a treatable mental illness. Instead, situational factors like alcohol and drug use coupled with problems regulating emotion, experiencing a recent loss or stress, anger, and hostility have been linked to gun violence. Further, many instances of “everyday” gun violence and mass shootings can be linked to misogyny, domestic violence, racism, and hatred. These factors – substance use, emotional distress, anger, domestic violence, and xenophobia – are not limited to Americans but similarly afflicted individuals in other countries generally lack ready access to lethal firearms.

The fact is that mental illness is not a primary culprit of gun violence; thus, targeting, registering, and denying second amendment rights to individuals with psychiatric problems will do little to prevent gun-related homicides. On the contrary, misattributing the cause of gun violence further stigmatizes mental illness, creating another barrier to people accessing needed care.

We need to start addressing gun violence for what it is: a public health crisis. Like we have done in our battles with COVID, HIV and cancer, we must make massive and generational investments in gun violence prevention. While solutions must be multifaceted, the focus should be on limiting access to guns and on policies that a vast majority of Americans already agree on.

Red flag laws should be strategically implemented, permitting authorities to remove firearms (albeit temporarily and with due process) from people in danger of harming themselves or others. This will have the dual impact of preventing both suicide and homicide.

Universal background checks should be enacted and enforced, preventing people with a history of violent behaviors from accessing firearms.

Schools and communities should implement evidence-based violence prevention programs that specifically address socio-emotional learning and healthy relationships. These programs should begin early, be universal, and be continuous throughout primary and secondary schooling. Universal implementation means that we will reduce the likelihood that a student falls through the cracks and, as a bonus, kids not at risk for violence will learn important skills to be healthier and happier.

No matter what some might argue on social media or on cable news shows, no diagnosable mental health condition can explain mass shootings like Uvalde. We must do something about this uniquely American problem and that something shouldn’t be limited to red herrings like mental illness.

Temple is a licensed psychologist and professor at UTMB Health, where he serves as the Vice Dean for Research at the School of Nursing. He is the founding director of the Center for Violence Prevention.