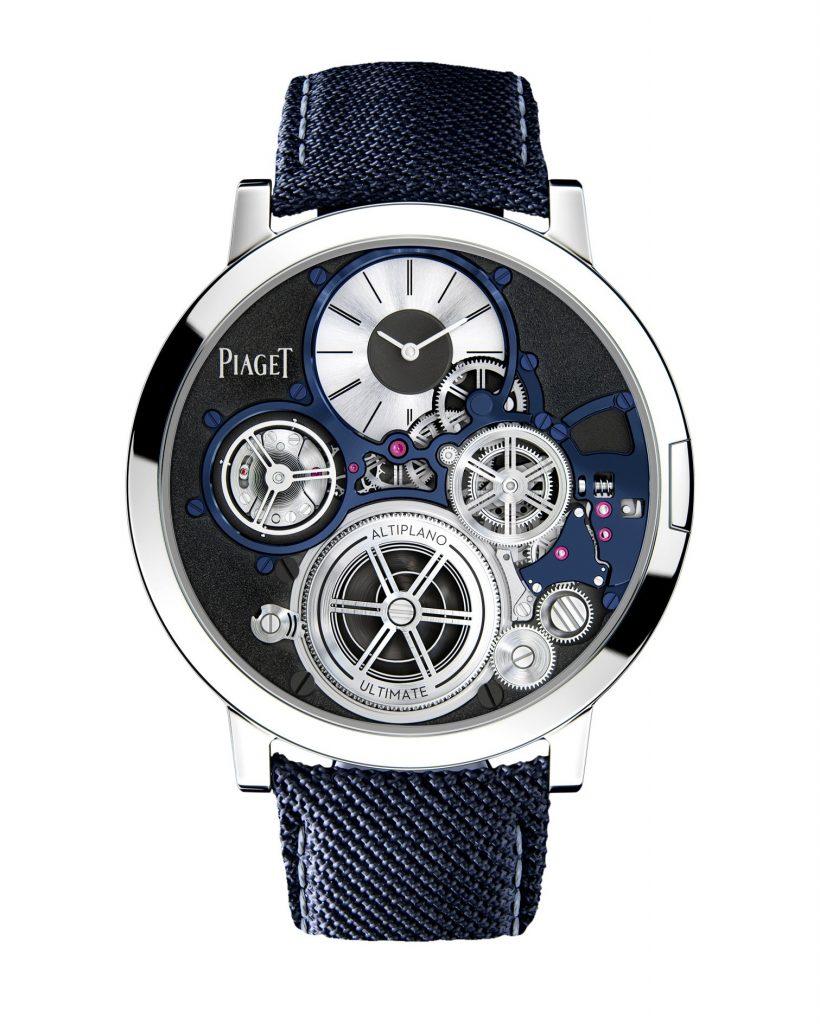 Watchmakers love a good arms race. The first and perhaps most enduring being the race to equip a timepiece with the maximum number of functions, or complications—a distinction currently held by Vacheron Constantin’s breakthrough Reference 57260, released in 2015, which has 57 of them. Then, of course, there’s the matter of depth. Among diving watches, Omega trumps all with its 6,000-meter Seamaster Planet Ocean Ultra Deep, as covered in this column earlier this year.

Now attention has shifted to thinness. The title of world’s thinnest mechanical watch has been held by Piaget’s Altiplano Ultimate Concept: The entire watch is just 2-mm thick, achieved with a mixture of new techniques and micron-level-precision component manufacturing, most notably doing away with a baseplate and building the movement straight on the caseback.

But tiny measurements can create huge problems. Presented in 2018, the Altiplano only went into production in 2020 (with no more than 10 pieces being made a year) and required extreme feats of engineering, including adjustments to allow for minute distortions created by the pressure in an aircraft cabin so that the crystal would not come into contact with the hands and interrupt the functioning of the movement.

Then in late March of this year, Bulgari’s 1.8-mm Octo Finissimo Ultra nabbed the world’s thinnest title. It, too, saved space with the caseback doubling as a baseplate while, interestingly, displaying hours, minutes, and seconds on separate dials—the logic being that more wheels made for fewer overlaps, ergo less height. For winding and setting, instead of a crown there are two toothed wheels mounted on the caseback. It’s entirely in keeping with the aesthetic of the Octo Finissimo, one of the few genuinely iconic watch designs of the 21st century. With this record, the Italian jeweler added to its reputation in high watchmaking.

Bulgari’s stint at the top ended in about three months. In July, Richard Mille and Ferrari joined forces to unveil an even thinner watch. The RM UP-01 is just 1.75 mm, looks like a credit card, and is an amazing feat. But statistics alone do not tell the full story of the RM UP-01.

It is a conceptually radical watch. The components are unstacked and arranged in a planar fashion across a large surface area, and the hands, normally discrete components, are applied directly onto the wheels. Incredibly, and unlike Piaget’s and Bulgari’s thin creations, Richard Mille respects the traditional concept of a movement with a baseplate housed within a case. Given the Ferrari partnership—“most visibly expressed in the choice of materials and execution of the watch,” according to the brand—it’s helpful to think of the RM UP-01 as comparable to an Formula 1 car. Just as those vehicles bear only a partial resemblance to a standard road car, the RM UP-01 looks unusual for a watch. The design is a departure from the familiar high-tech tonneau with which the brand is associated, but there are some familiar Mille touches, like the spline screws studding the bezel.

The RM UP-01 is extreme watchmaking at its most daring, challenging the accepted notion of what a watch looks like and pushing the technology and ingenuity required to create it. But record-breaking doesn’t come cheap. At almost $1.9 million, you are paying just over a thousand dollars per micron.

A version of this tory originally appeared in the October 2022 issue of GQ with the title “Survival of the Slimmest”.