EA announced today that starting next month, the base Sims 4 game on all platforms will be free to download and play. It also announced an upcoming livestream in which Maxis will lay out its plans for the game’s future updates.

The Sims 4 is the latest entry in the long-running and incredibly popular life simulation franchise. Like past games in the series, it lets players create their own characters and homes, then watch these digital people live out full lives and help them get jobs, find friendship, or even trap them all in pools to slowly die. Fun stuff. The Sims 4 might be the “newest” game in the series, but it’s not young. It was first released eight years ago in September 2014. Since then, EA has released over 50 pieces of paid DLC for the game in various forms, including large expansions and smaller stuff like kit packs.

The most recent expansion, High School Years, launched in July of this year. It was fairly well received, once EA, uh…removed all the bugs causing incestuous relationships. To be clear: None of this DLC or expansion content is suddenly going free for everyone. But the original base Sims 4 game—released nearly a decade ago—will be completely free to download and play starting October 18, 2022. And that’s not just on PC. EA announced Sims 4 will be free on EA’s Origin store on PC, Steam, PS4, PS5, Xbox Series X/S, Xbox One, and Mac.

“Our community has continued to inspire us with the billions of unique Sims they’ve created, the countless stories they’ve told, and the remarkable builds they’ve designed,” said EA in its official announcement of the news. “We’re excited to continue to welcome in more players than ever to create new stories, and explore without boundaries. The Sims has always been about celebrating new ways to play and offers so many possibilities to discover.” 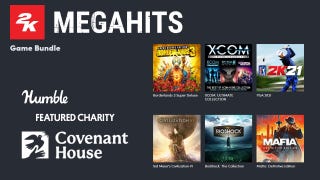 For folks who already own The Sims 4, EA announced that current owners will get the new Desert Luxe kit for free if they log in to the game before October 17.