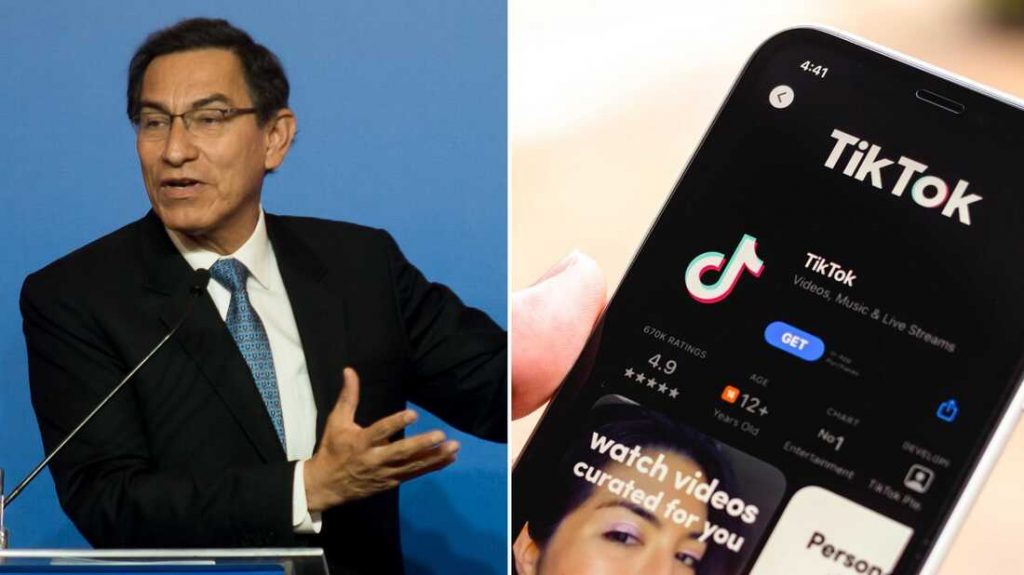 The viral song “Mi Bebito Fiu Fiu,” inspired by the former Peruvian president Martín Vizcarra, has become an unlikely global hit thanks to platforms like TikTok.

The viral song “Mi Bebito Fiu Fiu,” inspired by the former Peruvian president Martín Vizcarra, has become an unlikely global hit thanks to platforms like TikTok.

“Chocolate flavored caramel, drench me like so,” goes the translated chorus of the viral song “Mi Bebito Fiu Fiu.” “Like display window pastry rolls covered in powdered sugar, roll me like so. … It is you, my little baby boy, fiu fiu.”

With its addictive, sugary-sweet chorus, the Peruvian song “Mi Bebito Fiu Fiu” has all the elements of a commercial pop song, destined to become a summer staple. But the “baby boy” at the center of the flirty hit takes inspiration from a surprising figure — the unlikely subject of “Mi Bebito Fiu Fiu” is actually the politician and former president of Peru, Martín Vizcarra, whose alleged affair with the lawyer Zully Pinchi serves as the source material for the viral hit.

The song’s lyrics are the backdrop to a ballad about an unnamed woman lusting after Vizcarra. Set to the melody of Eminem and Dido’s ode to love and unreciprocated obsession, “Stan,” the song draws its lyrics from WhatsApp messages allegedly exchanged between Vizcarra and political contender, author and lawyer Zully Pinchi, as well as the widely circulated love poem “¡Las noches que te soñé!” penned by Pinchi in 2014.

Written and performed by producer Alberto Silva of Tito Silva Music and his colleague Tefi C, “Mi Bebito Fiu Fiu,” has become a peculiar global hit. The song’s hashtag #mibebitofiufiu has over 1 billion views on TikTok, and the track originally had streams in the millions on YouTube. Reaching #1 on Spotify’s Global Viral 50 playlist at the beginning of July, “Mi Bebito Fiu Fiu,” quickly outpaced Kate Bush’s “Running Up That Hill (A Deal With God)” in popularity on the playlist.

For weeks the song circulated in Peru, but as it became reinterpreted and replayed on TikTok, “Mi Bebito Fiu Fiu” went global. Since it was posted on social media in late May, the song has been covered in Chinese and French, remixed in the style of salsa and cumbia and transformed into a nightclub hit. Earlier this month, Bad Bunny harmonized a few lyrics from the song during an Instagram live to his 41.5 million followers.

The hit has made Silva a celebrity in Peru and solidified his role as musical and political cartoonist. Before “Mi Bebito Fiu Fiu,” Silva garnered national attention for his remixes of political moments set to music, including previous speeches and statements from Vizcarra and Peruvian president Pedro Castillo.

The song’s backstory begins in early 2022 when Vizcarra took a trip to Cusco, Peru while campaigning for his political party. The trip followed a tumultuous few years for the then ex-president, who was previously impeached in 2020 on charges of “moral incapacity.” A 2021 story published by Peruvian outlet El Comercio also found that the former president had received, along with 400-plus other high ranking officials, early access to the COVID-19 vaccine, a scandal dubbed “Vacunagate” (“Vaccinegate”).

Vizcarra’s trip to Cusco this year became further scrutinized after the Peruvian reporting show Panorama aired excerpts from an alleged WhatsApp conversation between the former president and Pinchi, to demonstrate Vizcarra had violated judges’ orders to solely to promote his political organization Perú Primero during his visit. Set to dramatic music, a reporter reads out the sensationalist texts that document an alleged meeting between Vizcarra and Pinchi. “Fiuuu, fiuuu,” Pinchi replies — a Spanish, flirty wolf-whistle — to a selfie of Vizcarra according to the texts, coining the central motif of Silva’s hit.

Both Vizcarra and Pinchi deny that they maintained a romantic relationship, and following accusations of infidelity Vizcarra issued a live video statement on his Facebook. “For me, the most important thing in my life, the most important thing is my family. The family that I formed with Maribel, my wife, thirty years ago, the woman I love and the woman I want to live with, until the last of my days,” the ex-president said.

Tito Silva, who declined to comment for this story, told the Peruvian TV Show 24 Horas in June that he and Tefi C wrote, produced and sang the song quickly. “This song is actually a fictional story,” Tefi C said on the show. “It is about a girl who is in love with her former president. And I play that girl who is super in love and is heartbroken because her president is married and she cannot be the keeper of his heart.”

A song designed for virality

As its popularity grew, “Mi Bebito Fiu Fiu” quickly took on a life of its own, as millions of people began to make the song whatever they wanted it to be. And yet on July 8 Silva removed the song from YouTube and Spotify, raising concerns that the song was potentially targeted for its borrowing of “Stan.” In an Instagram post, Silva explained that the removal was not due to copyright issues.

“It is a parody with a Peruvian political context and I imagine that it can cause some discomfort,” he said. “I understand that sentiment and I share it, and for that reason it is no longer available on streaming platforms, and I also decided to remove it from my social networks.” In the last few weeks the song has disappeared and reappeared from streaming services, still appearing in the upper levels of the Viral Top 50 Global Chart.

But despite its disappearances from services, “Mi Bebito Fiu Fiu” has continued to transform with remixes, parodies and memes that continue to write over the song with new meaning, for new audiences. People have set videos of their pets, lovers and other presidents to “Mi Bebito Fiu Fiu.” The song Natalie Portman plays for Zach Braff in the hospital reception room in Garden State? That’s now “Mi Bebito Fiu Fiu.”

The song has even been received with some levity by public officials in Peru. Susel Paredes, Peruvian Congresswoman, admits she has listened to the song “thousands of times” and thinks it’s “really good.” In a recent video clip captured and posted on social media, Martín Vizcarra was even greeted by a new legion of fans. Snapping selfies with the ex-president, they serenaded him with “Mi Bebito Fiu Fiu,” his controversial public image from the era of Vacunagate suddenly transformed by Silva’s creation.

For a song that has only been out in the world for nearly two months, its popularity and global appeal endure. And while the lyrics of “Mi Bebito Fiu Fiu” may have a unique, scandalous backstory, the song has ultimately become a vessel for the internet to channel its collective creativity and romantic impulses, its meaning constantly changing in ways beyond what Silva and Vizcarra can control. Designed for maximum virality, everyone can have a piece of “Mi Bebito Fiu Fiu.”