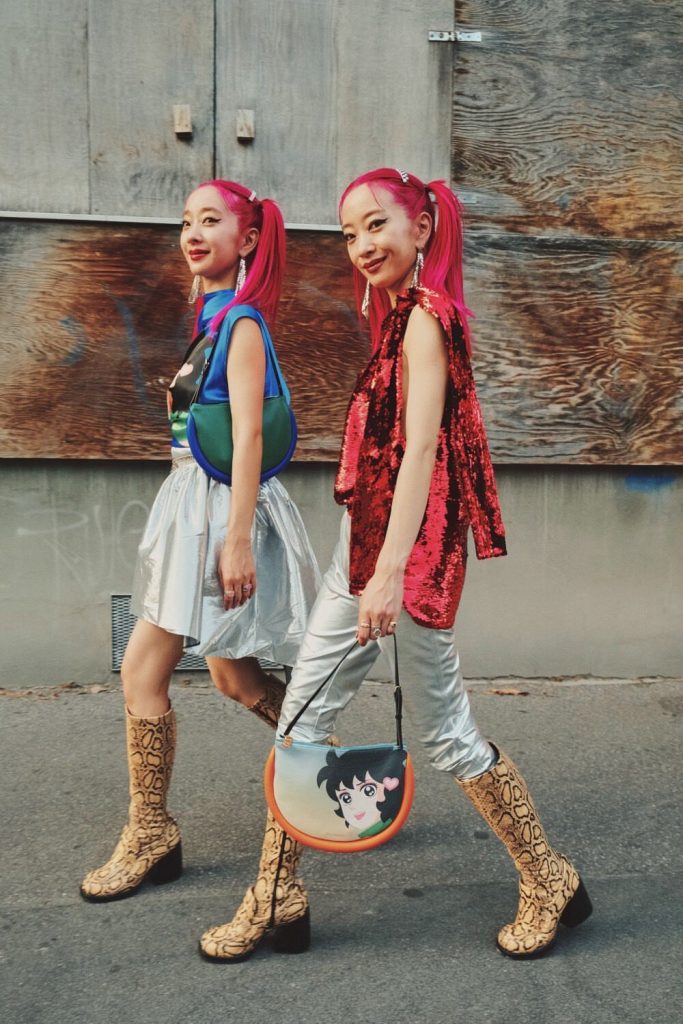 There are, of course, certain drawbacks when you’re booked for jobs as a package deal. Though they look completely indistinguishable, Mohammed and Hamaid have different tastes. Hamaid, for one, is a tea person. Mohammed is a coffee person. But once they’re done with breakfast, they have to agree on what brands to work with and what look to rock. “The image represents the two of us, not one of us,” Mohammed said. Like all twins, they fight often. “It’s too selfish if only one of us decides,” Mohammed said.

The models Brett and Scott Staniland also share a wardrobe, but they’ve carved out a different brand of twinfluencership. “There is a novelty in seeing double, seeing twice the outfit,” said Scott after the Reese Cooper show. Brett was nowhere to be found; he was at a show across town. The Stanilands have worked hard to distinguish themselves as their own separate talents, despite understanding that twins are social media bait. “Incorporating your own style is vital to us,” said Scott, who followed Brett’s lead when the latter developed an obsession with menswear as a teenager. “When twins are dressed by brands and wear the same outfits, it’s very much like, This is what our parents dressed us in for this fashion show today. And that just hurts me.”

Most twinfluencers run shared social accounts, but Brett and Scott have decided to go it alone. “We wanted to be models independently, but we did have a manager who was like, you need a joint account where you post all the twin pics,” Scott said. They know they might be leaving money on the table by turning down opportunities to be dressed the same for shows and campaigns, but they’ve got their sights set on different types of success. Brett, a former contestant on Love Island, is editing his PhD dissertation in public health in between shows, while Scott is an advocate for sustainability in fashion (hence the shared wardrobe). “Scott has his own clients, and I have mine,” Brett said, “and they don’t cross over.” Of course, when they arrive at shows together, their trousers might be different colors, and their nails painted with varied shades of lacquer, but street style photographers still swarm. Such is the power of the twin pic.

The Stanilands are wise, though, to be pursuing their own independent hustles. To be existing outside their identity as twins. Because here come the triplets.