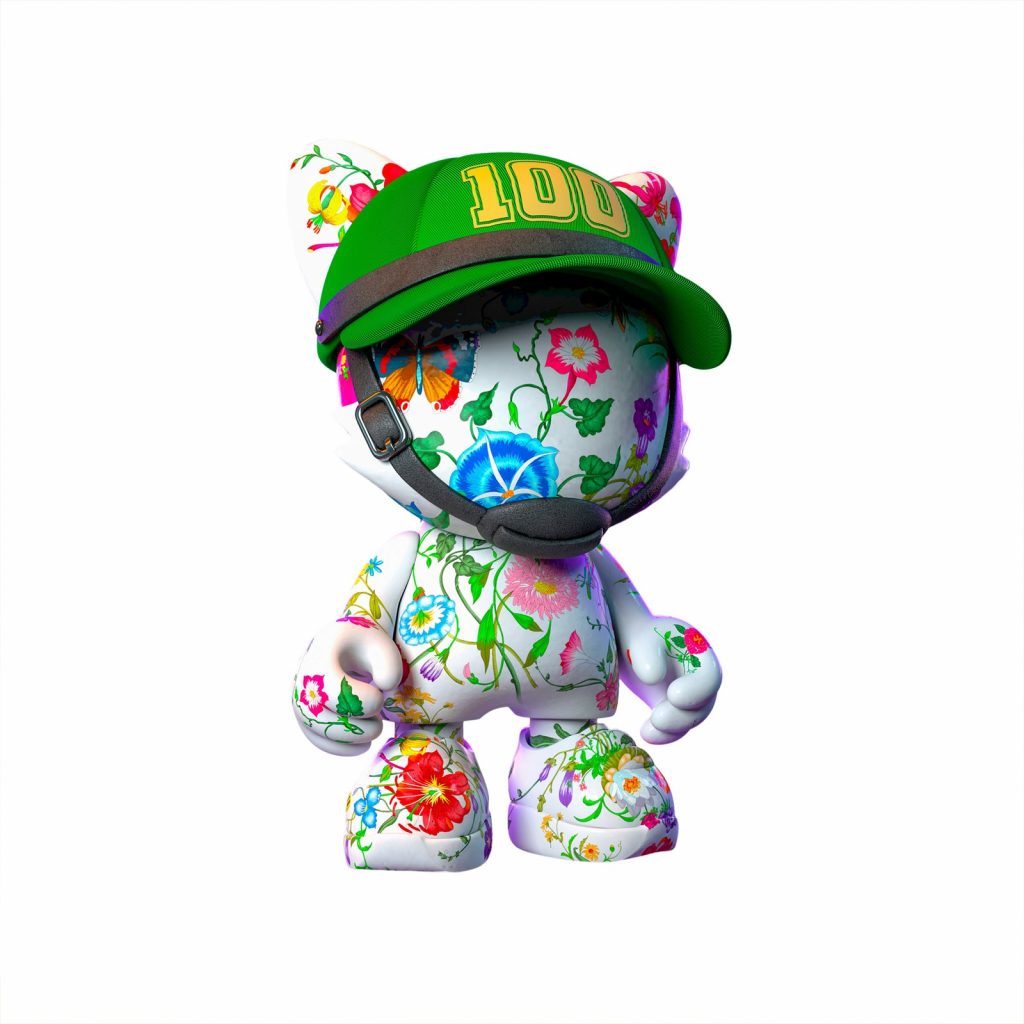 In the metaverse, you can theoretically take on any shape or form you wish. You can be shapeless, translucent, invisible. To get a little kooky and metaphysical, it means that fashion will soon evolve past a mere outward expression of our inner selves and instead become a truer manifestation of, as Kim puts it, “what your soul is.”

“Some people might identify as a blue square,” Kim says. “Some people might identify as a telephone pole. And that sounds really crazy and silly, and it might offend a lot of people, but just think about what that means. It’s not that these people actually think that they’re a telephone pole in the physical world. But for whatever reason, as art, that’s how they would like to express themselves, because it says something about them.” In other words: The form you choose to take in the metaverse serves the same purpose as the clothes you wear in the real world—the avatar itself is fashion.

The main thing standing in the way of that abstract vision of infinite possibilities? The technology hasn’t quite caught up with our boundless imaginations just yet. The processing capabilities on the average laptop or smartphone just aren’t up to snuff if we’re going to experience the seamless, high-definition visual expression most futurists are envisioning—some of the biggest platforms, like The Sandbox and Decentraland, remain stuck with blocky graphics that look straight out of an ’80s sci-fi movie in order to help them run smoothly across wide audiences. And at present, for all the hype and investment, the metaverse remains a difficult thing for most people to engage with. It’s currently a loose assembly of arenas—centralized gaming platforms, decentralized open worlds, the blockchain, social media—all competing for your money and attention, like a dizzying Moroccan bazaar.

That’s where innovators like Charli Cohen come into play. Cohen, a 32-year-old British fashion designer, has been at the forefront of the digital fashion revolution for close to a decade. She began experimenting with augmented reality alongside her physical fashion line as a means of engaging with a wider global audience, before eventually collaborating with games like Assassin’s Creed and helping to usher traditional fashion companies like Selfridges into Web3. Now, she’s looking to streamline the digital fashion experience through RSTLSS, her brand-new Paris Hilton–backed platform that aims to bust through the virtual walls currently stifling creators and consumers alike.

“We were doing more and more collaborations where we were placing products in multiple game and social environments,” Cohen says. “It was just a very convoluted process, very tricky with licensing, and not a great experience for the customers.” RSTLSS aims to eliminate all of that clunkiness, allowing users to customize wearables (i.e., digital clothing for their avatars), mint them as NFTs, and then take them into a whole range of metaverse locations—video games, open worlds, social media avatars—as well as buy a physical version to wear IRL. If you want, hypothetically, a new Billie Eilish hoodie, you can make a single purchase on RSTLSS and then wear that hoodie on Fortnite, in Decentraland, on Twitter, and to school.