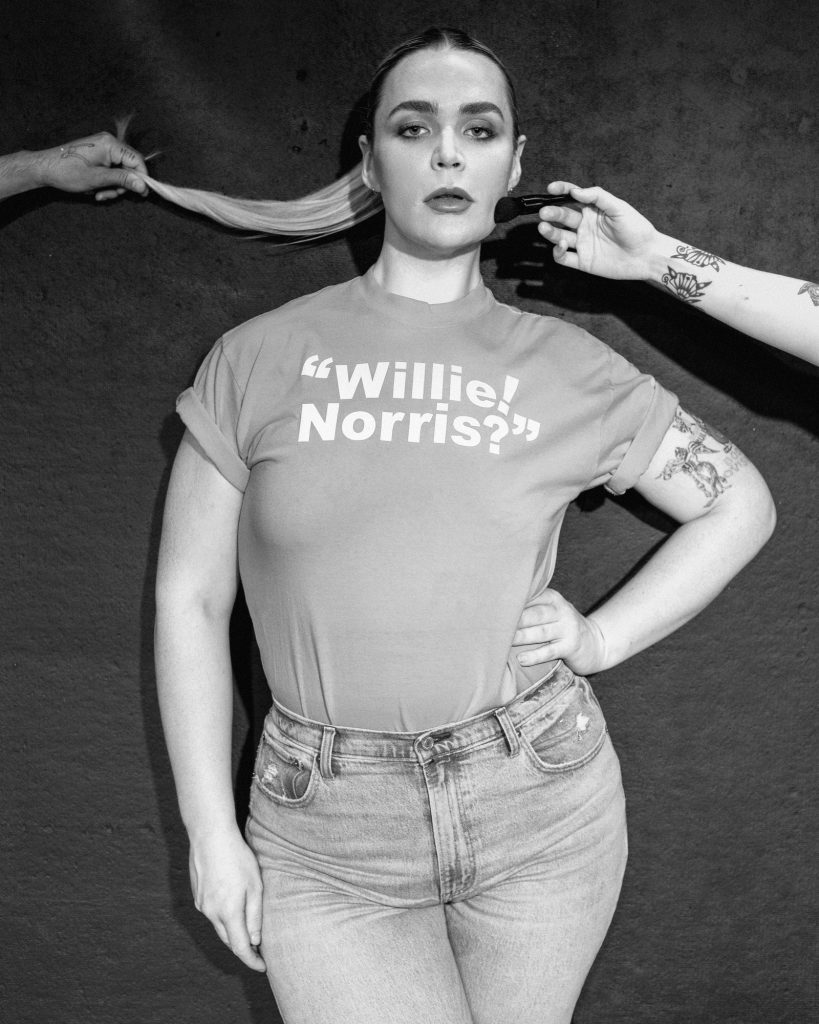 But Norris’s very presence at Outlier, regardless of the brand’s output, is radical. “Let’s be real; nothing like me has ever existed in fashion,” she says as our second round of drinks arrives. She’s not wrong: trans representation in fashion is still sparse. It was only in the fall of 2019 when the lead designer of No Sesso, Pierre Davis, made history as the first trans woman to present a collection on the official New York Fashion Week calendar (though other nonbinary and trans designers had shown off-schedule during previous seasons).

Norris tells me all this with her hands and takes the extra time between words to enunciate vowels. There is an intensity to the cadence of our conversation. We rarely talk over each other or get side-tracked, and she wants me to know that she is serious about forging a legacy in an often-fickle business. “Fashion finds someone, and they provide exposure, but they don’t provide anything else to sustain a career. So when I started just believing in the fact that I have enough integrity and enough staying power to be doing this for the rest of my life… that acknowledgment became my freedom,” she explains.

Norris’ professional journey has been highly personal, too. During the pandemic and after breaking up with her first live-in boyfriend, she started to become more vocal about her trans identity. “I remember I made a Reddit post [at Outlier]. I said, ‘Hey guys, I’ve been designing your clothes for Outlier, and just so you know, I’m a trans woman. My pronouns are She/Her, but please, whenever possible, refer to me as Willie.’ That’s all I want, and that’s all I ask for,” she explains. The conversations were neither linear nor easy, but they were necessary. “It’s really intense reintroducing yourself,” she says now. “There is so much emotional labor when you have to have these conversations. I always just prefer [saying] ‘Call me Willie,’ because I deeply identify as a woman, but if you say, Willie, I feel very grounded.”