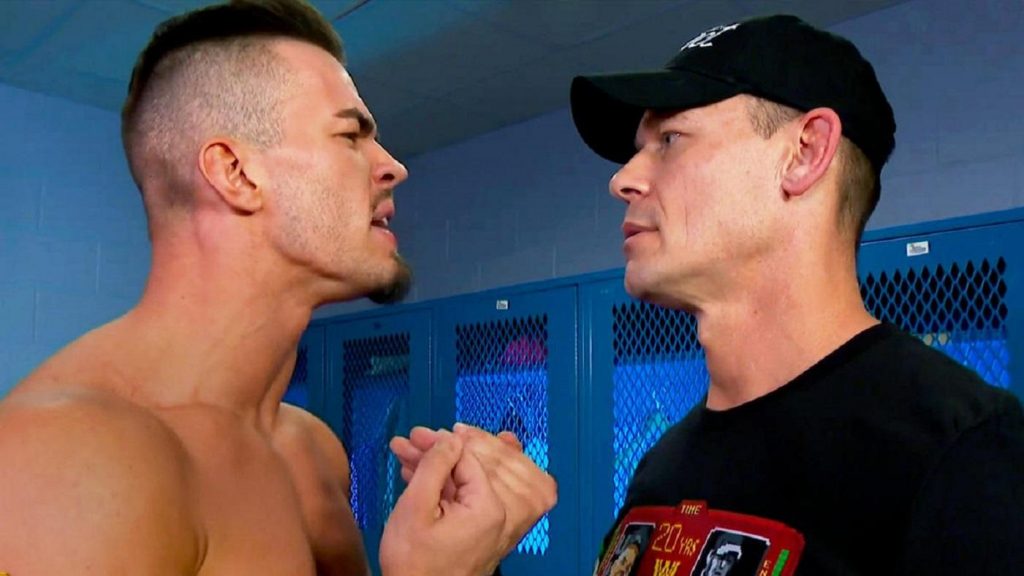 Theory is a man with a dream. The WWE superstar has tried to mimic much of his life and career in the way that his idol, John Cena, did when he was first coming up. The 25-year-old is hopeful that one day he will share the limelight of WrestleMania with the man 20 years his senior.

Theory patterned more than just his WWE career after Cena. He looked to Cena as something of a father figure. Theory pursued bodybuilding at 17 much like Cena did after graduating college. Both men earned the United States championship early on in their runs as well with many thinking that Theory could eventually follow down the same path as Cena as a face of the company.

“It’s so weird to meet somebody and pretty much have to explain to them, ‘I modeled my whole life after you.’ It’s one of those things as a kid getting bullied, my dad not being in my life a lot. Cena, I could watch him and just escape. It was the connection to his personality,” Theory told CBS Sports ahead of Clash at the Castle in Cardiff, Wales on Sept. 3. “And that’s something I learned from him. He told me, ‘Don’t ever think people go out there and want people to connect to their performance. Nobody will connect to your performance unless they connect to your personality.’

“I started thinking, even with that process through NXT to finally being drafted to Raw officially, it was a time to figure stuff out. How can I connect to them with my personality? This is a world in WWE where everybody can kill it in the ring. Everyone can go hard in the ring. So what’s going to set you aside from killing it in the ring? I learned that from him.”

Check out the full interview with Theory below.

There were rumors that Cena vs. Theory was in talks for SummerSlam in July. The match did not materialize, but Theory is “pretty confident” it could happen at WrestleMania. Theory would be attempting to prove on WWE’s greatest stage that he has the same kind of elite skills as his idol that allowed Cena to carry the company for an era. It would be the realization of a childhood dream so improbable that it’s nearly incomprehensible.

“To have that moment with him, the person that — I had to put in my own work — but somebody that got me to the dance mentally, it takes the words out of my mouth to think of that actually happening,” Theory said.