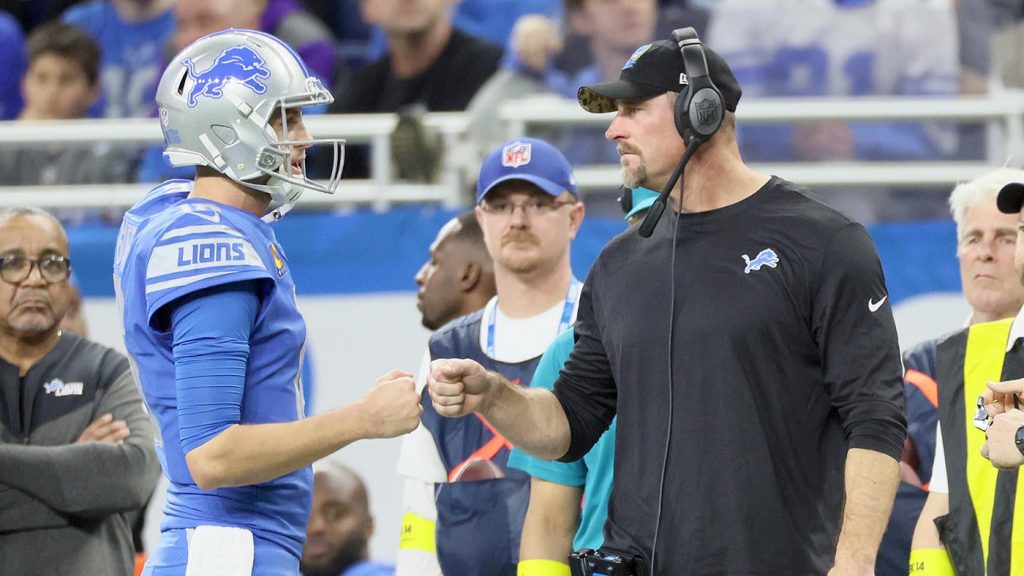 Welcome to the Christmas Eve Eve edition of the Pick Six newsletter!

So I ran into Santa last night and I have some good news: It appears every one of you made the nice list this year, so as a present from me to you, you’re getting a newsletter today! Actually, you were going to get one no matter what, but I feel a lot better about writing it knowing that everyone made the nice list.

We were all so good this year that the NFL is giving us three straight days full of NFL games (Saturday, Sunday, Monday). Remember, Saturday is the new Sunday this week with 11 games being played tomorrow on Christmas Eve. One day later, the NFL will be giving us three games on Christmas (You can see the full weekend schedule here).

One of the games coming on Christmas will be Broncos at Rams on CBS and since both teams are struggling this year, we decided to spice things up. Not only will that game also air on Nickelodeon, but the two teams will be wearing special ugly Christmas sweater uniforms. OK, that last part won’t actually be happening, but CBS did pull a prank on both Rams and Broncos players to make them THINK it would be happening and you can see that here.

Remember, if you’re hanging out with family and/or friends this weekend, you should tell them all to sign up for the newsletter. To get them signed up, all you have to do is click here and then share this link with them. Signing someone up makes a great holiday gift and that’s mainly because it’s free. Everyone loves free. Alright, let’s get to the rundown.

Four weeks ago, it seemed like the Jaguars would need a Christmas miracle to win the AFC South, but now, it seems like a very realistic possibility following their dominating 19-3 win over the Jets on Thursday night.

Ryan Wilson, Will Brinson and I got together after the game to record a 40-minute podcast about the Jaguars’ win and what ramifications it might have on the AFC playoff race. Here are a few key points from the game that we went over:

If you want to hear our entire recap of the game, be sure to click here. You can also watch today’s episode on YouTube by clicking here.

The best part about Friday — besides the fact that it’s Friday — is that you get two episodes of the podcast in your feed. After recording the Thursday night postgame podcast with Wilson and myself, Brinson kicked us to the curb so that he could record his weekly picks show with Pete Prisco and R.J. White.

Those three guys spent nearly 60 minutes going over their best bets for every single game being played in Week 16, and we’re going to cover three of those bets from each guy below.

To hear what the rest of the best bets are for Week 16 — and there are quite a few — you can check out the episode on YouTube by clicking here.

This is the final newsletter of the week, which means we will be cramming as many picks as humanly possible into this space.

With that in mind, we’ve got four more Week 16 picks coming your way, and those will be coming from NFL senior writer Pete Prisco, along with Jordan Dajani, Tyler Sullivan and myself.

4. Bold predictions for Week 16: Tom Brady and the Buccaneers finally explode on offense

There’s nothing we love here more than making bold predictions, so we asked Jared Dubin to come up with some for Week 16.

With that in mind, let’s take a look at his predictions:

For a full look at Dubin’s bold predictions, be sure to click here.

It’s not just Christmas this weekend, it could also be a Merry Clinchmas for four different teams around the NFL. By the end of the weekend, 10 of the NFL’s 14 playoff spots could be taken.

Here are the three teams that can clinch a playoff berth, and two teams that could clinch a division title in Week 16 and what they need to do to clinch:

Remember, this just represents the easiest clinching/elimination scenario for each of these teams. For a look at every possible playoff-clinching scenario, be sure to click here.

If you’re scoring at home, here’s a list of the teams that have already clinched:

Although seven playoffs spots are locked up, all seven seeds in each conference are still wide open since none of them have been clinched, which should add some serious drama to the final three weeks of the regular season.

6. Five best and five worst moves from the 2022 offseason

With the NFL season headed into Week 16, we thought now would be a good time to look back at some of the offseason’s biggest moves and see how they panned out. With that in mind, we had Jeff Kerr rank the five best moves from the 2022 offseason and the five worst moves.

I’m starting to think Jeff should have made a list that included only moves made by the Eagles and then a separate list for the other 31 teams. If you want to see a full explanation of these rankings, be sure to click here.

Although there are plenty of big acquisitions every March when the free agency period starts, the fact of the matter is that most big moves — whether they’re signings or trades — don’t end up panning out, which brings us to our list of the five worst moves.

The Wilson trade was especially bad because not only did the Broncos give up a lot of draft capital to acquire him, but they also gave him a monstrous contract extension, which means they’re stuck with him whether he gets things figure out or not. If you want to know why these moves were ranked the worst, be sure to click here.

We also went back and re-graded some of the biggest trades of the 2022 offseason and if you want to check out that story, be sure to click here (Spoiler alert: The Wilson trade got a D.)

Finally, since Christmas is this weekend, we thought it would make sense to end on a holiday note: We went through and made a list of what would be the perfect gift for each NFL team and you can check out that list here.